Also known as the Midship Runabout-Sports, the newest MR2 took a different approach than its predecessor, most obviously becoming a convertible and receiving the ‘Spyder’ marketing nomenclature.

The first prototype of MR-S appeared in 1997 at the Tokyo Motor Show. The MR2 Spyder chief engineer Harunori Shiratori said, “First, we wanted true driver enjoyment, blending good movement, low inertia, and lightweight. Then, a long wheelbase to achieve high stability and fresh new styling; a mid-engine design to create excellent handling and steering without the weight of the engine upfront; a body structure as simple as possible to allow for easy customizing, and low cost to the consumer.”

The only engine available for the ZZW30 was the all-aluminium alloy 1ZZ-FED, a 1.8 L (1,794 cc) Inline-four engine. Like its predecessors, it used DOHC and 4 valves per cylinder. The intake camshaft timing was adjustable via the VVT-i system, which was introduced earlier on the 1998 MR2 in some markets. Unlike its predecessors, however, the engine was placed onto the car the other way round, with the exhaust manifold towards the rear of the car instead of towards the front. The maximum power of 138 bhp (140 PS; 103 kW) at 6,400 rpm and 126 lb⋅ft (171 N⋅m) of torque at 4,400 rpm was quite a drop from the previous generation, but thanks to the lightness of the car it could still move quite quickly, accelerating from 0 to 100 km/h (62 mph) in 6.8 to 8.7 seconds depending on the transmission option, the SMT being unable to launch and shift as quickly as the clutch operated manual. Curb weight is 996 kg (2,195 lb) for manual transmission models.

In addition to the 5-speed manual transmission, a 6-speed manual or 5-speed SMT was also available starting in 2002. The SMT was a standard feature in the Australian market; however, air conditioning was optional. After 2003, a 6-speed SMT was an option. The SMT had no conventional H-pattern shift lever or clutch pedal. The driver could shift gears by tapping the shift lever forward or backward or by pressing steering-wheel-mounted buttons. The electro-hydraulic clutch engagement is automatic, and the car will automatically shift to second and then first gear when stopping. Cruise control was never offered with the manual transmission but was standard for SMT-equipped cars.

The MR2 Spyder featured a heated glass rear window. A hardtop was also available from Toyota in Japan and Europe. 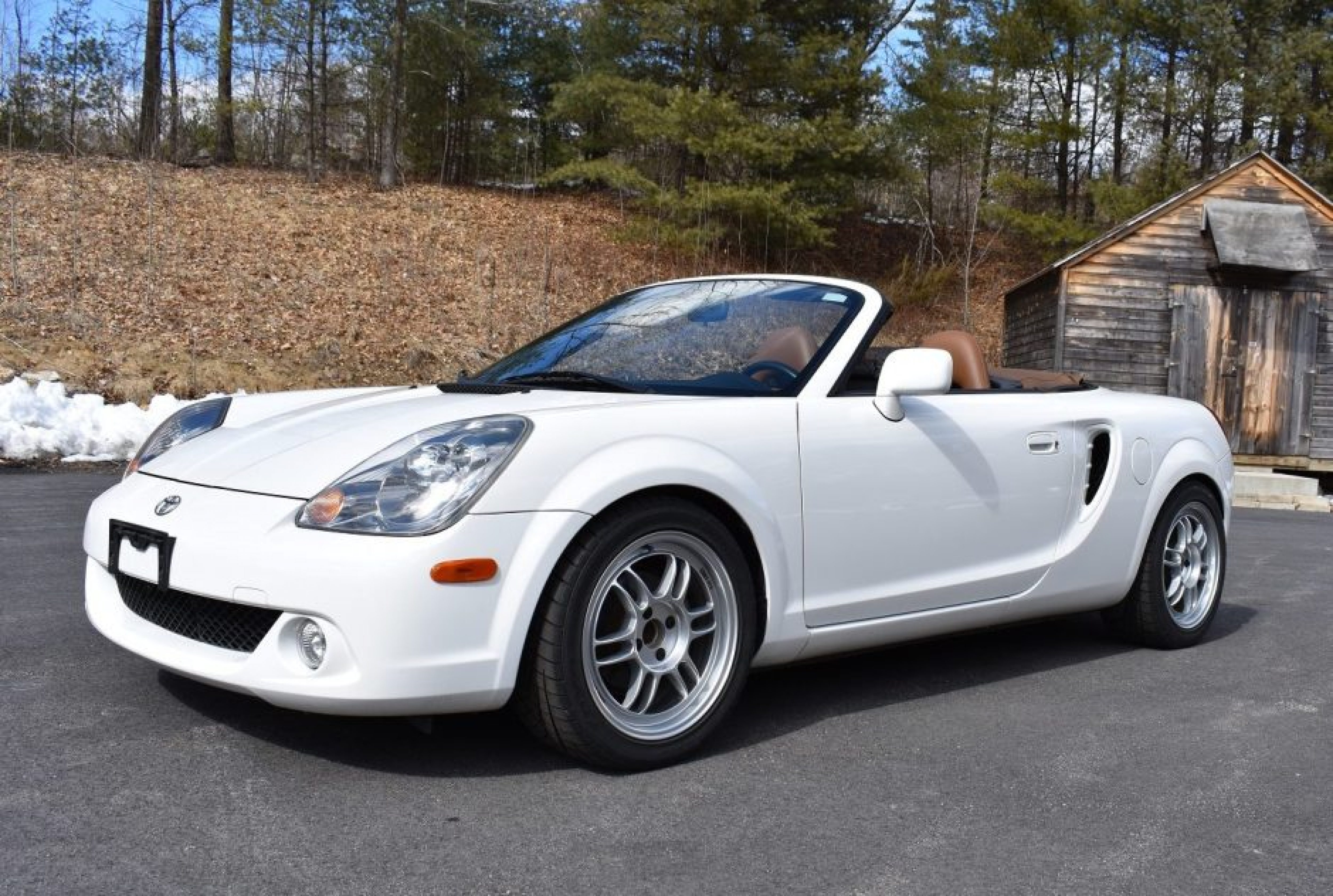