Interesting Fact: The Oldsmobile Super 88 is a full-size car that was produced from 1949 to 1999 by Oldsmobile. From 1949 to 1951, the Oldsmobile 88 was one of the best performing automobiles around due to its small size and its light weight V8 engine.

The base 88 is arguably one of the first muscle cars to ever be produced. A more powerful variant, the Super 88, was released in 1951 that features a more luxurious interior and a new B-body frame. A new four-barrel carburetor in 1952 allowed the Super 88 to produce 160 horsepower.

With the second generation of the 88 series, a hardtop four-door version was released, and air conditioning officially became an option. By 1956, the horsepower for the Super 88 had increased to 240 and the vehicle was still top of the line for Oldsmobile. Advancement continued over the years and the Super 88 continued as one of the highest-performing vehicles of all time. Due to this, car enthusiasts still seek out the Super 88 to add to their collections! 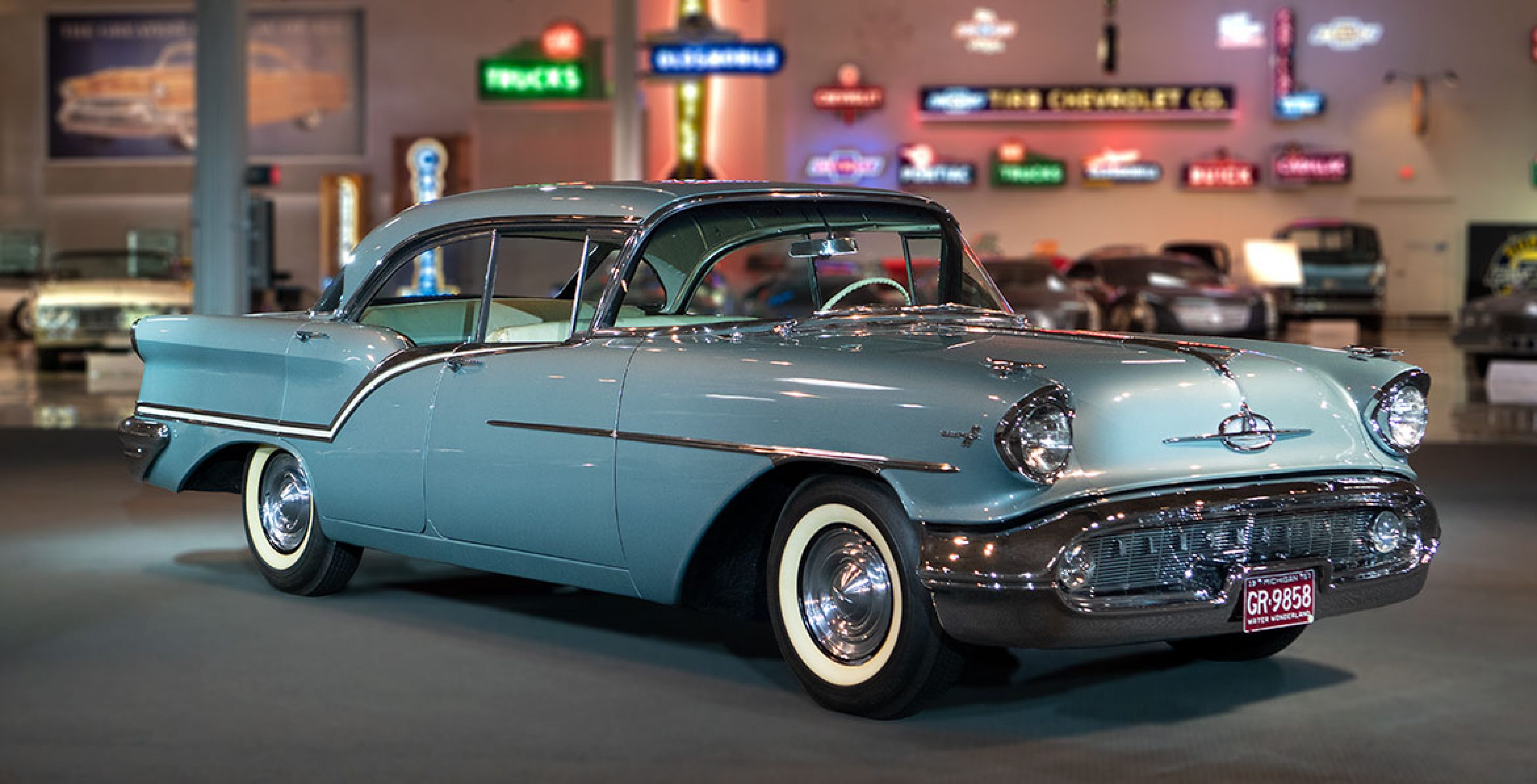