The Nissan Figaro is a front-engine, front-wheel drive, two-door, 2+2, fixed-profile convertible manufactured by Nissan for model year 1991, and marketed in Japan at Nissan Cherry Stores.

A total of 20,073 Figaros were produced by Nissan in the convertible’s single year of series production—all with right hand drive. There are a few examples of left-hand drive conversions for those countries that have right hand traffic.

With its design variously attributed to Naoki Sakai and/or Shoji Takahashi, the design recalls that of the Gutbrod Superior, a German fixed-profile convertible marketed from 1950-1954.

Because of its origins at Pike Factory, Nissan’s special project group, the Figaro (along with the Nissan Pao, Be-1 and S-Cargo) are known as Nissan’s “Pike cars,” and represented a design strategy that adapted “design and marketing strategies from other industries like personal electronics. 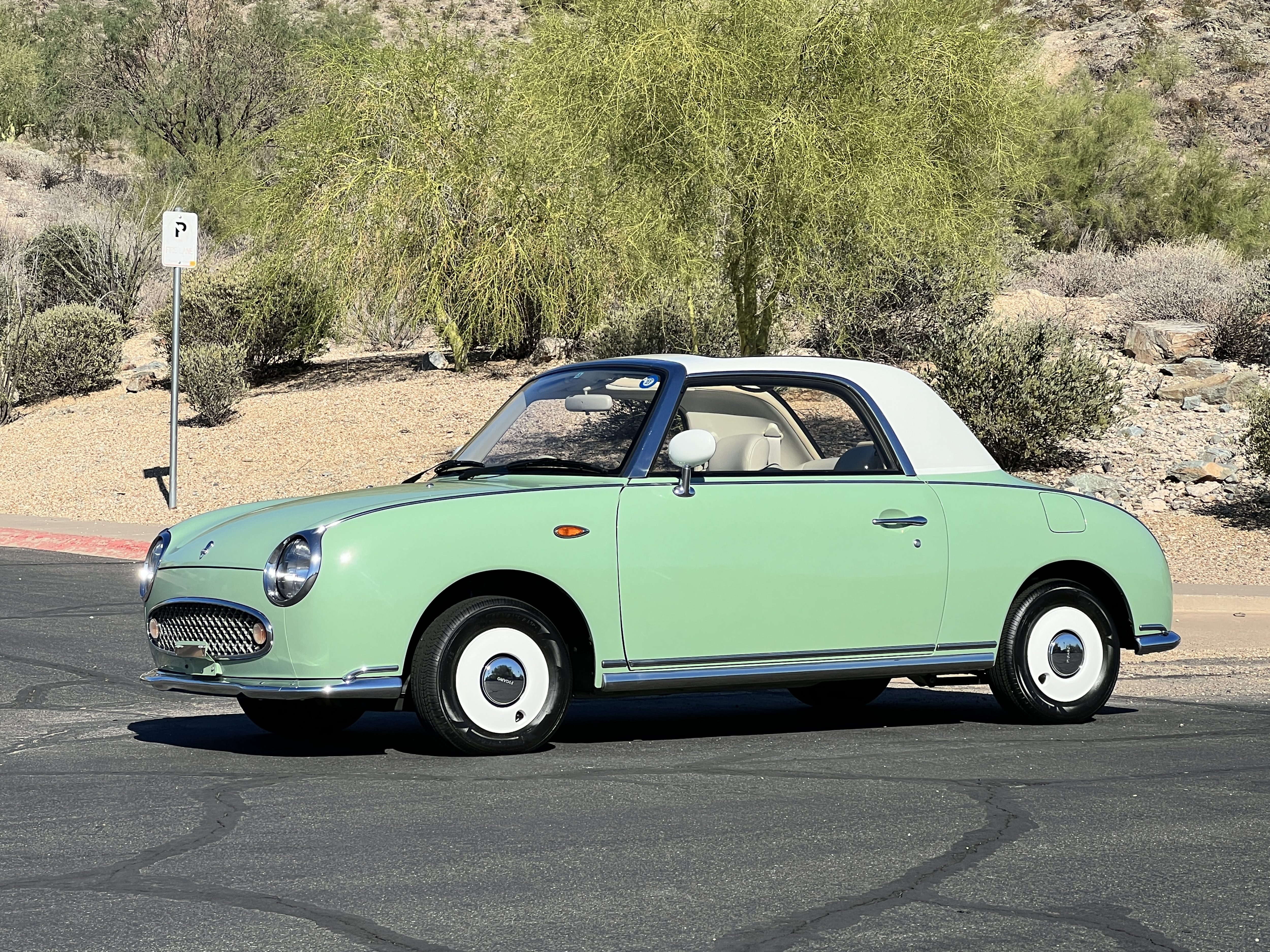