The TF Midget, launched on 15 October 1953, was a facelifted TD, fitted with the TD Mark II engine, headlights faired into the fenders, a sloping radiator grille concealing a separate radiator, and a new pressurised cooling system along with a simulated external radiator cap. This XPAG engine’s compression ratio had been increased to 8.1:1 and extra-large valves with stronger valve springs and larger carburettors increased output to 57.5 bhp at 5,500 rpm.

In mid-1954 the engine capacity was increased by 17 per cent to 1466 cc and designated XPEG. The bore was increased to 72 mm (2.8 in) and compression raised to 8.3:1 giving 63 bhp (47 kW) at 5,000 rpm and a 17 per cent increase in torque. The car was designated TF1500, and externally distinguished by a cream background enamel nameplate on both sides of the bonnet, placed just to the rear of the forward bonnet-release buttons. 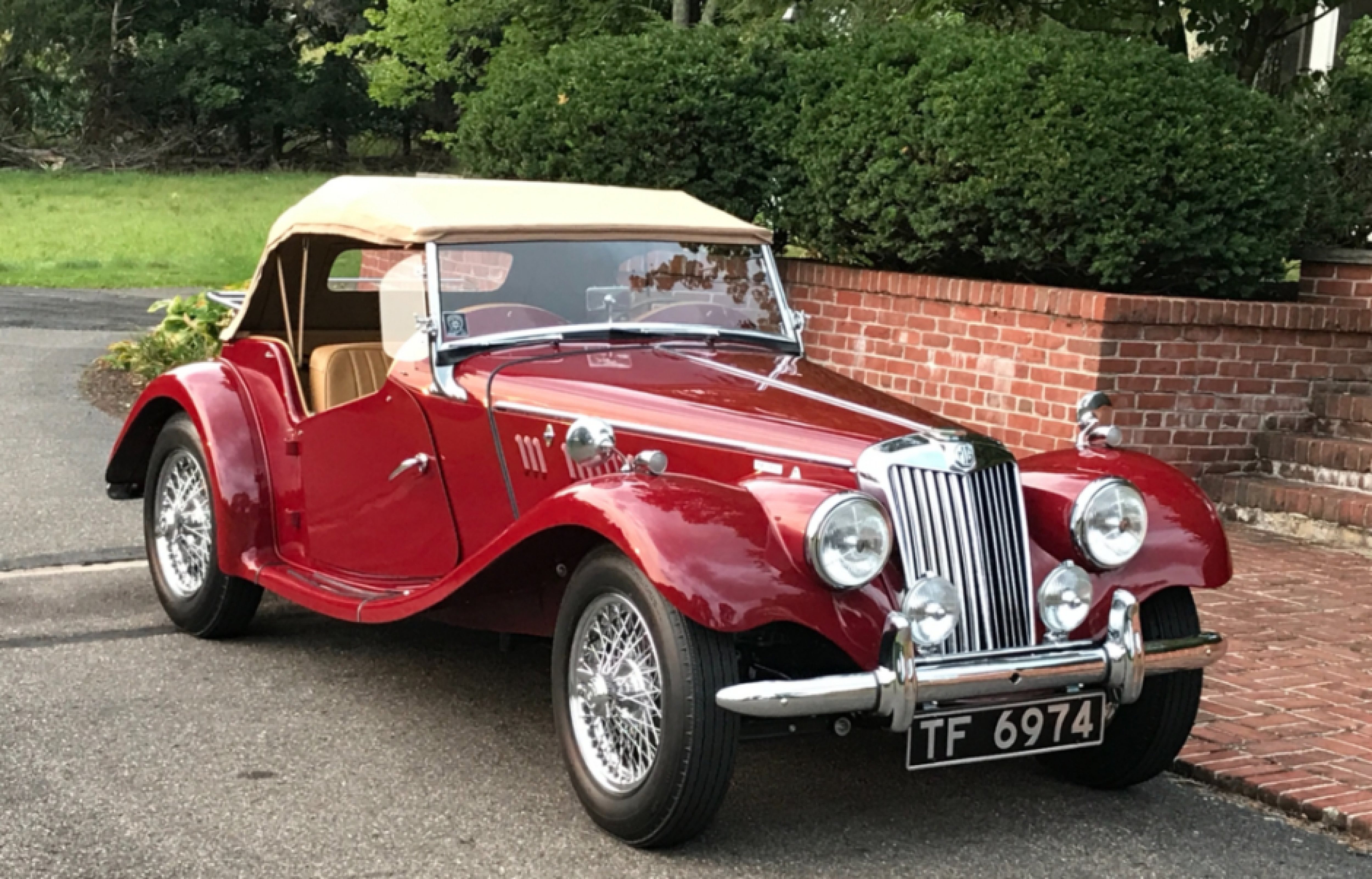