The 1950 TD Midget announced in January 1950 combined the TC’s drivetrain, a modified hypoid-geared rear axle, the MG Y-type chassis, a familiar T-type style body and independent suspension on front axle using coil springs from the MG Y-type saloon: a 1950 road-test report described as “most striking” the resulting “transformation … in the comfort of riding”.

Also lifted from the company’s successful 1¼-litre saloon was the (still highly geared) rack and pinion steering. In addition the TD featured smaller 15-inch (380 mm) disc type road wheels, a left-hand drive option and standard equipment bumpers and over-riders. The car was also 5 inches (130 mm) wider with a track of 50 inches (1,300 mm). It was seen by enthusiasts at the time as a disappointment, mild and “not a sports car”. “. . . the new model is largely designed to consolidate and expand the car’s sale in North America.” The first TDs were actually built in late 1949. 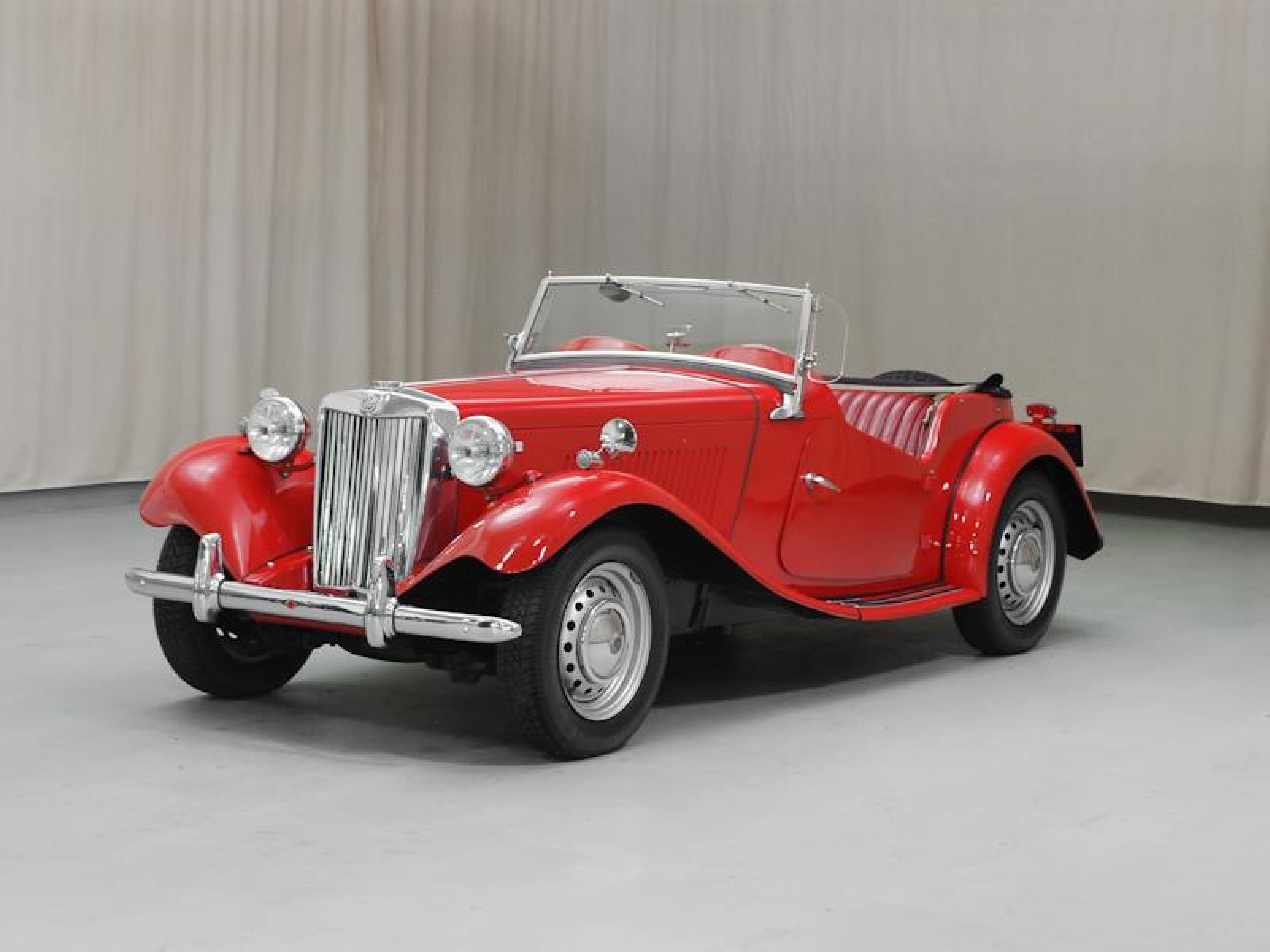