Interesting Fact: The Jaguar XK120 was manufactured from 1948 to 1954 and only 12,055 were made over those six years. Assembled in various areas of the United Kingdom, the X120 was originally released as a two-seater roadster.

During the first year of production, 242 XK120s featured a wood-framed, open-seater body with aluminum panels; after this production switched over to steel. The “120” within the name is derived from the fact that this models top speed sits at 120 miles per hour which, at the time it launched, made it the fastest production car.

The Jaguar XK120, by the time production ended, offered three different builds: the standard roadster, a fixed head coupe (1951), and a drophead coupe (1953). This model has allowed Jaguar to build a legacy of comfortable and high-performing cars that handle extremely well today. Car collectors from all over the world still try to get their hands on this iconic classic! 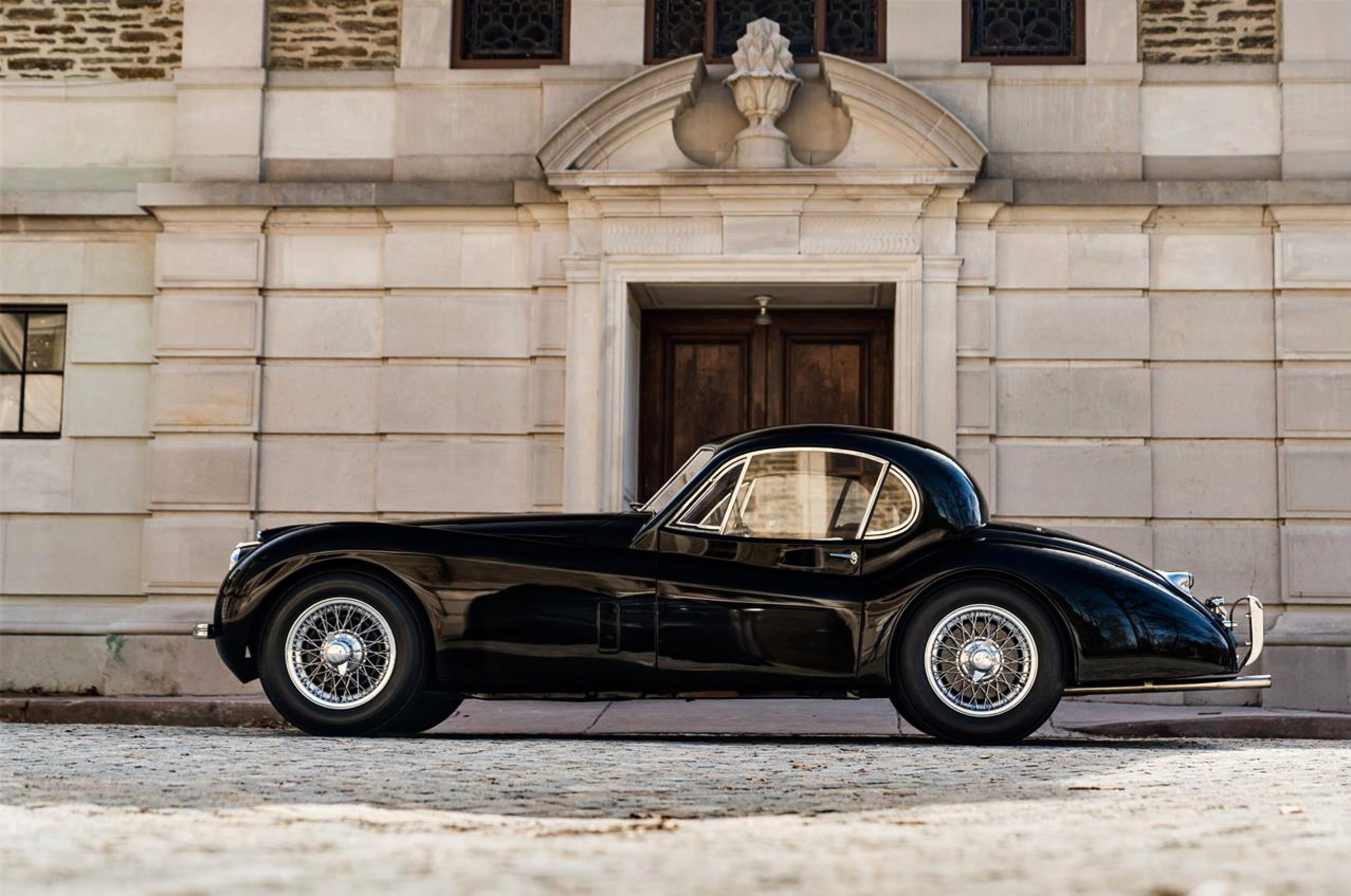