The Honda CB900F is a Honda motorcycle made in two iterations which appeared some twenty years apart. Both generations of the CB900F are straight four-cylinder four-stroke 900 cc (55 cu in) roadsters. 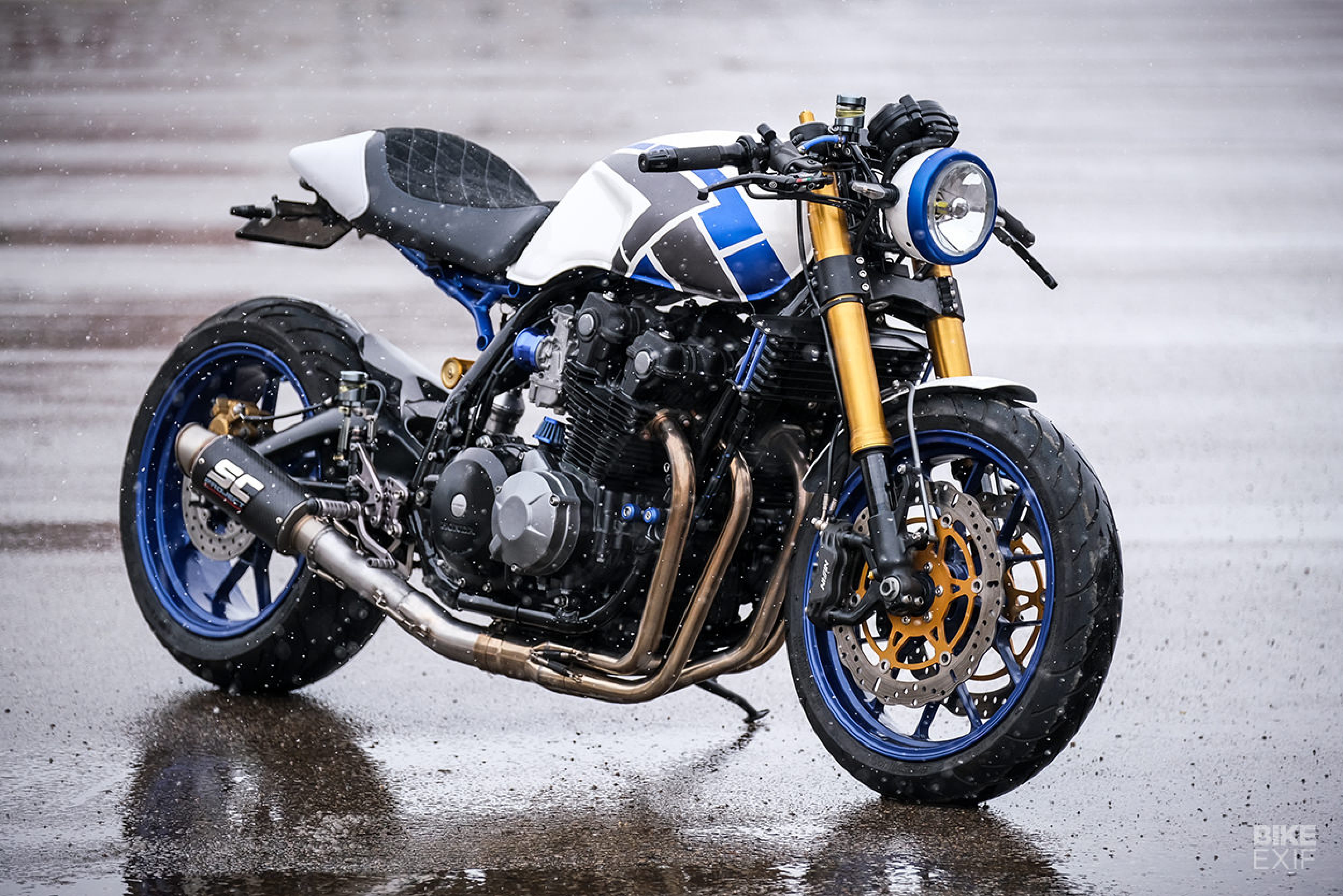