The legendary Carroll Shelby, who famously built and sold the iconic Cobra, had the idea to apply the Shelby magic to Ford’s hot new Mustang. It was a match made in heaven. Nineteen sixty-seven brought a mildly recontoured Mustang body. Since the new body shell was designed to accept Ford’s 390-cubic-inch big-block engine, Shelby dropped the Interceptor 428 into the pony car’s engine bay and added a dual-carb intake, creating the top-of-the-line GT500. Although conservatively rated at 355 horsepower, its actual output was closer to 400 horsepower, with an impressive 420 foot-pounds of torque.
The GT500 looked the part, too. It had a special front end with a unique hood scoop and grille-mounted driving lights, which gave the Shelby Mustang an unforgettably aggressive demeanor. In the back, rear-quarter scoops and a rear spoiler where added. The stock Mustang taillights were replaced by rectangular units and sequential turn signals lifted from the 1966 Thunderbird, giving the car an even more powerful presence. Additionally, air scoops were added into the side coves ahead of the rear wheels. A roll bar with inertia-reel shoulder harnesses completed the competition flavor of the car. 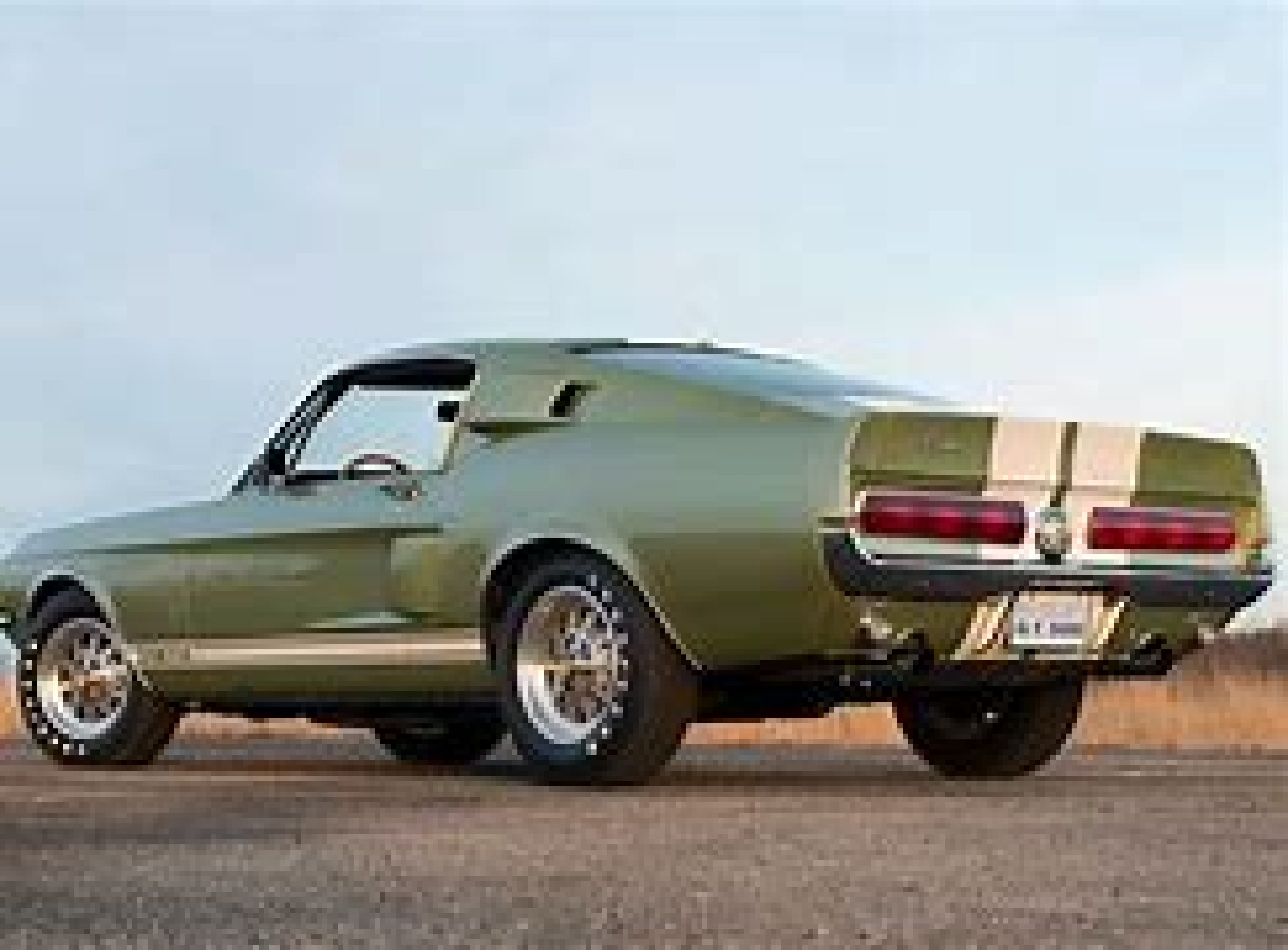