Interesting Fact: The Ferrari 458 replaced the F430 and was revealed at the 2009 Frankfurt Motor Show. Production occurred from 2009 to 2015 until the 458 was succeeded by the Ferrari 488. This mid-engine sports car is powered by an F136 V8 engine that generates a power output of 562 horsepower at 9,000 rpm. It is also the first mid-engine Ferrari road car to feature direct fuel injection.

This vehicle only offered a dual-clutch seven speed transmission at the time of launch with no manual option available, making it the first mainstream Ferrari model to not have a manual transmission option. Recorded performance for the car is a 0 to 60 time of 3.4 seconds and a top speed of 210 miles per hour.

The Ferrari 458s exterior design was built for aerodynamic efficiency, as evidenced by its deformable winglets on the front grille that lower at high speeds. Proving this is a high-speed vehicle, rather than one built for comfort, are the number of controls attached to the steering wheel, instead of the dash. This vehicle is still heavily sought after even though production ended and turns heads at car shows everywhere! 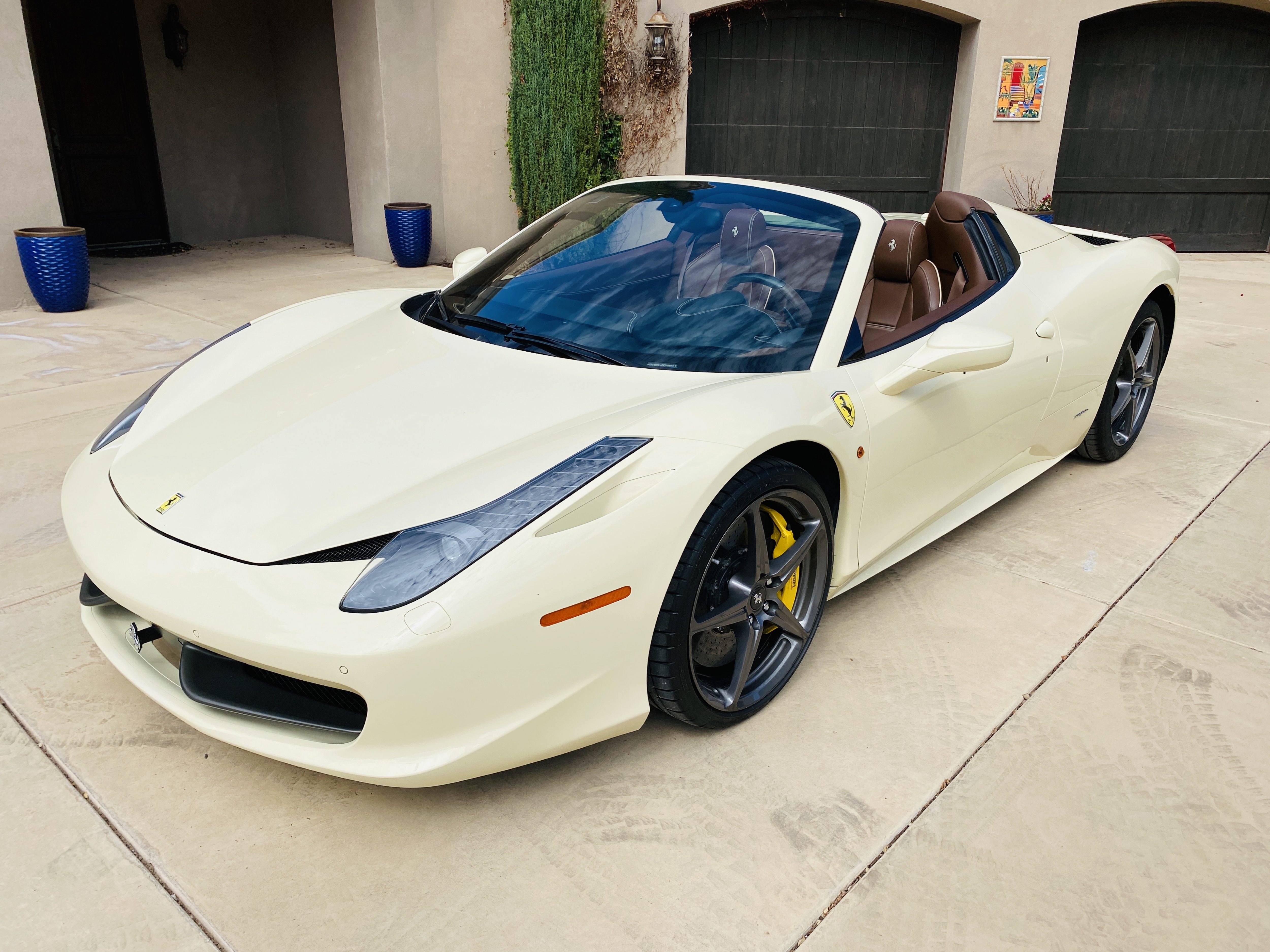