1975 saw the introduction of the Ducati 900SS, a bike that had been developed with the sole intention of taking the fight to the ever increasing engine sizes fitted to the superbikes pouring out of Japan. Both the 750SS and 900SS shared almost all the same parts in order to lower production costs, the swept capacity of the 900 was actually 863.9cc and the engine kept the same twin Dellorto PHM 40mm carburetors.

As the ’70s progressed the 900SS was slowly improved, the right side shifter switched to the left to meet US regulations, the kickstarter was improved, crank strength was upgraded, electrics were significantly de-bugged, and engine timing was improved.
In 1979 the 900SS received a distinctive black paint job with gold accents as an appeal to the British market, the spoked wheels also disappeared in favor of cast Campagnolo wheels. Over the next few years the 900SS was transitioned into the Mike Hailwood Replica, and was eventually replaced by the S2. 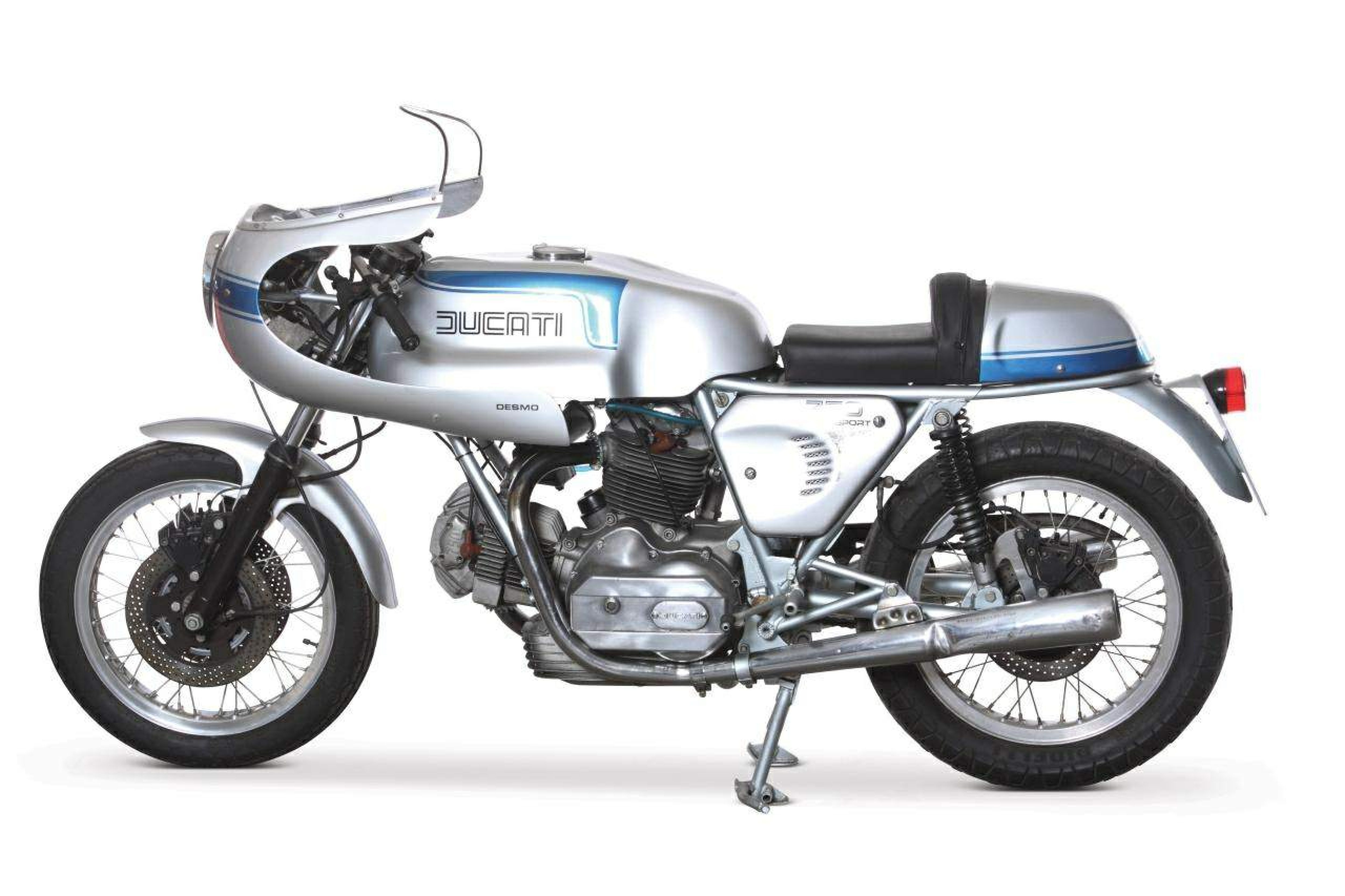