1973 Ducati 750 Sport represents the evolution of the Ducati L-twin into Seventies GP racing prominence. The 750 Sport was first offered in 1973. The 750 Sport is equipped with an air-cooled, four-stroke, 90-degree L-twin cylinder, SOHC, two-valve-per-cylinder engine that produces 72hp and is capable of speeds over 125 MPH. The main differences between the 750 GT and the Sport are the size of the carburetors and a higher compression ratio, because of improved cylinder heads. These first bevel-driven camshaft engines had sprung valves, with 1974 and later 750SS versions using the desmodromic valve system. The Desmo engine cases were modified to a “square case” design when displacement was later bumped to 860cc. The Desmo belt-driven overhead cam design became standard on all later Ducatis. 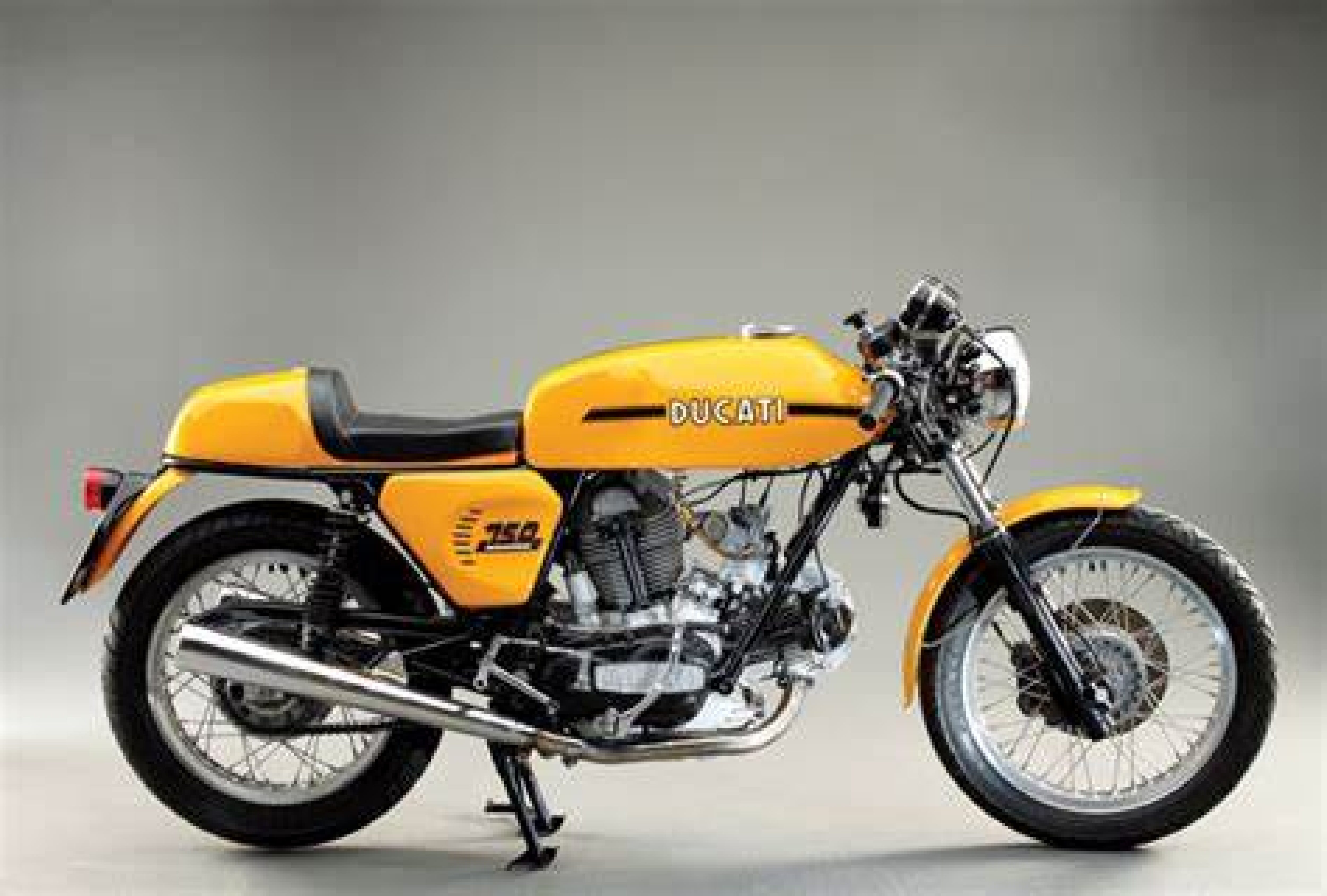