The Ducati 750 GT was a motorcycle made by Ducati from 1971 to 1974. Additionally there were 40 1978 750GTs manufactured. Total production of the 750GT over all years of manufacture was 4,133.[1] Designed by Fabio Taglioni, the motorcycle was the first Ducati to have a 90° V-twin engine configuration, which became a signature feature in the Ducati bikes that followed. 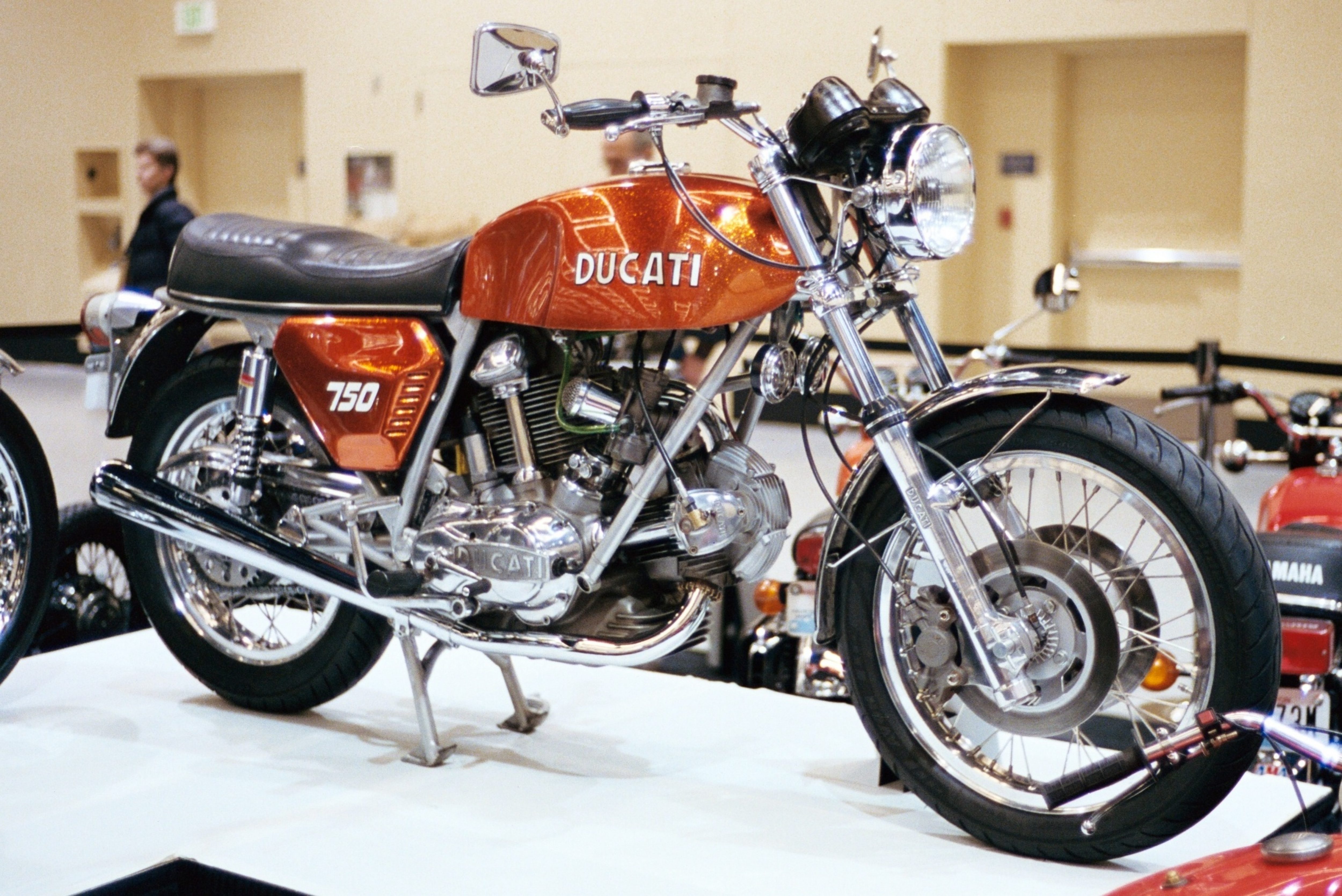