Cadillac renamed the Eldorado Convertible the Biarritz to differentiate it from the new Seville 2-door hardtop coupe introduced in 1956. For 1958, Eldorados, along with all Cadillacs, received an annual facelift, complete with the new quad headlamp setup appearing on virtually all makes for the model year.

Bumpers were revised and the rubber ‘Dagmars’ were less pronounced and set lower against the parking lamps. The grille was stretched nearly full-width and made up of dozens of round points. Eldorados received a strip of stainless-steel running from the headlight trim rings back to the midpoint of the car along with lower rear quarter panels covered in stainless steel. Standard on Eldorado was Cadillac’s 335 bhp 365-cu. in. V-8 engine equipped with three Rochester two-barrel carburettors and backed by a Hydra-Matic automatic transmission.

General Motors celebrated its 50th Anniversary in 1958 and Cadillac built its two-millionth car. Just 815 Eldorado Biarritz Convertibles at a cost of $7,410 (before options) were built during the year, adding to their desirability today among collectors. 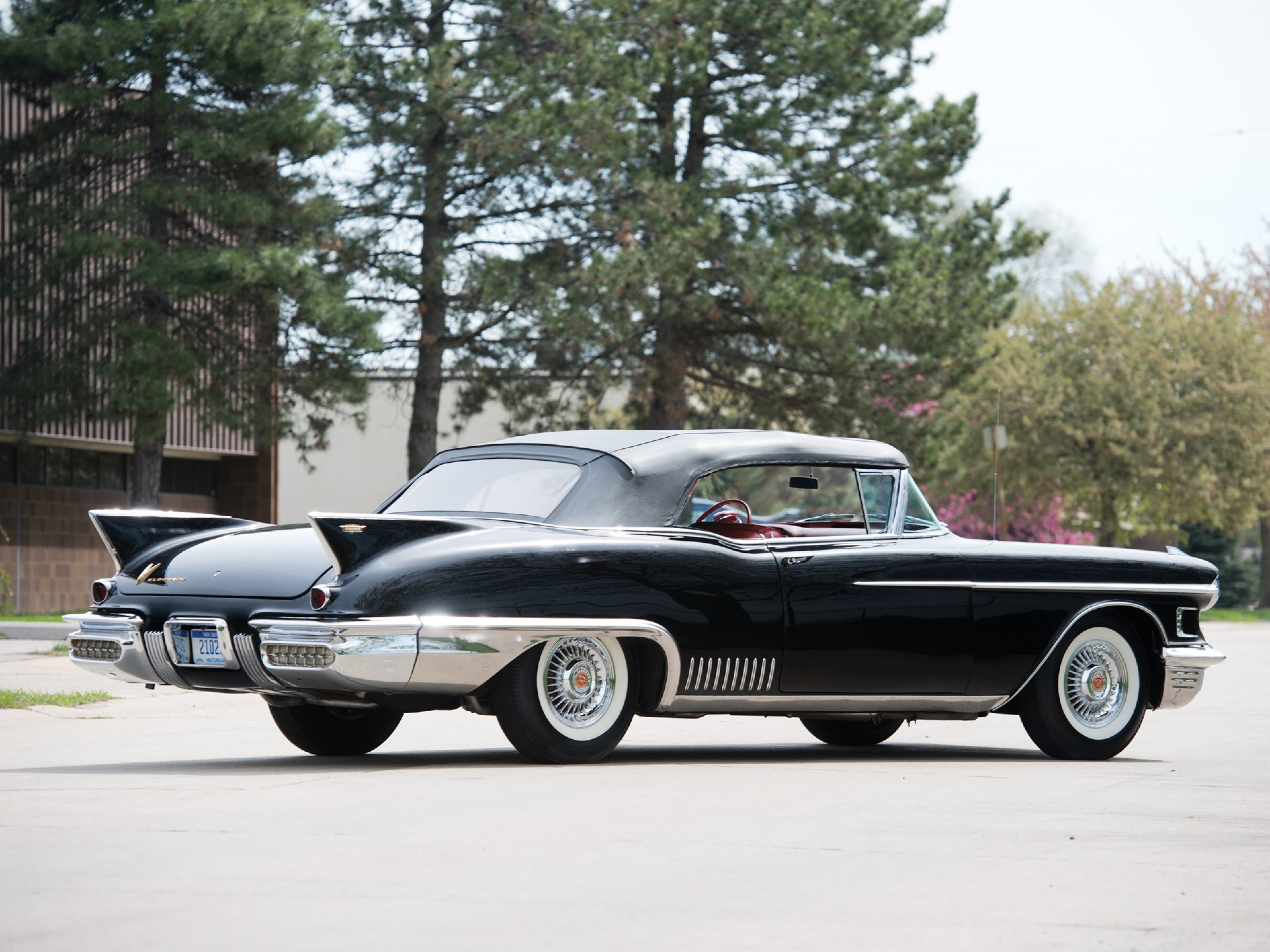