The Austin-Healey 100S was designed as a racing variant of the Austin-Healey 100, bodied in aluminium rather than steel for its lightweight benefits. Its sporting lineage is evident in its model designation: The “S” stood for “Sebring”, a nod to the five special test cars developed between 1953 to 1954—one of which finished 1st in class at the 12 Hours of Sebring in 1954.

It is thought only 50 production examples were manufactured, hand-built by the Donald Healey Motor Company at their Warwick factory and delivered between February and November in 1955. To further reduce weight over the standard 100, the 2.6-litre inline-four engine’s cast-iron cylinder head was replaced with a performance aluminium head by Weslake, producing a stated 132 brake horsepower; the overdrive unit in the four-speed manual gearbox was omitted from production. In addition, the bumpers and convertible top were eliminated, the grille reduced in size, and the windscreen made from plastic. All in all, the Austin-Healey 100S was 200 pounds lighter than the Austin-Healey 100. 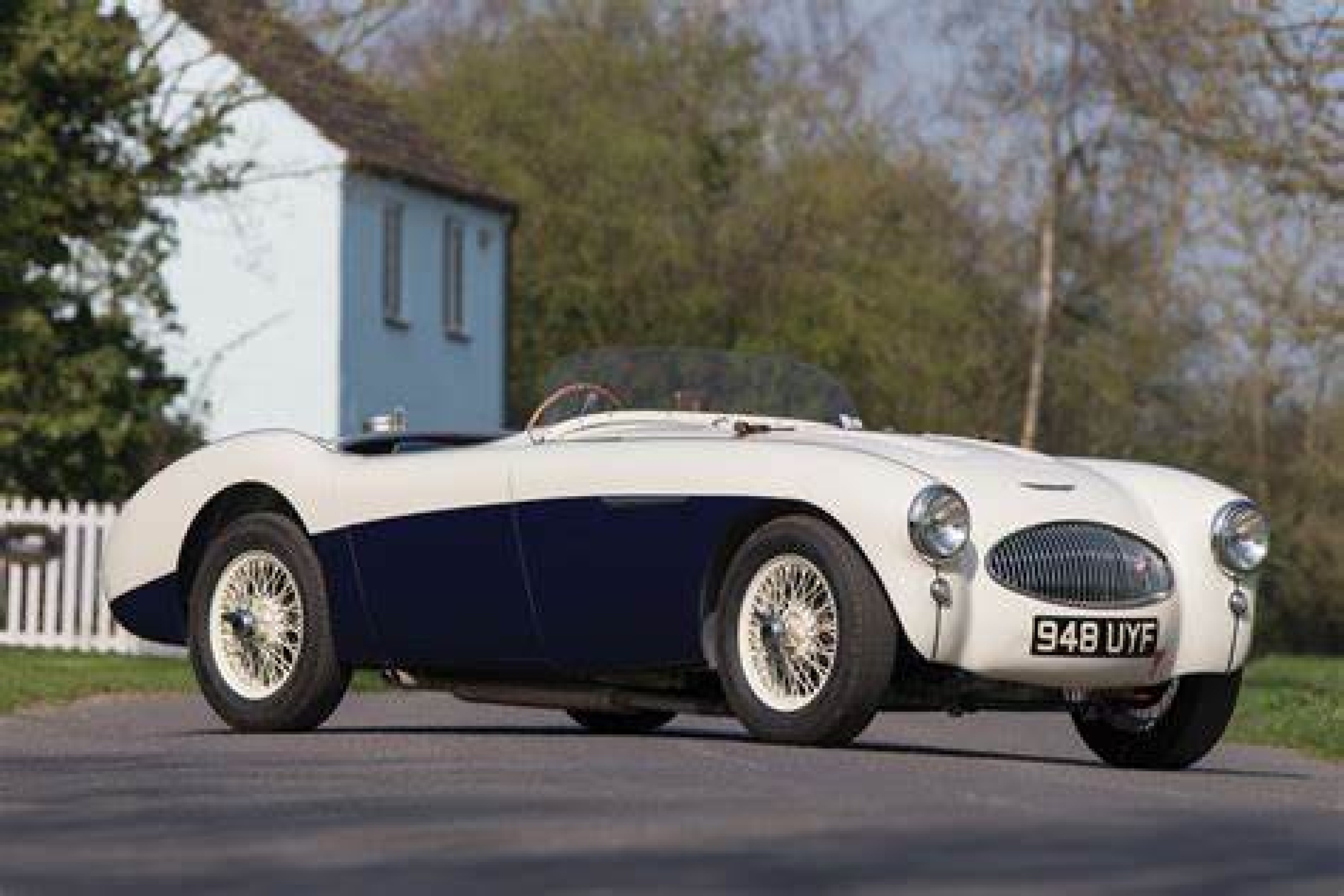