This is likely the very best 1953 Eldorado in the World. The quality of the restoration is absolutely stunning. The next owner of this Eldorado will pay only a fraction of its restoration costs! We have never seen such a high quality restoration performed on a 50's American car. Ever.

This is likely the best 1953 Cadillac Eldorado in existence having been restored by Pebble Beach award winning restorers over the past five years.  The quality of the restoration is only seen on cars with restorations costing $300,000 to $500,000.  Every touch of a switch, door handle and driving experience reinforces the perfection and attention to detail that we rarely see.

This Eldorado was originally purchased in San Francisco in 1953 and was a California Car most of its life. Owned by Steve Hall of Novato, CA through the early 70s, it was then acquired by Ken Gimelli of Santa Cruz, CA.   Mr. Gimelli, a long time Cadillac collector, realized how exceptional and original its condition was in.  In its original Azure Blue paint (Paint Code 28) with white interior, it appeared the car had never been touched.  This is the 428th of the 533 Eldorado’s produced in 1953, making them the rarest and most collectable Eldorado’s of all time.

By 1991, Mr. Gimelli sold the car to Steve Marini, owner of GM Sports in Stockton, CA. An Eldorado aficionado, Mr. Marini drove the car often, and became so enamored with this particular example that he decided to commence a complete, body off restoration. At the cost of over $150,000, the Eldorado was thoroughly restored using as many original parts as possible, and substandard items were replaced with NOS parts from Mr. Marini’s substantial collection. The result was a show-winning car that made multiple appearances at numerous concours events across Northern California.

In 2008, Mr. Gimelli sold the Eldorado to Bruce Kersey of Gig Harbor, WA.  While Mr. Kersey loved the Eldorado, he was not fond of its original Azure Blue paint and interior combination. He proceeded to send the Cadillac to Jerry Hjeltness of Hjeltness Restoration in Escondido, CA. Having completed an award-winning Mercedes-Benz 300SL restoration for him in the past, Mr. Kersey knew that Jerry was the man for the job. Hjeltness disassembled the car and took the body down to the bare metal. Over the next 6 months, they would repaint the car in its stunning present Norman Gray Poly (Paint Code 8), and re-trimmed the interior in a vast expanse of beautiful red leather, and recondition all of the bright work. They approached the project as they do all of their Pebble Beach winning automobiles, and the result is a cosmetically stunning car that wouldn’t flinch being called a work of art.  The chrome and stainless steel preparation is absolutely stunning.  We have never seen such perfect chrome and stainless on a 1950’s Cadillac.  Ever.

Mr. Kersey continued his pursuit for perfection.  In 2010, he sent the car to another Pebble Beach winning restoration facility, Dennison International Motorsports in Puyallup, WA.  They treated the Eldorado to a complete mechanical restoration of the driveline, brakes, and suspension.

The present condition of the car is absolutely stunning.  It is perfect, or nearly perfect, in every respect.  Yes, there is a small paint touch up here and there for items such as the parade top boot cover.  And the undercarriage, while fully cleaned and detailed, has not been powder-coated and over restored.  You’ll see in the photo gallery that the chassis shows that it has been on various lifts, etc. over the decades.  But everything that you can see, feel, operate and touch, is incredible.

The engine compartment is beautifully detailed showcasing the venerable 331 cu in OHV V8 coupled to its four-speed Hydra-Matic transmission.  The performance is excellent to propel this gorgeous piece of Americana history on its 126 inch wheelbase.

The Eldorado was a result of the overwhelming response from the 1952 Motorama showcar.   The Eldorado was based on the 1953 Series 62 coupe and was custom coachbuilt by Fleetwood craftsman to make it the pinnacle of luxury and style.  In fact, the Eldorado is still considered the top American model for luxury. In a public relations coup for the ages, the first production Eldorado literally rolled out with the president of the United States in the backseat, as Dwight Eisenhower used it for his inaugural parade in January 1953.

In summary, offered here is likely the nicest 1953 Eldorado available anywhere in the world.  It has undergone a color change, but with incredible perfection.  It has not been shown and would be accepted at the most prestigious events in the world.  It is being offered at a fraction of the investment made to restore such a car to this level of perfection.

For more details and information, please call, text or email Harry Clark at +1.602.245.7200 or harry@classicpromenade.com.  The Eldorado is available for viewing in our Phoenix showroom. 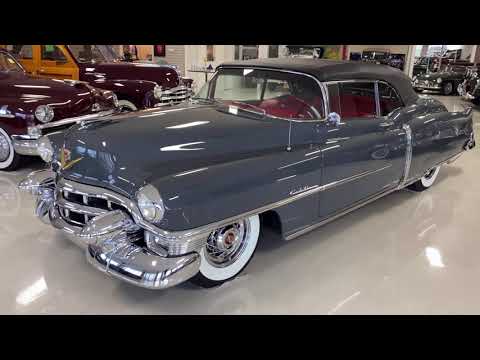 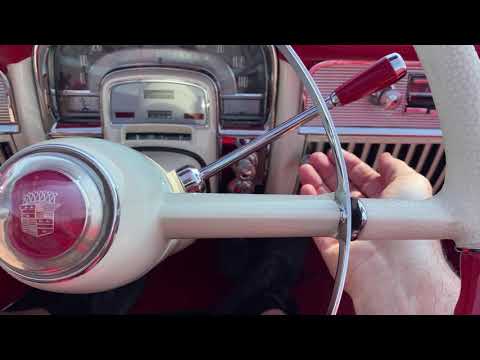 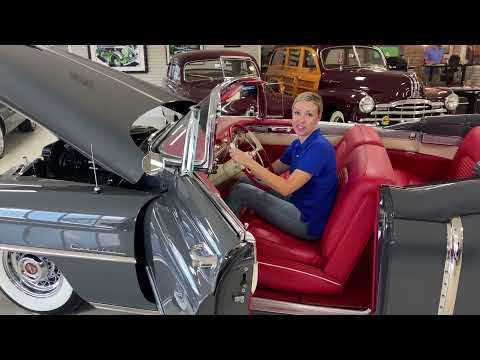