This is a beautiful example of a fully restored 1934 Rolls-Royce Phantom II Limousine deVille with gorgeous lines and styling executed by the craftsmen at Gurney Nutting.  This is a multiple award winning Rolls that is in beautiful condition today.  It’s history is as fascinating as its design, including being ordered new by Gracie Fields and owned and enjoyed by Brittan’s elite.

Records indicate that Phantom II chassis number 55TA was ordered by Gracie Fields through London Rolls-Royce dealer H.R. Owen on October 2nd, 1934.  The chassis was dispatched to coachbuilder Gurney Nutting on January 10th, 1935, and it took approximately three months before the car was complete and ready for delivery.  The car’s history has been confirmed through documents supplied by the Rolls Royce archive (See our photo gallery and our documents folders).

Dame Gracie Fields was a legendary British actress/singer/comedienne.  On February 15th, 1938, she was honored with the “Commander of the Order of the British Empire” medal from King George VI: http://graciefields.org/wordpress/commander-of-the-british-empire/ more Gracie Fields history is included here: http://en.wikipedia.org/wiki/Gracie_Fields

Ms. Fields enjoyed the Rolls and later sold it to “His Grace the Duke of Buccleuch and Queensbury” (the largest private landowner in Europe having amassed 280,000 acres).  The Rolls was owned by the Duke’s family from 1936 until 1948 and was kept at the incredible Drumlanrig Castle in Scotland: http://www.drumlanrigcastle.co.uk/the-castle/the-douglases-and-drumlanrig/  The Duke’s uncle had been the Chairman of Rolls-Royce (he commissioned the original “Spirit of Ecstasy”mascot).  His cousin was Lord Montagu of Beaulieu who founded the National Motor Museum at his family estate in Hampshire.  Here is the Duke’s family tree: http://www.drumlanrigcastle.co.uk/wp-content/uploads/2013/08/Montagu-Douglas-Scotts-Family-Tree-PDF.pdf

One of the two videos shown on is of this Rolls being used to deliver the bride at the wedding of Lady Elizabeth Diana Montagu-Douglas-Scott, aunt of the current Duke, to the Duke of Northumberland at Westminster Abbey.  Members of the Royal Family were among the guests at the wedding of the Duke of Northumberland and Lady Elizabeth Montagu-Douglas-Scott.  In attendance were: Princess Elizabeth,  Princess Margaret, and Queen Mary, the Queen Mother, and King George, and the Duchess of Kent.

The Duke sold the Rolls in 1948 to a Rolls-Royce hire service at 21 Cromwell Mews, Kensington, where it was mainly used for weddings and other special occasions.  It was eventually exported to the US (circa 1970) and has been here ever since according to the history on file.   A well-known classic car collector (and lifetime member of the Rolls-Royce Owners Club) named Gordon Dysart bought the car and embarked on a restoration to bring the car back to its former glory.  At the time, Gracie Fields ran a small hotel and restaurant on Capri catering to celebrities, and Mr. Dysart actually travelled to the island to visit her and ask for information on the car.  She supplied him further details on original colors and materials to help add authenticity to the restoration.

A complete frame-off concours restoration was performed, and this “Full Classic” car earned both CCCA & AACA Senior First Place awards.  After the restoration, the car was shown numerous times and was always maintained and properly stored.  Although the restoration was performed some time ago, the car is still in quite beautiful condition with a consistent patina throughout.  It almost appears to be a well-kept original rather than a restored car.

The livery is very elegant in a two tone blue, with the color break being done in a manner that accentuates the curvaceous Gurney Nutting design.  The paint is in very nice condition with only a few areas showing its age via some fine cracking.  The chrome and stainless is overall in very nice condition.  The P100 headlamps are perfect for the stature of this Rolls.  We love the art deco design of the door handles.

The interior is black leather in the chauffeurs compartment and blue wool broadcloth in the passengers compartment.  The upholstery in both areas are in very nice condition and need nothing.  The wood for the dashboard could benefit from refinishing as it has noticeable cracking in the finish coating.  The wood veneer appears fine.  Under the drivers compartment seat is the incredibly complete set of tools for the Rolls.

Mechanically, the Phantom II is in very nice condition, having benefitted from its earlier restoration.  It runs and drives well and the 158-point inspection report is available on our website listing  page.  The engine compartment and chassis are nicely detailed as shown in the photo gallery.

This is a very impressive car with a history described by several marque specialists as “superb”.  This sale includes the complete fitted tool set, history, and documentation.

This is an incredible opportunity to acquire an important and beautiful Phantom II.  For more information and details, call, text or email Harry Clark at +1.602.245.7200 or email at harry@classicpromenade.com.  The Rolls is available to view at our Phoenix showroom. 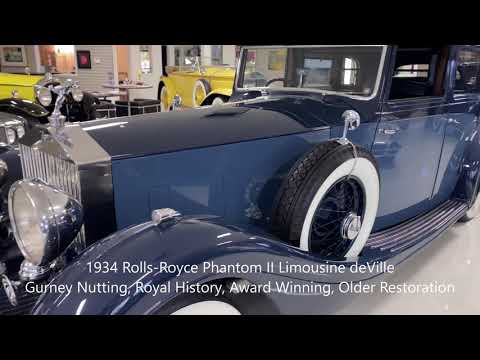 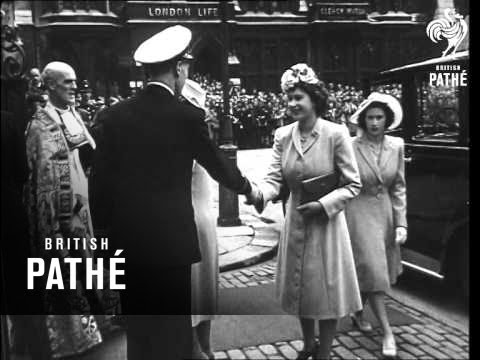 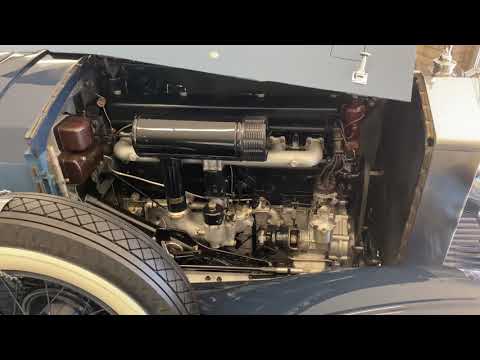 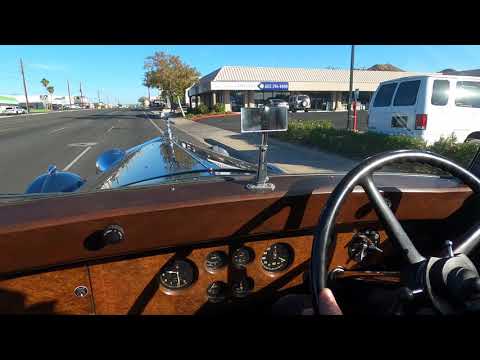 Great bidding!! Cars4collector, you just won a beautiful and important Rolls-Royce!! Carey will reach out to you and well coordinate all the details. We have to say, this was a tough car for us not to want to buy ourselves! Regards, Classic Promenade Team

Best, I would like to congratulate you on purchasing the phantom. I myself was unfortunately one second late to place a higher bid. had done so, but not with $ 5,000. unfortunately, because after a search of more than a year, I found the car of my dreams. I wish you a lot of success and fun with the car.

We have posted a driving video as well this morning. Thank you!! Harry

We published an auction brochure for this Phantom II. See the button above Phantom II Auction Brochure. Enjoy!! Classic Promenade

We have uploaded a start up video and description of our mechanics driving impressions. Let me know how else we can assist you. Thank you!! Harry Clark, Classic Promenade

We have uploaded a start up video and description of our mechanics driving impressions. Let me know how else we can assist you. Thank you!! Harry Clark, Classic Promenade

By the way, our process is that when we receive cars for us to sell they start by going to our mechanic. He does a full mechanical inspection, pulling brake drums and testing all components, etc. He then drives the cars 4-5 miles. The cars then go into detailing where Santos details them completely. Then they go into our showroom where we do the photos and video and they are displayed there until sold. If driving videos are important to you we would need to change our processes because it is difficult for James to test drive the cars, evaluate them and video them all at the same time!! Any comments are appreciated. Thank you!! Harry Clark

Can we see videos of the engine running and someone driving this car?

We have posted a driving video as well this morning. Thank you!! Harry

Sorry, we just saw this. We can easily make a starting video. It is deep in our showroom and would be difficult to get out for a driving video. It drives well. I’ll work on this on Monday for you. Call with any questions. Thank you! Harry 602-245-7200