Interesting Fact: The Willy Jeepster was produced by Willys-Overland Motors during the years of 1948 to 1950. This vehicle’s nameplate was renewed for a new model called the Jeepster Commando in 1966, but after American Motors replaced Willys-Overland, they dropped the nameplate in 1972.

This model was designed to serve as the crossover model from their SUVs to passenger automobiles. The Willy Jeepster features a high level of standard equipment that, on other vehicles, would have been quite expensive; including a 2.2-liter straight-four “Go Devil” engine that gave the car 63 horsepower. At the time of its launch, the Jeepster went on sale for $1,765 (roughly $19,000 today).

During 1949, the Willy Jeepster removed some features and offered them as extra-cost options. A new six-cylinder model also ended up getting released, which continued into the 1950 model year. Over the course of the three production years, over 19,000 Jeepsters were produced with the most during 1948. Although the Willy Jeepster is not manufactured anymore, thousands enjoy driving this classic vehicle around today! 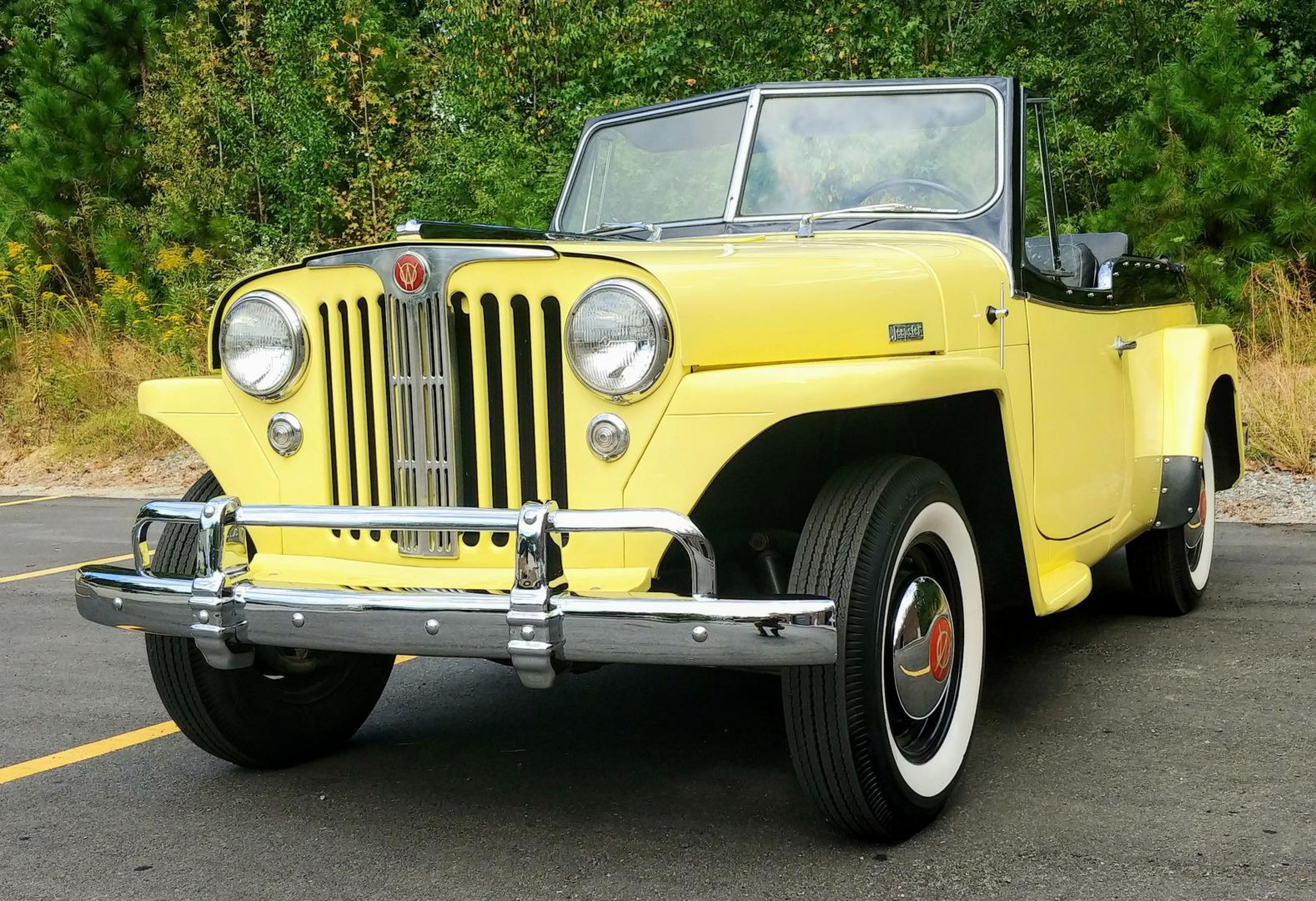