The Land Cruiser 55 was produced from 1967 to 1980. Toyota refers to the FJ55G and FJ55V as the first “real” station wagon in the Land Cruiser series, thus marking the beginning of the station wagon body style. It was the first Land Cruiser to have fully enclosed box frame members. Of all the Land Cruiser wagons sold in the U.S., including the FJ45, it is the only one to not have hatch and tailgate in the rear, but rather a tailgate only with an electrically operated window that can be retracted into the tailgate. Production began in 1967 of the FJ55. The FJ55 was a 4-door station wagon version based on the FJ40’s Drive-train, replacing the 4-Door FJ45V. It was colloquially known as the “Moose”. It has also been referred to as a “pig” or an “iron pig”. The FJ55 had a longer wheelbase (at 2,700 mm (106 in)) and was mainly designed to be sold in North America and Australia. Fire engine versions were also available, using the regular front clip but with open bodywork and no doors. January 1975 saw the F series engine being replaced by the 2F engine. Unusual for Toyota, the model designation (e.g. FJ55) did not change, except in Japan, where it was changed to FJ56.
Production ended in 1980. 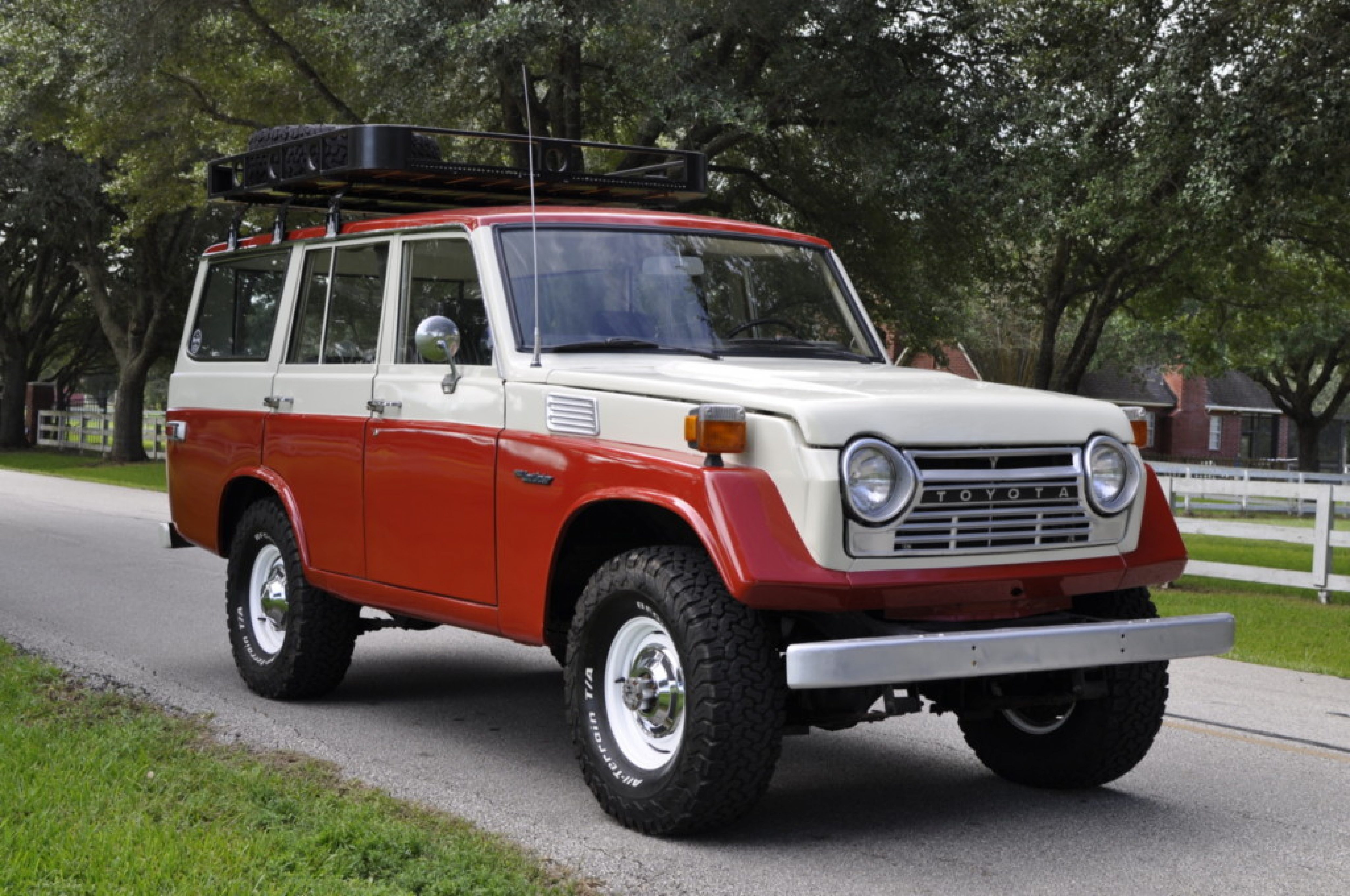