The Studebaker Golden Hawk is a two-door pillarless hardtop personal luxury car produced by the Studebaker Corporation of South Bend, Indiana, between 1956 and 1958.
The last Studebaker until the Avanti to have styling influenced by industrial designer Raymond Loewy’s studio, the Golden Hawk took the basic shape of the 1953–55 Champion/Commander Starliner hardtop coupe but added a large, almost vertical eggcrate grille and raised hoodline in place of the earlier car’s swooping, pointed nose, and was introduced as the Studebaker Speedster. At the rear, a raised, squared-off trunklid replaced the earlier sloped lid, and vertical fiberglass tailfins were added to the rear quarters. The Golden Hawk was two inches shorter than the standard Hawk at 153.6 inches. 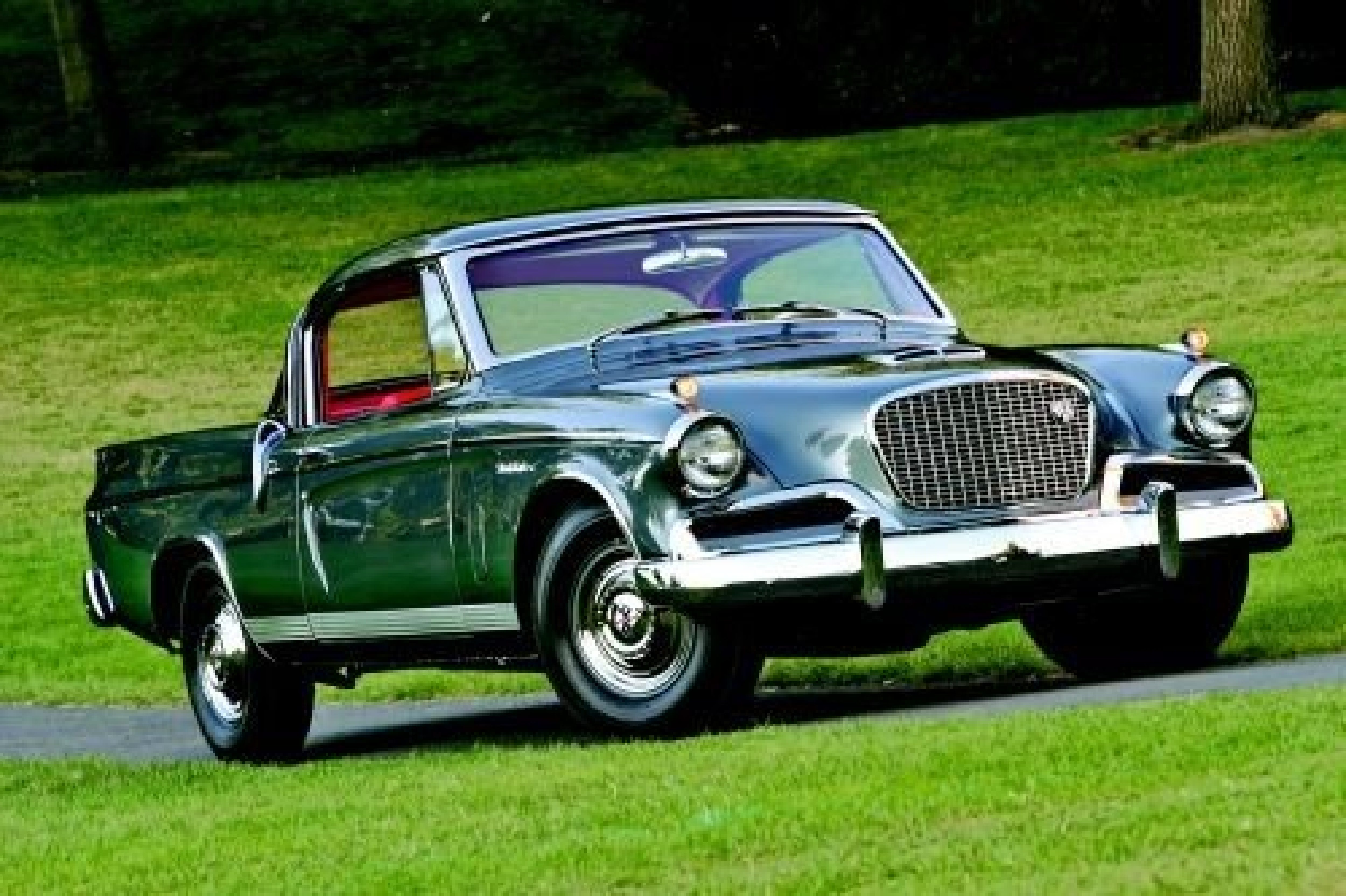