Interesting Fact: The Rolls-Royce Silver Shadow is a full-sized luxury car produced by British automaker Rolls-Royce in various forms from 1965 to 1980. It was the first of the marque to use unitary body and chassis construction. The Silver Shadow II was produced from 1977 to 1980. To date, the combined model run (Silver Shadow I + Silver Shadow II) has the largest production volume of any Rolls-Royce. In 1977, the model was renamed the Silver Shadow II in recognition of several major changes, most notably rack and pinion steering; modifications to the front suspension improved handling markedly. Externally, the bumpers were changed from chrome to alloy and rubber starting with the late 1976 Silver Shadows. These new energy-absorbing bumpers had been used in the United States since 1974, as a response to tightening safety standards there. Nonetheless, the bumpers on cars sold outside of North America were still solidly mounted and protruded 2 in (5 cm) less. Also now made standard across the board was the deletion of the small grilles mounted beneath the headlamps. Outside of North America, where tall curbs and the like demanded more ground clearance, a front skirt was also fitted to the Silver Shadow II and its sister cars. In 1979, 75 Silver Shadow II cars were specially fitted to commemorate the 75th anniversary of the company with the original red “RR” badges front and rear, pewter/silver paint, grey leather with red piping, scarlet red carpets, and a silver commemorative placard on the inside of the glove box door. Approximately 33 75th anniversary cars were designated for and shipped to the North American market, making this an extremely rare find for collectors around the world! 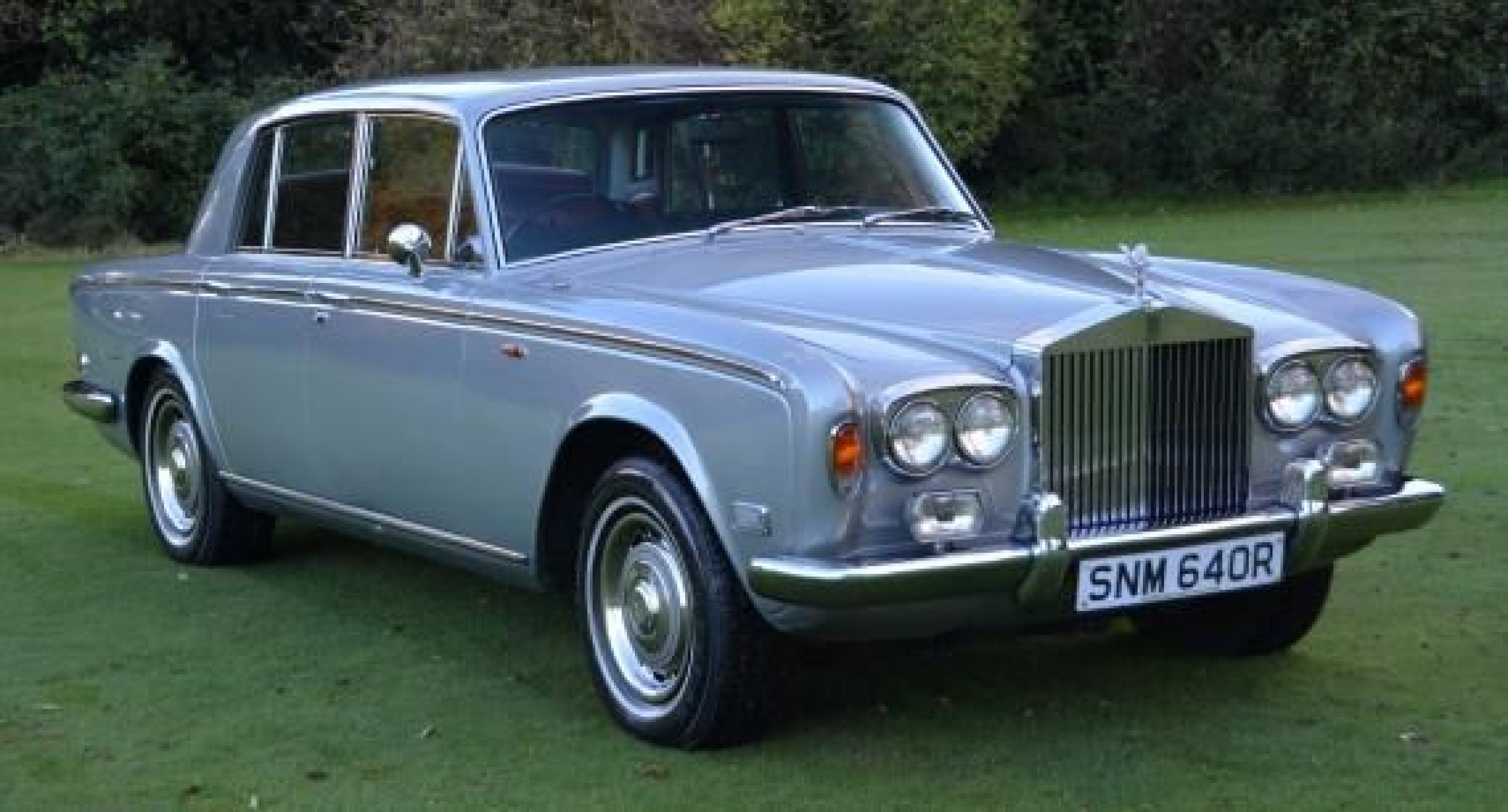