Interesting Fact: The Packard Eight Convertible Coupe is a part of the luxury automobile line that was produced from 1930 to 1936. With four models to choose from, the Standard Eight, De Luxe Eight, Custom Eight, and the Speedster, it was known to be one of the most popular vehicles in the early 20th century.

What makes the Packard Eight Convertible so special are the rumble seats that provide a unique ride experience reminiscent of its manufacturing days. As with standard Packard Eight’s, the engine provided over 100 horsepower and features Ride Control. Perhaps rarest of all is the swivel accelerator pedal that was patented by Pat Au in the early 1900s.

There was not a large number of Packard Eight’s produced during the six years it saw production. Even fewer Rumble Vert’s were manufactured which makes this variant a unique find for any car collector.

The engine was powered by a low-compression aluminum head inline eight which produced upwards to 90 whp. Advertisements bragged that the engine was “floating” on new rubber mounts, enticing many customers to be interested in buying this vehicle. In later models, the horsepower output was increased from 90 to 120 in 1933.
The Packard Eight offered many options to its customers at no extra cost such as a system of hydraulic shock absorbers relayed to buttons on the dash, a ride control system, “shatterproof” glass, and an automatic chassis lubrication. The Packard Eight was available in a total of eleven different body styles and was produced by 10 units a day. Prices for this vehicle in the 1930s ranged from $2,250 to $3,250 which is approximately $55,000 today. 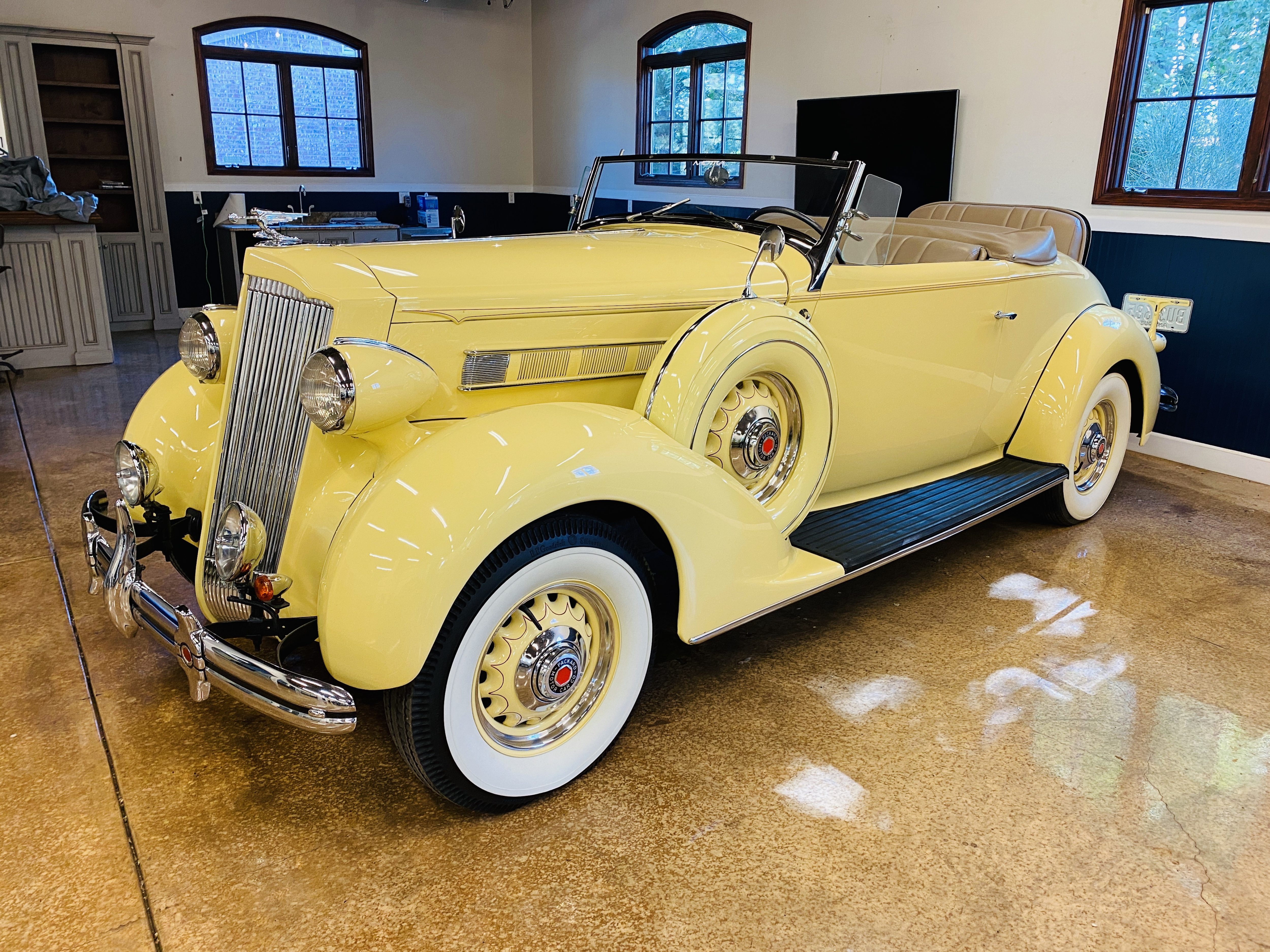