The Unimog is a range of multi-purpose all-wheel drive medium trucks produced by Daimler AG (formerly Daimler-Benz) and sold under the Mercedes-Benz brand. In the United States and Canada, the Unimog was sold as the Freightliner Unimog.

Unimog production started in 1948 at Boehringer in Göppingen. Daimler-Benz took over manufacture of the Unimog in 1951, and first produced it in their Gaggenau plant. From 1951, the Unimog was sold under the Mercedes-Benz brand. However, the first Unimog to feature the three-pointed Mercedes-Benz star was only introduced in 1953. Since 2002, the Unimog has been built in the Mercedes-Benz truck plant in Wörth am Rhein in Germany. The Mercedes-Benz Türk A.Ş. plant assembles Unimogs in Aksaray, Turkey. Unimogs were also built in Argentina (first ever country to do so outside Germany) by Mercedes-Benz Argentina S.A. under licence from 1968 until 1983 (with some extra units built until 1991 off the assembly line from parts in stock) in the González Catán factory near the city of Buenos Aires.

The first model was designed by Albert Friedrich and Heinrich Rößler shortly after World War II to be used in agriculture as a self-propelled machine providing a power take-off to operate saws in forests or harvesting machines on fields. It was designed with rear-wheel drive and switchable front-wheel drive, with equal-size wheels, in order to be driven on roads at higher speeds than standard farm tractors. With their very high ground clearance and a flexible frame that is essentially a part of the suspension, Unimogs are not designed to carry as much load as regular trucks.

Due to their off-road capabilities, Unimogs can be found in jungles, mountains and deserts as military vehicles, fire fighters, expedition campers, and even in competitions like truck trials and Dakar Rally rally raids. In Western Europe, they are commonly used as snowploughs, municipal equipment carriers, agricultural implements, forest ranger vehicles, construction equipment or road–rail vehicles and as army personnel or equipment carriers (in its armoured military version). New Unimogs can be purchased in one of two series: medium series 405, also known as the UGN (“Geräteträger” or equipment carrier), and heavy series 437, also known as the UHN (“Hochgeländegängig” or highly mobile cross country). 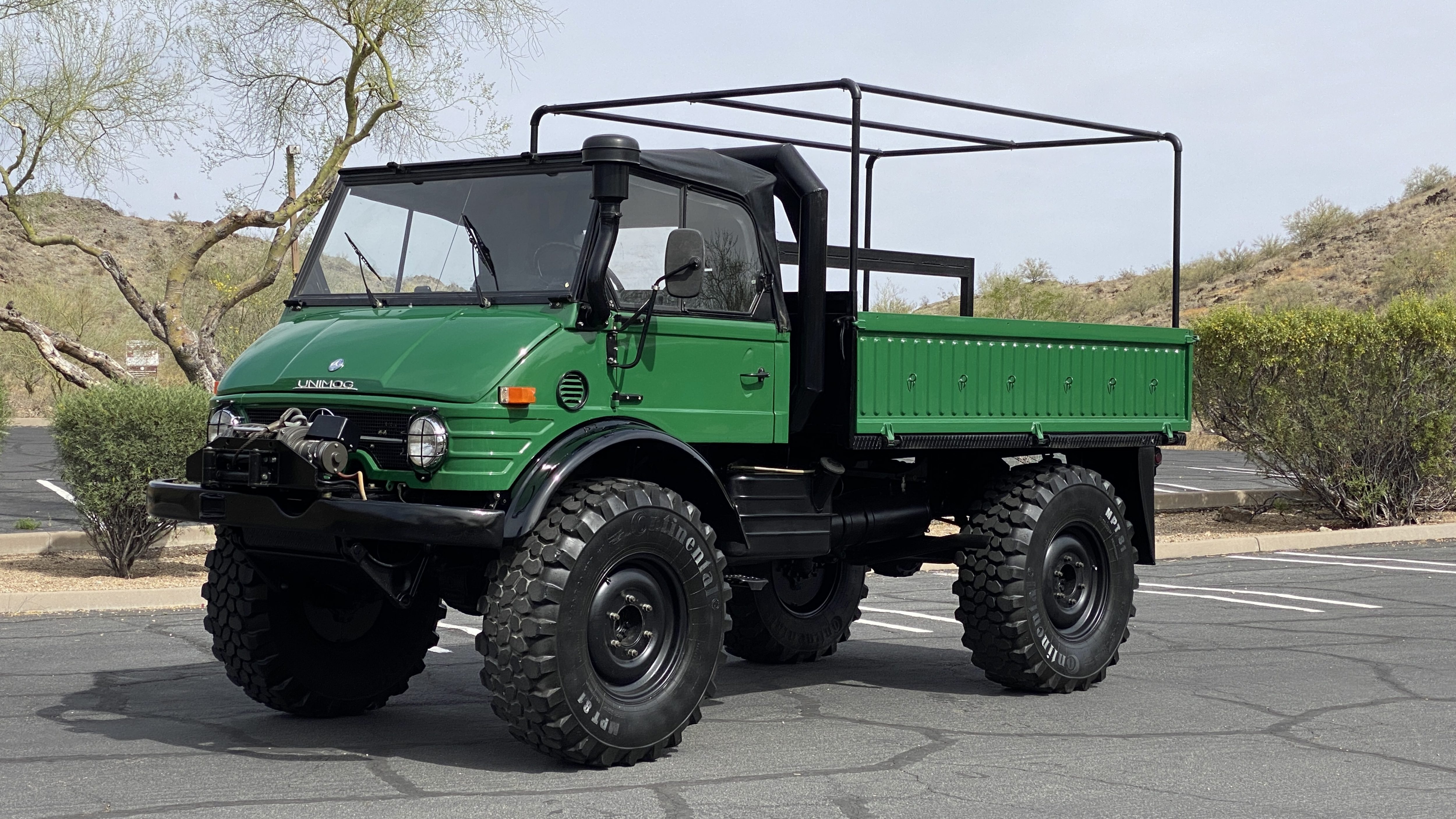