Interesting Fact: The 280 SL was introduced in December 1967 and continued in production through 23 February 1971, when the W 113 was replaced by the entirely new and substantially heavier R107 350 SL. Over the years, the W 113 evolved from a sports car into a comfortable grand tourer, and US models were by then usually equipped with the 4-speed automatic transmission and air conditioning. Manual transmission models came with the standard 4-speed or the optional ZF 5-speed, which was ordered only 882 times and thus is a highly sought-after original option today. In Europe, manual transmissions without air conditioning were still the predominant choice. Of the 23,885 280 SLs produced, more than half were sold in the US.

The main change was an upgrade to the 2,778 cc (2.8 L) M130 engine with 170 PS (125 kW; 168 hp) maximum power and 180 lb⋅ft (244 N⋅m) maximum torque, which finally gave the W 113 adequate power. The performance improvement was achieved by increasing bore by 4.5 mm (0.2 in), which stretched the limits of the M180 block, and required pairwise cylinder casts without cooling water passages. This mandated an oil-cooler, which was fitted vertically next to the radiator. Each engine was now bench-tested for two hours prior to being fitted, so their power specification was guaranteed at last.

The M130 marked the final evolution of Mercedes-Benz’ venerable SOHC M180 inline-six, before it was superseded by the entirely new DOHC M110 inline-six introduced with R107 1974 European 280 SL models. For some time, it was also used in the W 109 300 S-Class, where it retired the expensive 3 liter M189 alloy inline-six. The Mercedes 280SL is still a stunning classic with a rich history! 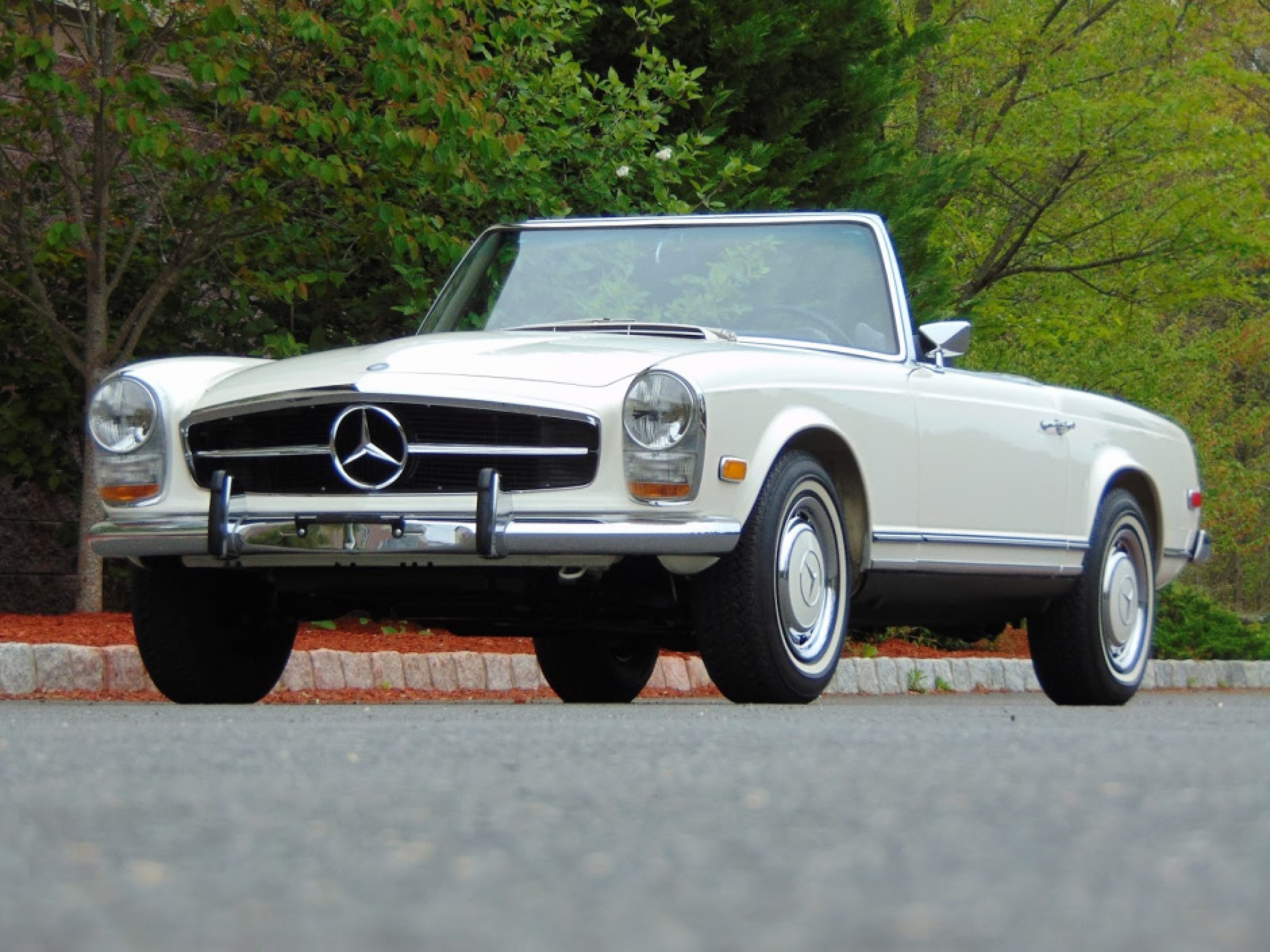