Interesting Fact: Production of the 230 SL commenced in June 1963 and ended on 5 January 1967. Its chassis was based on the W 111 sedan platform, with a reduced wheelbase by 30 cm (11.8 in), recirculating ball steering (with optional power steering), double wishbone front suspension and an independent single-joint, low-pivot swing rear-axle with transverse compensator spring. From May 1966, the ZF S5-20 5-speed manual transmission was available as an additional option, which was particularly popular in Italy. Of the 19,831 230 SLs produced, less than a quarter were sold in the US.

The 2.3 L M127.II inline-six engine torque was based on Mercedes-Benz’ venerable M180 inline-six with four main bearings and mechanical Bosch multi-port fuel injection. Mercedes-Benz made a number of modifications to boost its power, including increasing displacement from 2,197 cc (2.2 L), and using a completely new cylinder head with a higher compression ratio (9.3 vs. 8.7), enlarged valves and a modified camshaft.

Mercedes-Benz Chief Engineer Rudolf Uhlenhaut demonstrated the capabilities of the 230 SL on the tight three-quarter mile Annemasse Vétraz-Monthoux race track in 1963, where he put up a best lap time of 47.5 seconds vs. 47.3 seconds by Grand Prix driver Mike Parkes on his 3-liter V12 Ferrari 250 GT. Even through the years, the Mercedes 230SL is still a highly respectable (and beautiful) classic! 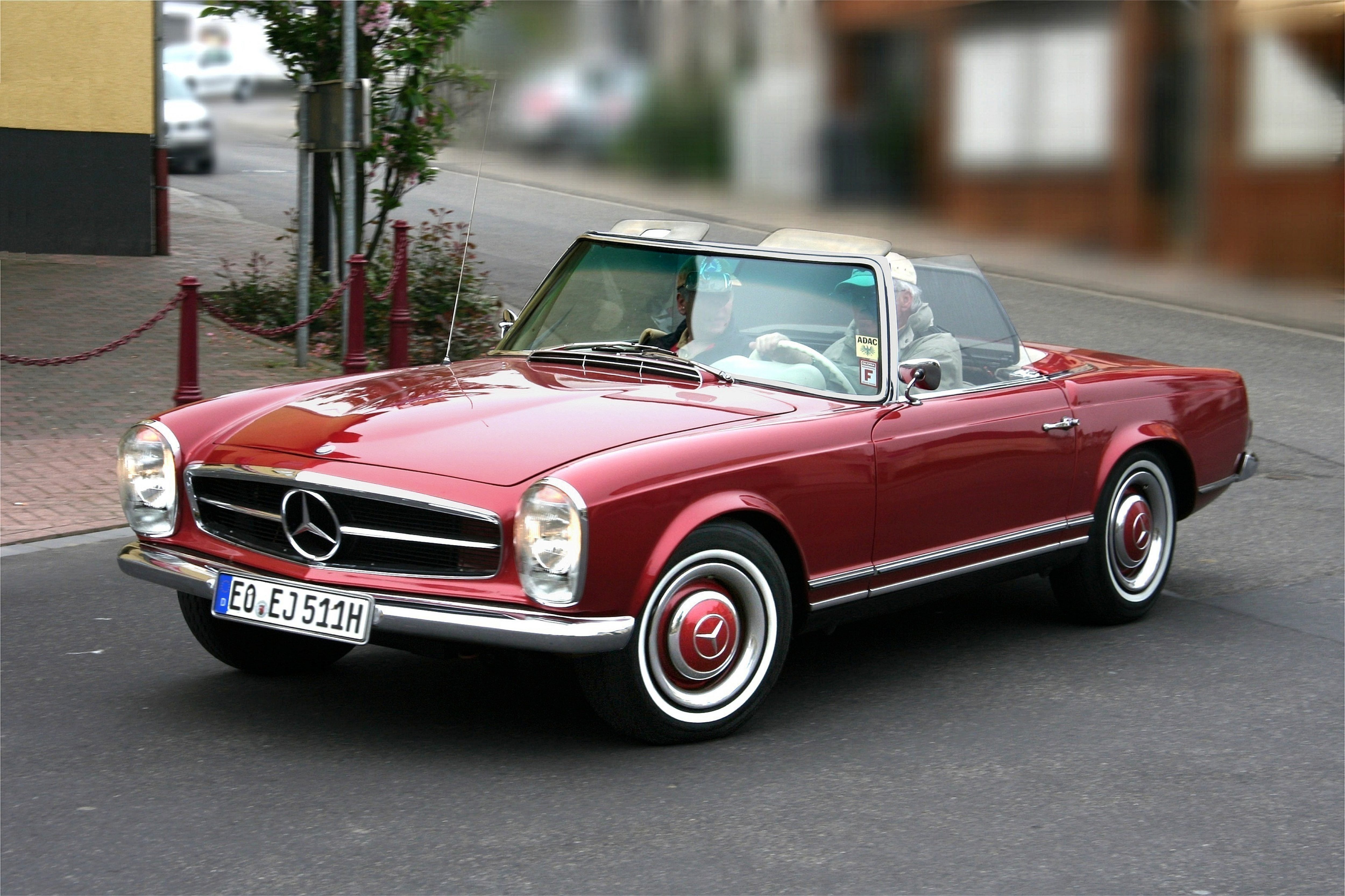