The XK140 was introduced in late 1954 and sold as a 1955 model. Exterior changes that distinguished it from the XK120 included more substantial front and rear bumpers with overriders, and flashing turn signals (operated by a switch on the dash) above the front bumper.

The interior was made more comfortable for taller drivers by moving the engine, firewall and dash forward to give 3 inches (76 mm) more legroom. Two 6-volt batteries, one in each front wing were fitted to the Fixed Head Coupe, but Drop Heads and the Open Two Seater had a single 12-volt battery installed in the front wing on the passenger side.

The XK140 was powered by the William Heynes designed 3.4 litre Jaguar XK double overhead camshaft inline-6 engine, with the Special Equipment modifications from the XK120, which raised the specified power by 10 bhp to 190 bhp (142 kW) gross at 5500 rpm, as standard. The optional C-Type cylinder head carried over from the XK120 catalogue, and produced 210 bhp (157 kW) gross at 5750 rpm.

When fitted with the C-type head, 2-inch sand-cast H8 carburettors, heavier torsion bars and twin exhaust pipes, the car was designated XK140 SE in the UK and XK140 MC in North America.

In 1956 the XK140 became the first Jaguar sports car to be offered with automatic transmission. As with the XK120, wire wheels and dual exhausts were options, with most XK140s imported into the United States having the optional wheels. Cars with the standard disc wheels had spats (fender skirts) over the rear wheel opening. Factory spec 6.00 × 16 inch crossply tyres or optional 185VR16 Pirelli Cinturato CA67 radials could be fitted on either 16 × 5K½ solid wheels or 16 × 5K (special equipment) wire wheels. 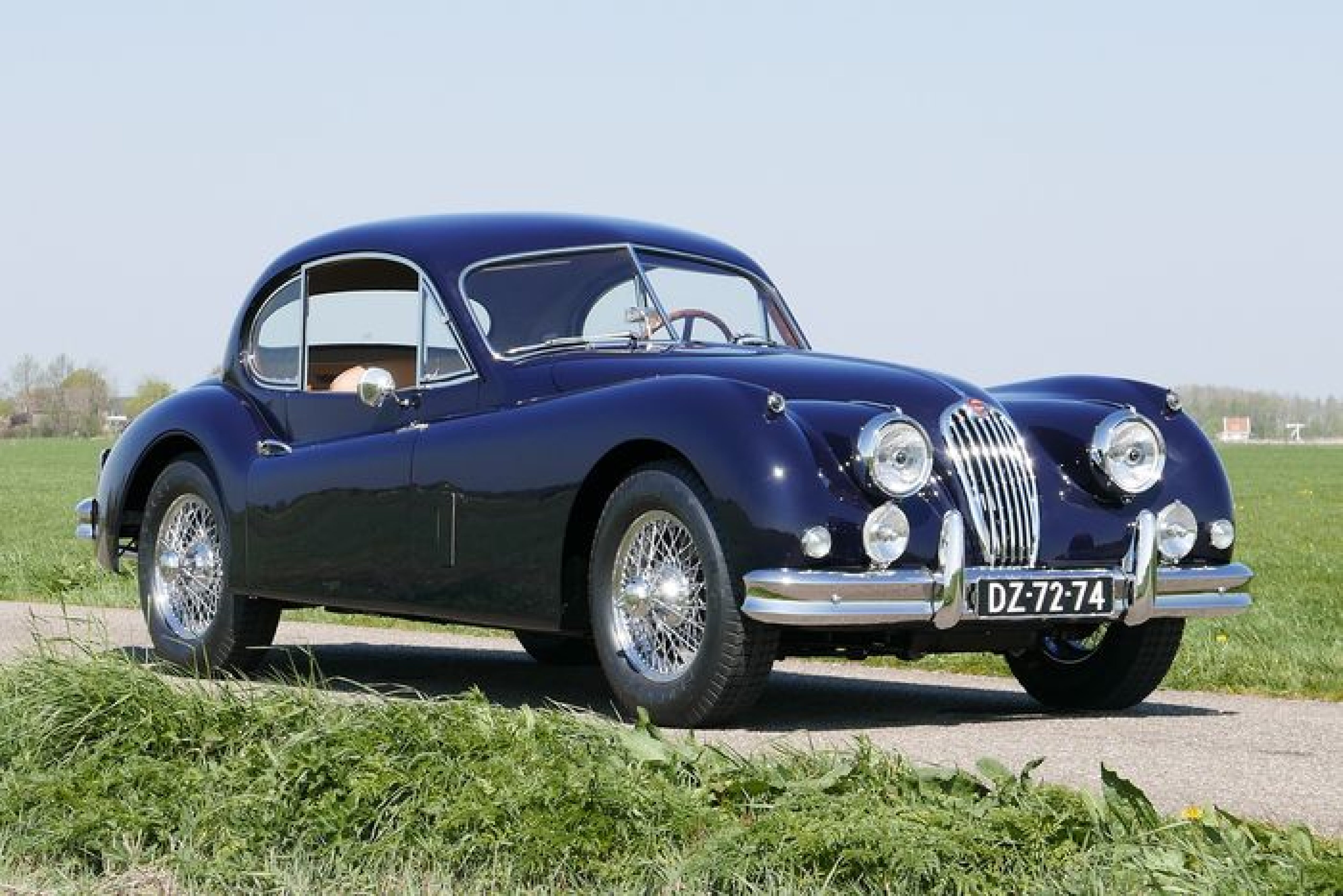