Interesting Fact: The Ford DeLuxe line was introduced in 1938 as a bridge between the companies’ base models and luxury models. Used in later years to describe luxury trims that could be added to Ford vehicles, the DeLuxe was officially in production from 1937 to 1940.

Originally, this model was characterized by its sloping hood and a heart-shaped grille, but this look was quickly thrown away in favor of a more aggressive “v-shaped” grille. The Ford DeLuxe has been featured in prominent movies throughout history, such as Grease and Back to the Future.

The Ford DeLuxe was offered in every form from a two-door coupe to a four-door sedan. An 85 horsepower V8 engine is used to power the car, and the DeLuxe has no successor due to its fate of becoming a trim for additional Ford vehicles. An absolute classic, the Ford DeLuxe is one of the vehicles from history that stands out and is a favorite among collectors and enthusiasts alike! 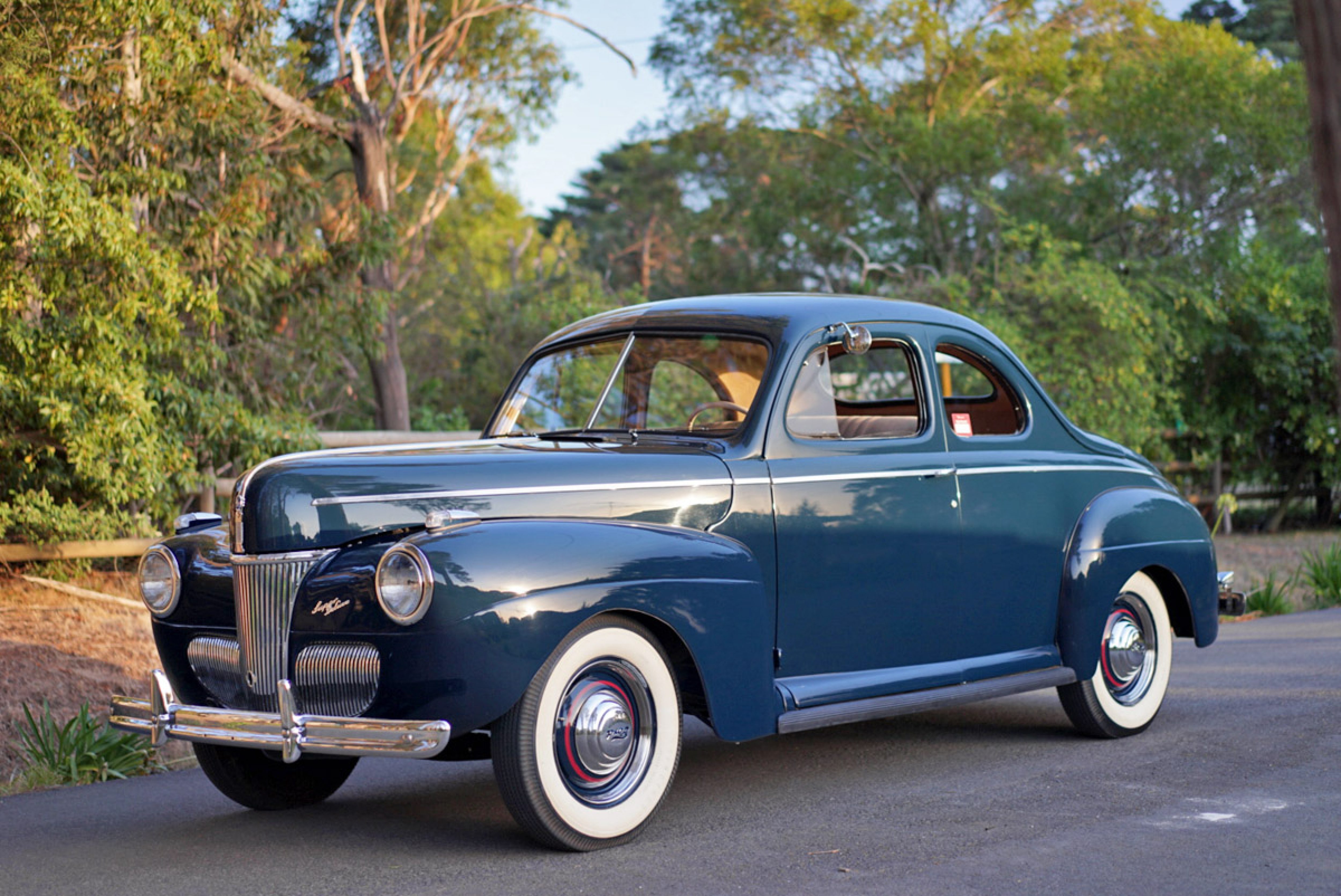