The Ferret Scout Tank, also known as the Ferret Armored Car, is a British armored vehicle designed and built solely for reconnaissance missions. Produced between the years 1952 and 1971 by Daimier, who was based out of the United Kingdom. Widely accepted by many regiments across the nation, the Ferret scout car is known for its historical importance. With only 4,409 units produced, this tank is a rare piece of history.

A steel plate 6-16 mm thick protecting the crew from any hazardous material or shell splinters. A feature found on nearly all subsequent marks & models is the implementation of sisx forward-firing grenade launchers placed upon the hull above the front set of wheels. These grenades were normally carrying smoke, but the Ferret usually carried a .303” Bren light machine gun or a pintle-mounted .30” Browning light machine gun for protective purposes. Interestingly enough, the steering wheel is inverted at a 45 degree angle away from the driver. Experienced drivers of armored vehicles will find this as a usual feature, but may be unusual to others. 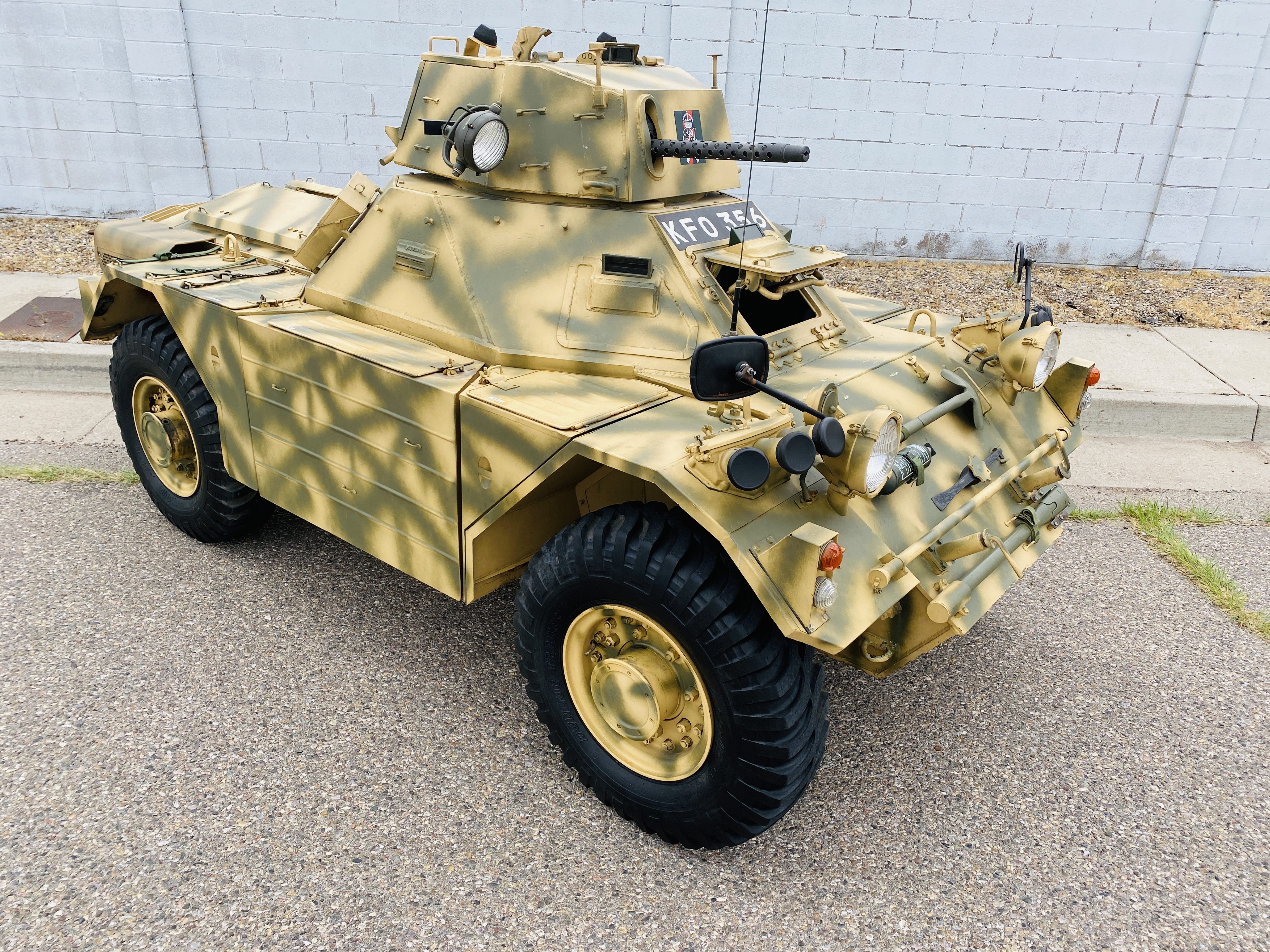