Essex cars were designed to be moderately priced cars which would be affordable to the average family. Proving durable, their capabilities were checked upon and confirmed by AAA and the United States Post Office. In 1919, an Essex completed a 50-hour, 3,037.4 miles (4,888.2 km) endurance test in Cincinnati, Ohio, at an average speed of 60.75 miles per hour (97.77 km/h). The early Essex cars also captured many hill climb records. In a special Essex race car, Glen Shultz won the 1923 Pikes Peak Hill Climb. It had a 108.5-inch (2,760 mm) wheelbase.

Initially, Essex marketed a line of touring cars (open four-door cars with canvas tops), which was the most popular body style of cars in production at the time. While Essex added an enclosed sedan in 1920, it was the introduction of the 1922 closed coach, priced at $1,495 (US$24,202 in 2021 dollars), $300 above that of the touring car. By 1925, the coach was priced below the touring car. While Henry Ford is credited with inventing the affordable car, it was Essex that made the enclosed car affordable.

In 1928, the big news was the use of four-wheel mechanical brakes. Essex boasted “piano hinge doors” which were exceptionally strong. An advertisement shows a man fully supported by an open door to demonstrate the strength of the hinge.

By 1929, the Essex was third in U.S. sales, behind Ford and Chevrolet. 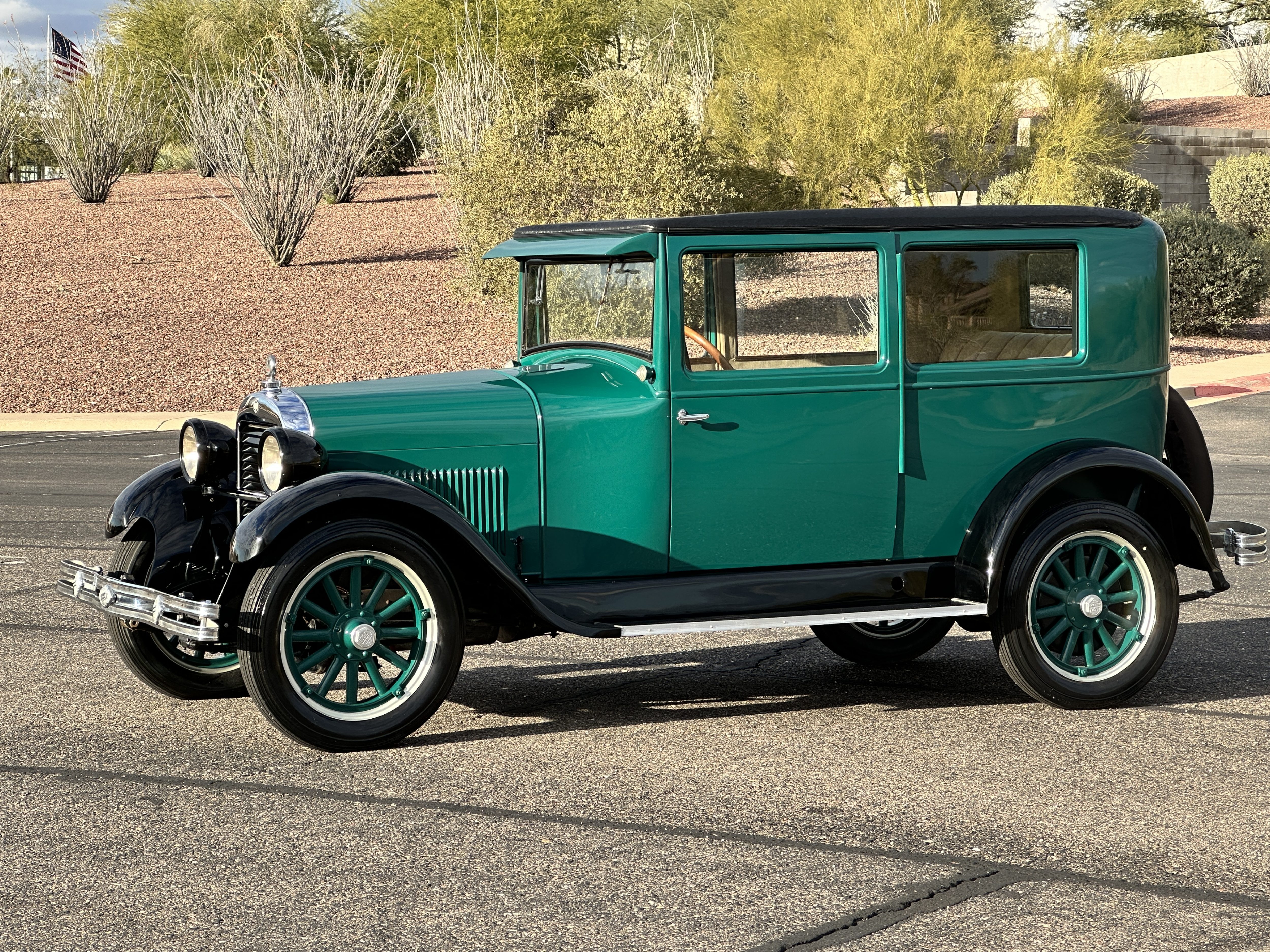