Introduced in fall 1969 for the 1970 model year, the Challenger was one of two Chrysler E-body cars, the other being the slightly smaller Plymouth Barracuda. Positioned to compete against the Mercury Cougar and Pontiac Firebird in the upper end of the pony car market segment, it was “a rather late response” to the Ford Mustang, which debuted in April 1964. Even so, Chrysler intended the new Challenger as the most potent pony car ever, and like the less expensive Barracuda, it was available in a staggering number of trim and option levels, and with virtually every engine in Chrysler’s inventory.

The Challenger’s longer wheelbase, larger dimensions, and more luxurious interior were prompted by the launch of the 1967 Mercury Cougar, likewise, a bigger, more luxurious, and more expensive pony car aimed at affluent young American buyers. The 110 in (2,800 mm) wheelbase was 2 in (51 mm) longer than the Barracuda’s, and the Dodge differed substantially in its sheetmetal, much as the Cougar differed from the shorter-wheelbase Mustang. Air conditioning and a rear window defogger were optional. With 1971 being the sole exception, the front ends of both cars differed from each other in that the Challenger had four headlights and the Barracuda had only two; a trend replicated by offerings from Chrysler’s rivals. 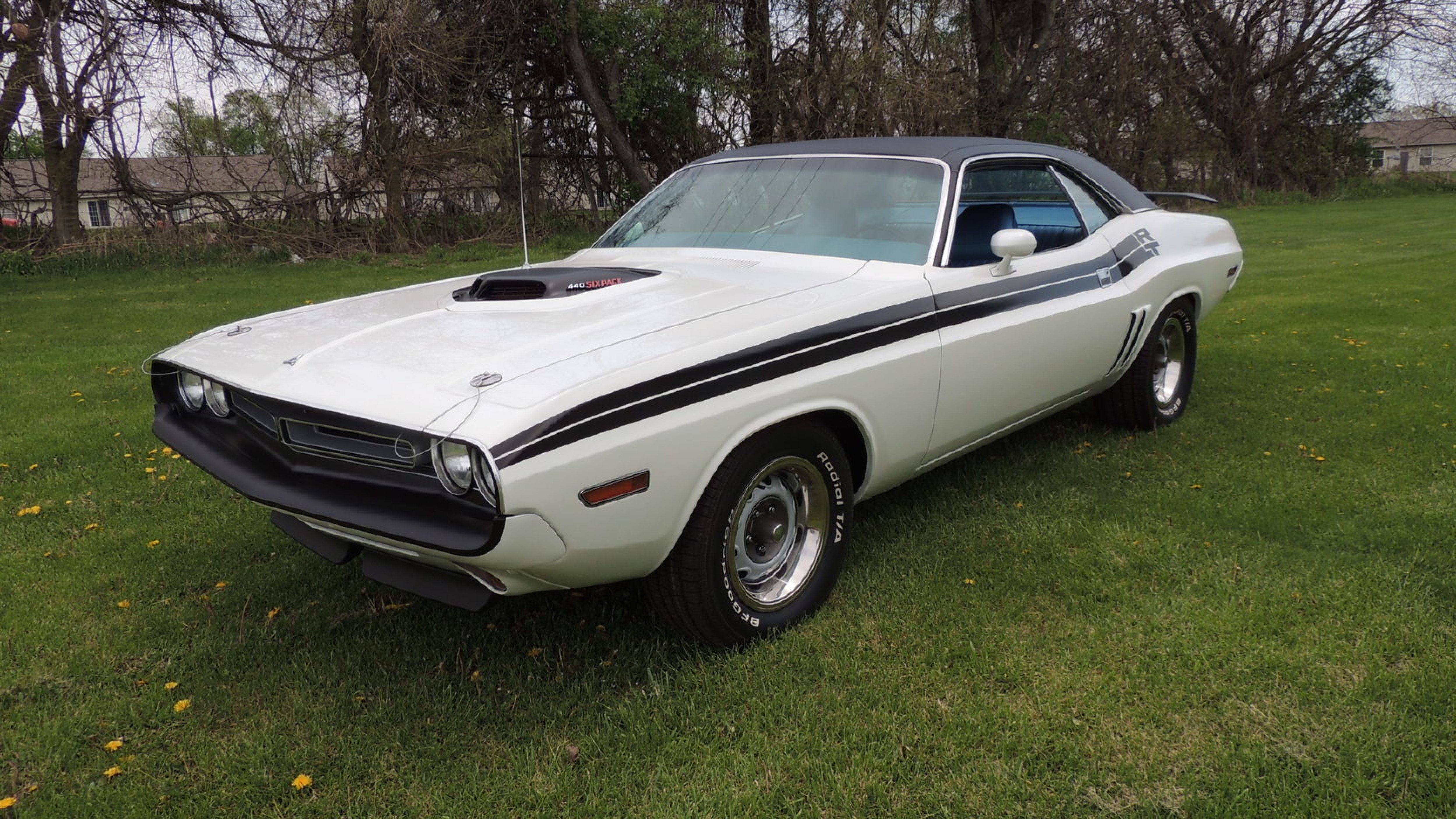