The Buick Regal is an upscale mid-sized automobile that was first introduced by Buick for the 1973 model year. The model was originally positioned as a personal luxury car, and typically offered in both coupe and sedan forms until 1997, when the Regal became sedan-only due to the decline of the personal luxury coupe market. For certain model years between 1973 and 2004, the Regal shared bodies and powertrains with the similar Buick Century, although the Regal was positioned as a more upmarket vehicle.

In February 1982, the Regal Grand National debuted, which was named for the NASCAR Winston Cup Grand National Series (the “Grand National” term was part of the Cup series nomenclature until 1986). Buick had won the Manufacturers Cup in 1981 and 1982, and wanted to capitalize on its success: “What wins on Sunday, sells on Monday”. These 1982 cars were not painted black, which may confuse those not familiar with them. All started out as charcoal gray Regals that were shipped off to a subcontractor for finishing.

Originally intended for a run of 100 units, Cars and Concepts of Brighton, Michigan, retrofitted 215 Regals with the GN package. Most obvious was the light silver gray firemist paint added to each side. Red pinstripes and billboard shadow lettering proclaiming “Buick” were applied. The wheel opening moldings and rocker panel moldings were blacked out using black vinyl tape. Finally, a front air dam and rear spoiler were installed. On the inside, special “Lear-Siegler” seats were installed. These seats are fully adjustable and were covered with silver brandon cloth with black vinyl inserts. The front seat had Buick’s “6” emblem embroidered onto them. Also, a special clock delete plate was added to the instrument panel which contained the yellow and orange “6” logo and the words “Grand National Buick Motor Division”.) 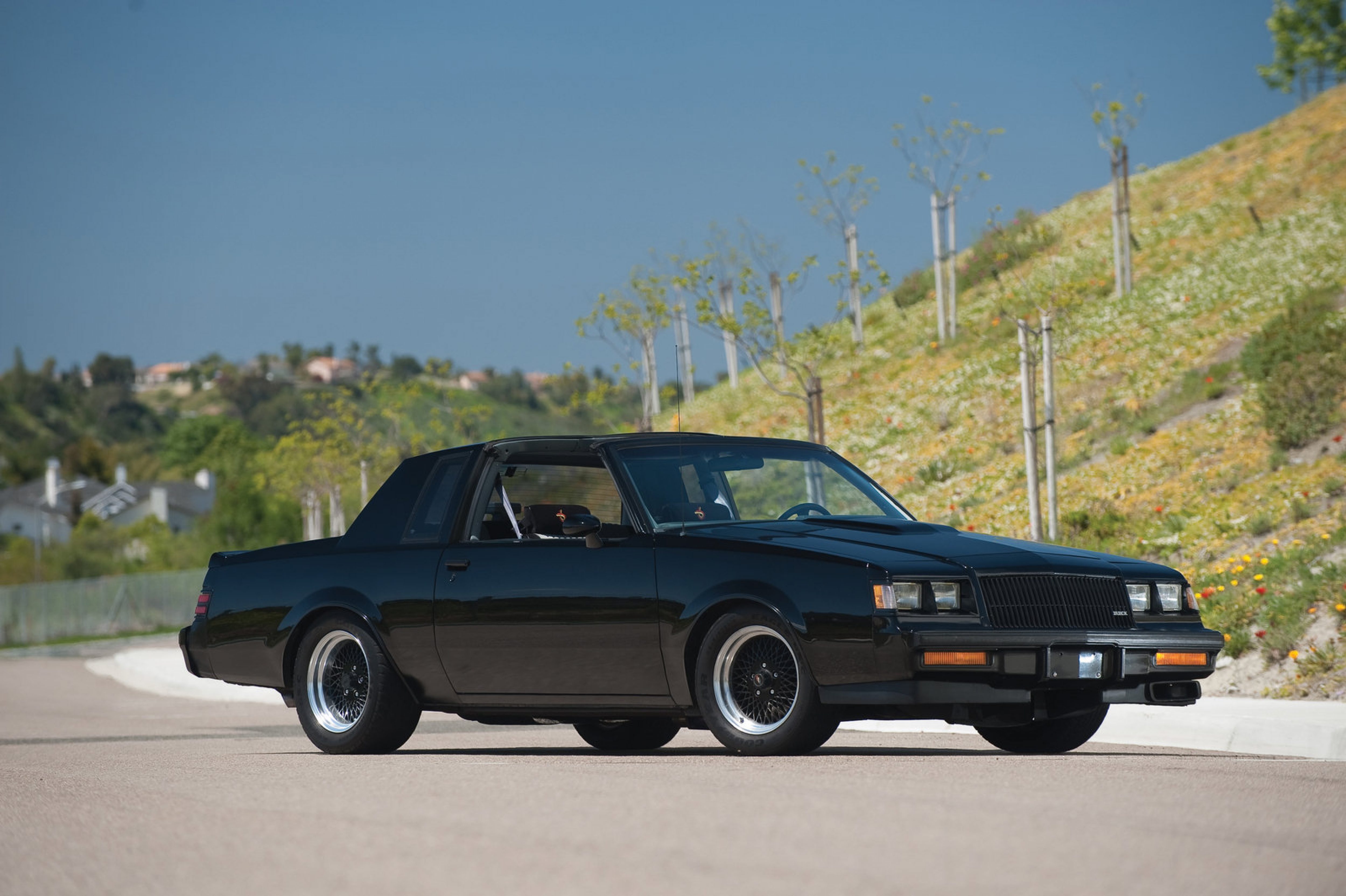