The Auto Red Bug looks like a go cart, but was an automotive innovation as one of the first small electric vehicles introduced in the US. The Red Bug combined the practicality of the modern automobile with the convenience of small size and economical power. They became popular with both young people and adults looking for a vehicle that was small and easy to drive short distances.

Did you know? The Auto Red Bug was enjoyed by Roland Bugatti, Ettore Bugatti, and King Leopold III of Belgium?

The early model Red Bug cars were part of Jekyll Island’s history. They were rented by wealthy industrialists from the Jekyll Island Club Garage for pleasure and a means of travel on Jekyll Island. It was often the preferred choice over the family car. Many wealthy estate-owners purchased them for getting around their grounds. Some island communities that didn’t allow full-size automobiles did permit the use of Red Bugs.

These small electric powered vehicles were first manufactured in 1916. This one was made by Automotive Electric Service Corp. of North Bergen, New Jersey. Referred to as “buckboards” because of their wooden slats, they were powered by an electric engine with a single rear wheel mounted brake. All Auto Red Bugs, whether electric or powered by a motor wheel are fully recognized by the AACA (Antique Automobile Club of America) as cars and eligible for all of their events. 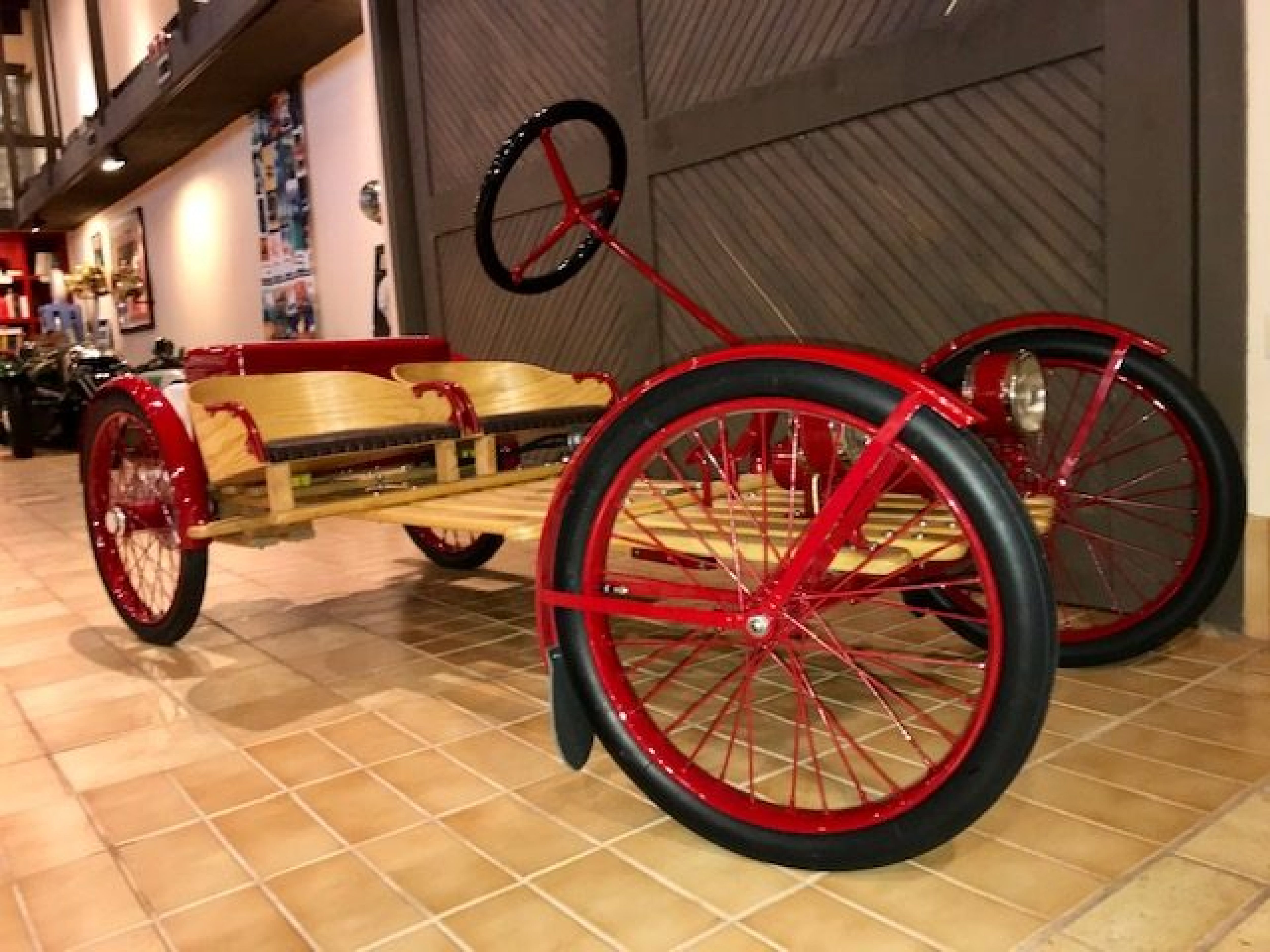