The Austin-Healey Sprite is a small open sports car which was produced in the United Kingdom from 1958 to 1971. The Sprite was announced to the press in Monte Carlo by the British Motor Corporation on 20 May 1958, two days after that year’s Monaco Grand Prix. It was intended to be a low-cost model that “a chap could keep in his bike shed”, yet be the successor to the sporting versions of the pre-war Austin Seven. The Sprite was designed by the Donald Healey Motor Company, with production being undertaken at the MG factory at Abingdon. It first went on sale at a price of £669, using a tuned version of the Austin A-Series engine and as many other components from existing cars as possible to keep costs down.

When the Mk. II Sprite was introduced in 1961 it was joined by a badge-engineered MG version, the Midget, reviving a model name used by MG from the late 1920s through to the mid 1950s. Enthusiasts often refer to these later Sprites and Midgets collectively as “Spridgets.” The MG-badged version of the car continued in production for several years after the Austin-Healey brand ceased to exist. 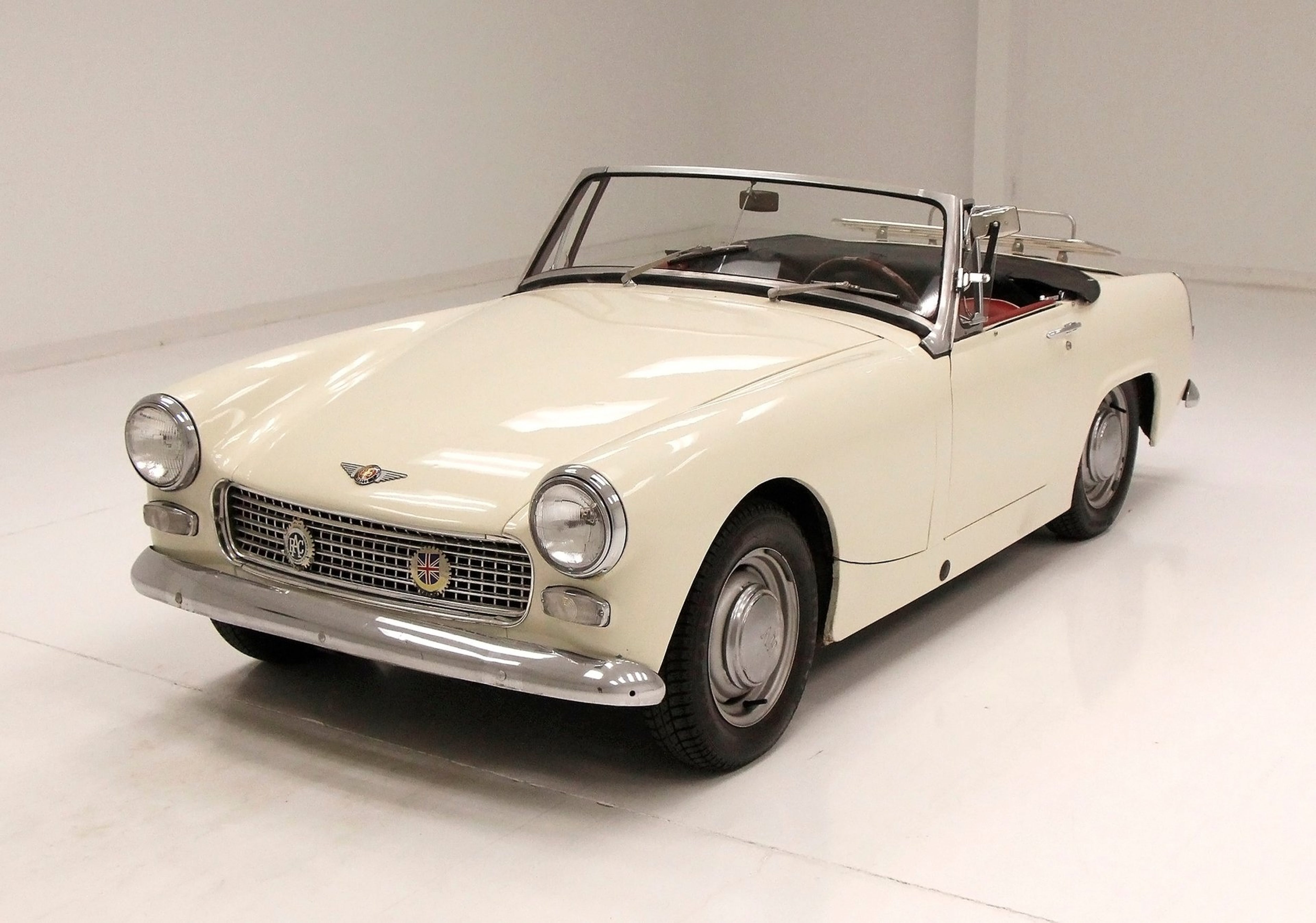