Interesting Fact: The Giulietta Sprint Normale was in production from 1954 to 1965 and included many models over the year. During this time period, 177,690 models were made until it was eventually succeeded by the Giulia.

This model was monumental as it represents Alfa Romeo’s first successful foray into the 1.3-liter class. The Sprint Normale was a 2+2 door coupe that was distinct due to its small round lamps that were used as headlights. Future models saw the brake horsepower on the Normale raised to 61 and a top speed of just over 100 miles per hour.

Eventually, a new 1.6-liter engine was dropped into the model which lead to higher performance overall. A unibody construction was used alongside a front-engine layout that helped to bolster the vehicles power. Throughout the years, the Giulietta Sprint Normale became known as a classic and loved by car historians! 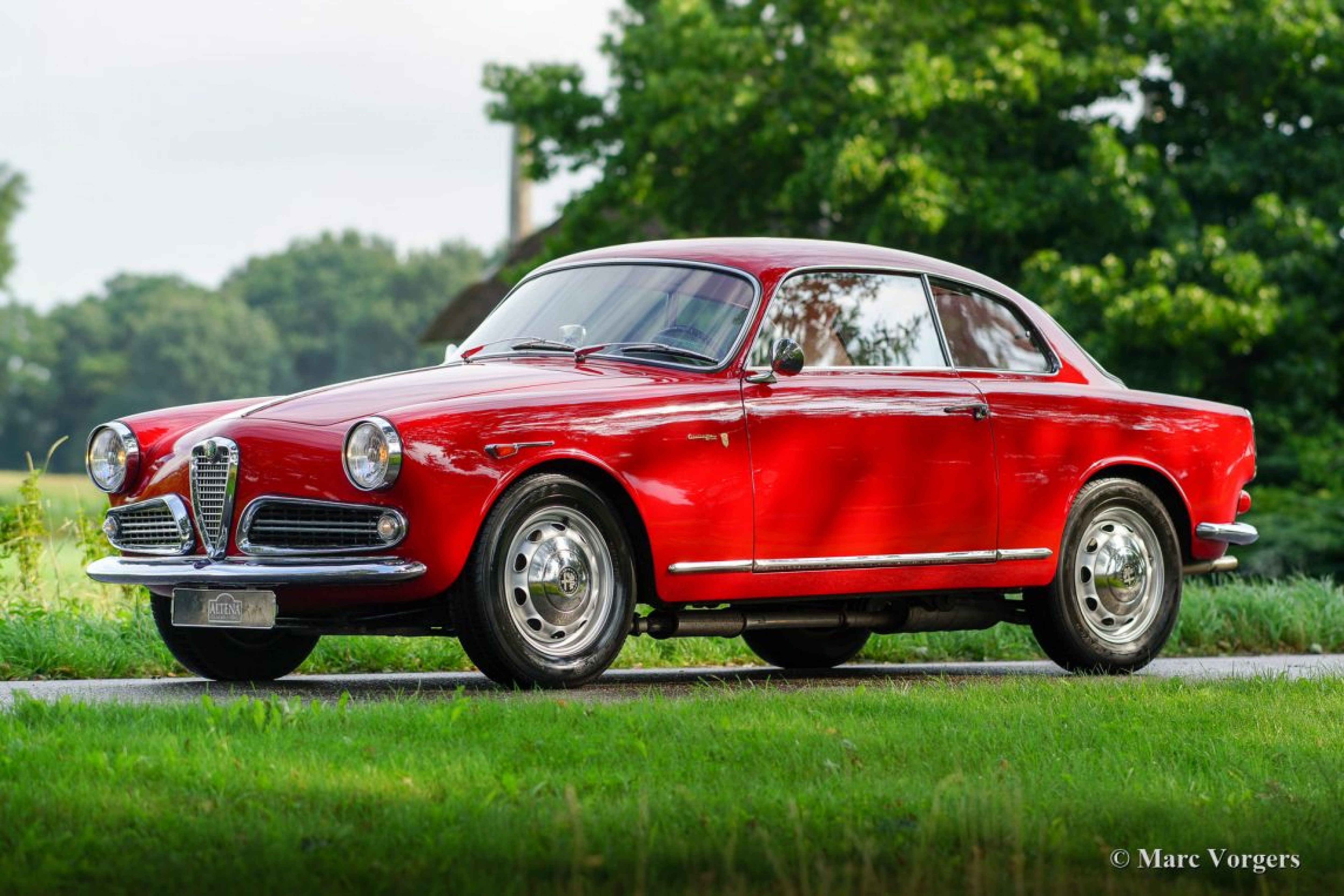