This is likely the nicest or certainly one of the nicest Silver Spur IIIs available. Earning its National First Place at the RROC Annual Meeting two months ago, we will attest to the quality of this example. She is elegant and nearly as-new!

PRICE REDUCED $10,000!!  This is a near showroom new 1994 Rolls-Royce Silver Spur III that in June earned a Concours National First Place at the RROC Annual Meeting in San Diego.  This is a California car that has been beautifully cared for and has travelled 49,000 miles from new.  This Spur is one of 32 LHD Silver Spurs made for the global market in 1994 and is loaded with all the features one would want in a Silver Spur III.

This Spur was ordered new by Nesen Motor Car Co. in Thousand Oaks, CA.  She was sent from the factory to the dealership on the “Mette Maersk” on the 24th of September 1993 arriving at the Los Angeles port on the 20th of October.  Charles Probst of Westlake Village, CA acquired her on June 2, 1994.  The Spur remained in California for nearly all its life except for five years in Utah, during which it travelled 500 miles.

Her most recent owner is a very well-known collector of Rolls-Royce and Bentley motorcars, having been an active RROC member for 55 years.  He always loved the Silver Spur III’s and acquired this one to ensure that it as-new.  He invested $15,000 in its recommissioning to ensure that this was in excellent condition.  In June of 2022, she was entered the Spur into the Concours class at the RROC Annual Meeting in San Diego and where she earned its National First.

The livery is in its original Arctic White with twin tan coach stripes and complimented with an abundance of chrome and stainless-steel accents.  The Silver Spur III wheel covers are a mixture of painted and chrome and look terrific.  Newer white wall radials also look elegant and natural.  A feature we have not seen previously are the side marker lights on the rear fenders.  Overall, the exterior of this Rolls is nearly perfect.  There is one very small ding visible near the driver’s door handle.  The rear bumper has some normal light scratching from use.

The interior also looks nearly new in parchment leather with soft tan accents.  The condition of the leather belies its age.  The leather shows almost no wear, with only very nominal creasing on the driver’s seat.  The wood is special with burl walnut with oxwood inlay.  This treatment is very traditional and rarely seen in the later Spurs.  It provides an elegant look that is fantastic.  The headliner is also Parchment leather and is in excellent condition.  The rear passenger compartment features the picnic tables as well as power reclining rear seats.  We would recommend ordering a new set of sheepskin mouton overlays to place over the carpeting.  Still installed in this Spur (and rarely seen these days) are the front and rear analog cellular phones hidden away in the armrests, both for the front passenger as well as the rear!  In addition, the original cellular phone antenna remains in the rear window.

The engine compartment is in showroom condition and its 6.75-liter V8 and all of its systems have been serviced and function well.  The Silver Spur III as of 1994 had greater performance and is said to travel up to 134 mph.  This Spurs history file is quite extensive with service and repair receipts going back to 1997.  In addition to this extensive file, this Spur comes complete with a Silver Spur sales brochure and a very rare hard-covered Rolls-Royce dealer brochure covering the introduction of the new 1994 line of Rolls-Royce and the Silver Spur III in particular!

Since only 32 LHD examples were made in 1994 there is very little data supporting the value of this Rolls.  The NADA Value shows $65,300 for a Silver Spur III while Hagerty does not list a value.

For more information and details, please call, text or email Harry Clark at +1.602.245.7200 or sales@classicpromenade.com. The Rolls is available for viewing at our Phoenix showroom. 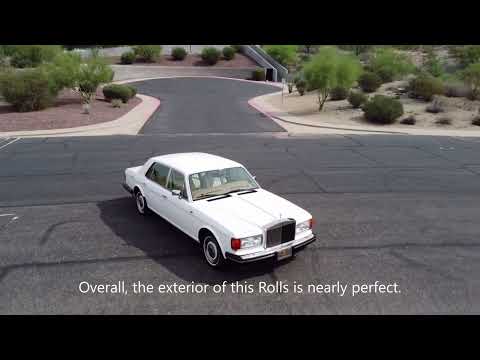 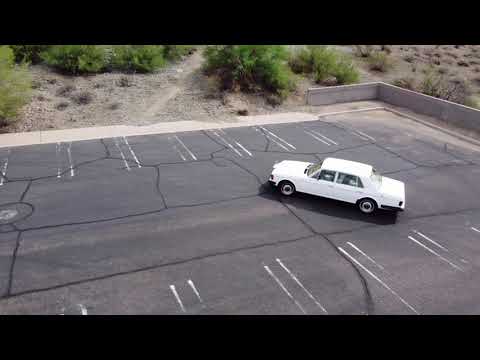 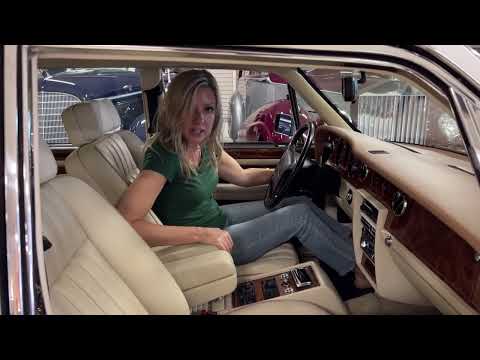