This is an SL that we are selling for our friend. It has 43k miles and two families from new. Living primarily in Arizona, it is well preserved. The convertible top has only been up a few times in 33 years!! She's great to drive.

This is a two family owned since new 1988 Mercedes-Benz 560SL with 43,400 miles from new and has been well maintained.  This is owned by a friend and client of ours.  He bought it from Schumacher European in Scottsdale, AZ 18 years ago.  At that time, it had accumulated 19, 971 miles by the original owners.  The roadster is accompanied by decades of documentation for service and history.

The Artic White (Paint Code 147) is in excellent original condition.  In 2017, there was some limited damage to the front suspension, which was repaired well with no body work (as noted on the CARFAX).  The SL has been garage kept for most all of its life and looks great today for its 33 years of age.  The radials are newer with limited miles, but two of the wheels are chromed and two are painted.  The roadster comes with its original hardtop, which is in excellent condition.  Frankly, it appears as though the black canvas convertible top has been used two or three times since new.  It is rather pristine.

The Palomino Leather (Trim Code 274) is original and in very nice condition.  There are three or four very small nicks in the leather, but overall the interior is in great shape.  Importantly, the dashboard has no cracks or issues.  The wood is darker which contrasts well with the tan interior.  There are two small cracks in the wood which are seen in the photo gallery.  The headliners of the hardtop and the soft top are in excellent condition.  The tan carpeting is also in very nice original condition.  We love the original First Aid kit behind the seats.

The engine compartment confirms the 43,400 miles and belies the 33 years of age.  Mechanically the roadster is in excellent condition.  The air conditioning works very well, even in our 110 degree F temperatures.  It was converted to 134a in 2017.

This 560SL comes complete with both tops, the First Aid kit, tools, all the books and records and a clean CARFAX, except the limited suspension fender damage done in 2017.

For more information, please call, text or email Harry Clark at +1.602.245.7200 or harry@classicpromenade.com.  The SL is available for viewing at our Phoenix showroom. 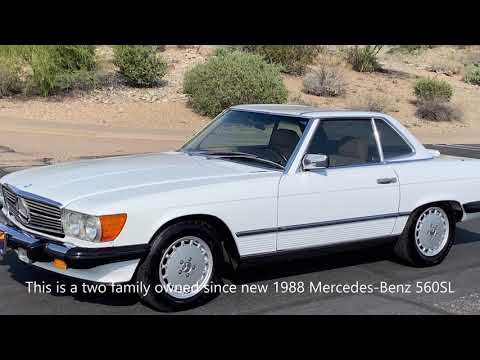 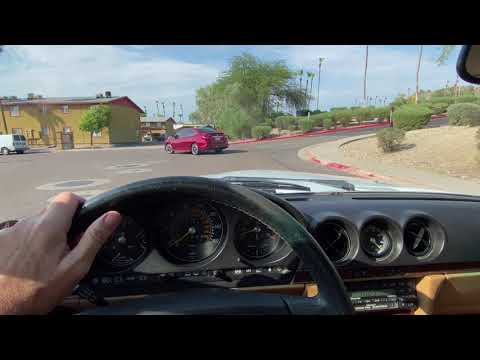 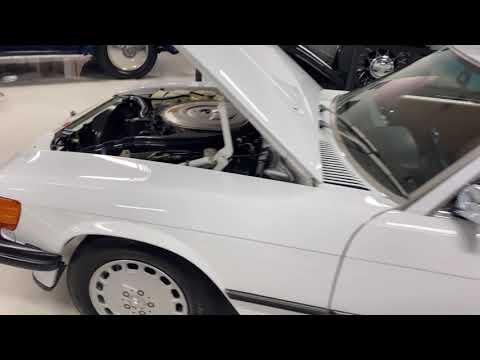