This is a spectacular original Silver Shadow with wonderful provenance and well maintained by its owners from new.

This is a gorgeous 1972 Rolls-Royce Silver Shadow with only three Arizona owners since new, having accumulated a mere 59,500 miles. This is the definition of a survivor!

The livery is beautifully displayed in the Caribbean Blue metallic. It has all its original paint which is in incredible, nearly new condition. The dark blue coach-stripe just pops against the silver blue metallic paint. It looks as stunning today as it must have in 1972 when it was driven off the showroom floor. There are no dents and only one scratch, and the chrome and stainless are in excellent condition with few flaws. Perhaps one would expect such perfection from a two owner, Arizona car that has been garaged its entire life.

The interior is also all original and in remarkable condition. The dark blue leather is very soft and supple. With the exception of the driver’s and passenger seat bottom cushions, there is no excessive wear or cracking. There is a small crack on the driver’s seat cushion and a split on the driver’s seat cushion which we show in the photo gallery. The wood is Italian walnut and in gorgeous condition, having never been repaired or refinished, as it was never needed. There are several normal cracks in the wood finish, also shown in the photo gallery.  There has been the addition of a new set of sheepskin overlays on top of the original light blue carpets. They are as new in all respects.

Mechanically, the Shadow is in excellent condition. The car runs, drives and performs as it should. The radios are not functioning and haven’t since the present owners acquired the car in 2001. The passenger rear door is sometimes sticky, and the tires are older with 5,000 miles on them. All other systems are good to go! Of course, the air conditioning blows nice and cold, of some importance here in Arizona!

HISTORY OF THIS SILVER SHADOW:
This car was bought from Albers Rolls Royce in Zionsville, Indiana for delivery to Arizona. Dr. John Bowers bought this Shadow new in 1973. Dr. Bowers was a long time RROC member and was well known for his 1925 Rolls-Royce Silver Ghost and his 1931 Rolls-Royce Phantom II Newmarket convertible sedan. This Silver Shadow was his daily motorcar for about three decades. He took fastidious care of the car mechanically and cosmetically, as one would expect for a Rolls-Royce collector. He had amassed a total of 54,566 miles from new.

In 2001, Rich and Kathy Schuller of Scottsdale, AZ became the next caretakers of the Shadow. As a long time Jet engineer and executive, Rich took incredible care of the motorcar. With his jet experience, he admires and respects the engineering behind the Silver Shadow. You can imagine the care given to the car under his stewardship.

Every week they would use the motorcar to drive to church, RROC meetings and other events. Rich understands the importance of using it weekly to keep the seals lubricated and ensuring all the systems operate and cycle through. This is the same philosophy applied to jet aircraft. In the past 18 years of ownership, the Schuller’s have added just over 4,100 additional miles, for a total mileage of 58,600 from new.  We sold the Shadow to its present owner, Duane Gerstenberger in Sun City, where they added just under 1,000 miles in the past 2 1/2 years.

This Rolls comes complete with some spare parts, an entire library of service manuals, club publications, books, records, tools, and owner’s handbooks. This is a beautiful survivor example of the Rolls-Royce Silver Shadow. If you are looking for an exquisite original, this may be your car. For more details and information, please call or text us at +1.602.245.7200 or email Harry Clark at harry@classicpromenade.com.  The Silver Shadow is available to inspect in our Phoenix showroom. 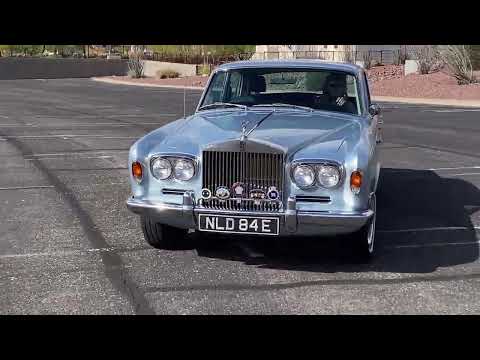 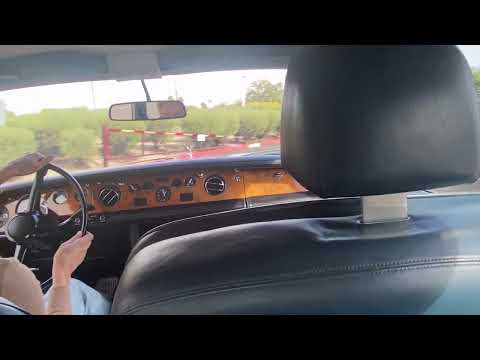