This is an incredibly rare 911S Sunroof Coupe. Being even rarer than the coveted soft-window Targa and arguably more fun to drive, this is the Porsche to collect, show and enjoy! And the Bahama Yellow is the classic late-60's color!

This 1967 Porsche 911S Sunroof Coupe is one of the finest restorations of the original S that you’ll find. The painstaking attention to detail with a few welcome upgrades make this coupe at home on the showfield, while also being one of the most fun classics to drive and enjoy. Collectors will appreciate the rarity of the factory sunroof production numbers, with fewer believed to be produced than the highly sought after Targa model. With only 340 miles accumulated since the restoration was completed by marque experts, this is just about as close to showroom condition as you’ll find.

This 911S is said to be a California car from new. This Sunroof Coupe was covered and stored in an airport hangar in Monterey in the mid-eighties for 23 years before being acquired in August of 2010 by the current collector. The present owner is a former senior executive and well regarded Porsche collector from Northern California that commissioned a no-expenses spared, ten-year restoration featuring some of the most well known marque experts in the 911 world.

The coupes original Bahama Yellow livery was repainted beautifully after the body preparations were completed meticulously by noted expert Porsche body worker, Dink Farmer. All badges and lettering appear as new along with impressive brightwork, with no signs of aging. Porsche purists will appreciate even the minute details, including the professional restoration of the real 1967 911S hood badge. The factory sunroof operates without issue and the wind deflector functions as expected. Beautiful, correctly date coded Fuchs wheels look as-new, bringing this package of near perfection together.  These wheels were one year only and only appeared on 911S models, making them incredibly rare. They were refinished by Harvey Weidman, renowned Fuchs wheel restorer in Oroville, California.  The rear window heater and rear window wiper are both original options chosen for this Porsche from the factory, as confirmed by the Certificate of Authenticity from Porsche.

The interior, finished by Autos International in Escondido, California, looks just as flawless as the exterior, with a few tasteful changes. Porsche afficionados will notice that the original “batwing” style steering wheel has been replaced with a black leather “RS” Porsche steering wheel by Tony Garcia of Autobahn Interiors in San Diego, California. The original steering wheel has been reconditioned and will be included in the sale. Another style change with traditional flare are the leather and Pepita cloth Racing style bucket seats. The seats are in new condition with thick bolstering. The original Touring Pepita cloth seats have also been reconditioned and will be included in the sale as well. The original restored Webasto gas heater will be included in the sale of the car, but has been removed for obvious safety concerns. All original gauges were rebuilt by Palo Alto Speedometer in Palo Alto, California. The best way to describe the interior is showroom new.

The numbers matching, flat-six engine roars to life on startup with a surprising grumble from the aftermarket M & K “RS” style lightweight twin pipe out exhaust. The names and shops that have had their hands on this engine are a venerable who’s who in the 911 world. The engine was rebuilt and received non-visual performance enhancements by a Porsche engine and transmission specialist in Oakland, CA.  All machining was done by Porsche specialists at Ollie’s Machine Shop in Lake Havasu City, Arizona. The correct Weber IDS carburetors were rebuilt by 911 expert Paul Abbott of Performance Oriented in Salem, OR. With only about three hundred miles since the restoration was completed, the engine bay is finely detailed as is the undercarriage. Rowing through the gears on the original dogleg five speed manual is precise, predictable, and an absolute pleasure. The brake calipers were rebuilt by the specialists at PMB Performance in Sandy, Utah and the entire system performs flawlessly. Moving the lightweight body is fun, and so are the gazes and the many nods of approval you will get as you drive by.

As previously mentioned, the original seats, steering wheel and gas heaters are included in the sale. Also included are an original owner’s manual and the coveted original toolkit.

For details and information, please call, email or text Harry Clark at +1.602.245.7200 or sales@classicpromenade.com. This Porsche can be seen at our showroom in Phoenix, AZ. 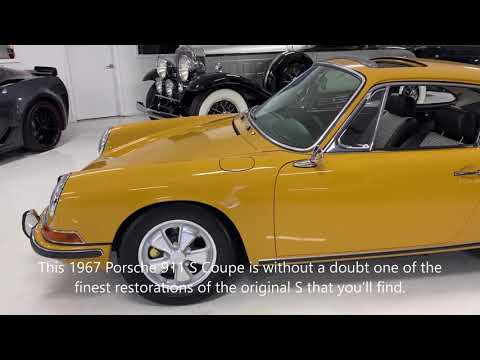 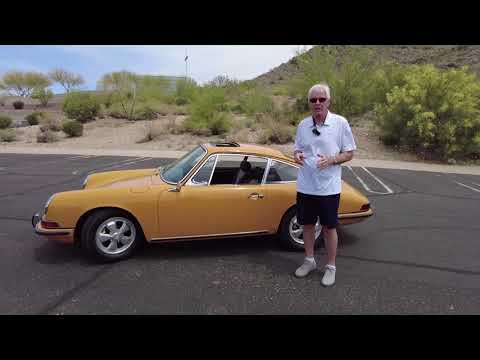