I was raised with British sports cars and the MGA's have always been one of my favorites. In an MGA, travelling at 40 mph gives the exhilaration of 70 mph in a "normal" car. They have excellent reliability and are fantastic to drive and enjoy. This example has the provenance and looks to make it one of the best!

This is a true West Coast two-family 1962 MGA Mark II 1600 Roadster that has accumulated a mere 42,000 miles from new.  Having never been fully restored, this has been meticulously cared for, as-needed.  It would be acceptable to show at most concours events and has been more recently used in rallies.  This is a fantastic rust-free example that has been loved since new.

This MGA was purchased new in the San Francisco Bay Area by Phyllis Hunter and retained by her for over three decades.  In her words: “I purchased it new in January of 1963.  I was going to buy a Karmann Ghia, but walked into the wrong door!  I obviously never left the shop without my new MGA.”  In addition to the letter from Phyllis, she included for the MG’s file numerous photos from her honeymoon trip in 1966 and a 1977 trip along Route 66.  We love the suitcase on the luggage rack!

In 1999, Phyllis passed the MG onto her son Erik Hunter for his 30th.  Erik lived in Seattle and had it transported there for his use.  Subsequently the paint was refinished as well as new leather for the seats.  In total, the MGA was retained by the Hunter’s for 40 years. It’s next owner is our client, John Tulloch, who acquired the roadster in 2012.  Mr. Tulloch added the MGA to his collection of European sports cars.  Mr. Tulloch used the MGA sparingly, but invested a total of $16,000 in mechanical improvements with Artisan Automotive in Scottsdale.

The Black livery is gorgeous and is well polished for show.  It does have several very small touched up chips that are visible only upon close inspection.  Most of the chrome is refinished and in beautiful condition and the chromed wire wheels are as-new.  The gray vinyl convertible top is as-new and looks great on the Roadster.

The red leather interior is a combination of original and new.  The seats were completely restored and replaced with new matching red leather while the dash and other sections are original and in beautiful condition.  Rarely do you see a convertible, especially a British sportscar, with such nice original features.  The black carpeting is as new and has extra insulation underneath.  All of the instruments work as they should.  Side curtains and a new black canvas tonneau cover are included, as well.

The Mark II is the final iteration of the MGA and the most refined.  The 1.6 liter OHV Inline 4-cylinder engine produces 86 hp with its twin SU carburetors.  The engine and drivetrain have had significant work performed over the past six years, including a fully rebuilt cylinder head, hardened valve seats, new clutch, starter, rebuilt generator and new motor mounts.  In fact, $16,000 has been invested to make sure this MGA is ready for touring.  The four-speed transmission shifts well through the gears with ease and the front-disc brakes are responsive and confidence inspiring.  In addition, the engine and engine compartment were detailed to be shown and look great today.  Meanwhile, the chassis is original and reflective of a 42,000 mile West Coast car and without rust or rot.

The NADA Value for this roadster is $56,500.  The provenance of this Roadster and its present condition make this a wonderful value.  The asking price is firm for this MGA.

For more details and information, please call, text or email Harry Clark at +1.602.245.7200 or harry@classicpromenade.com.  The MGA is available for viewing at our Phoenix showroom. 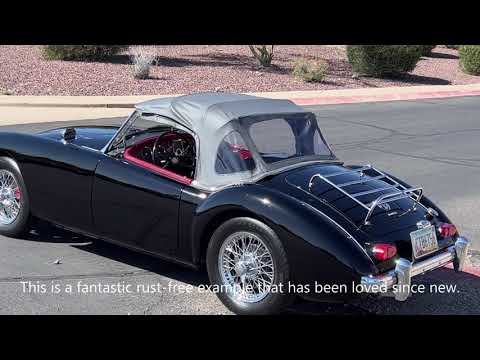 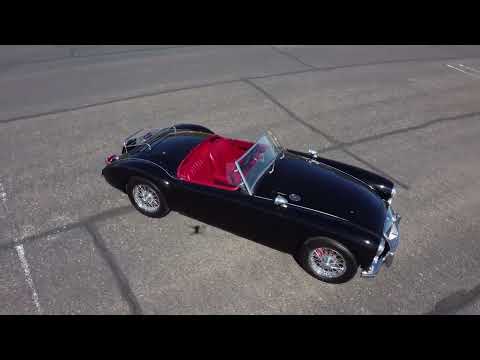 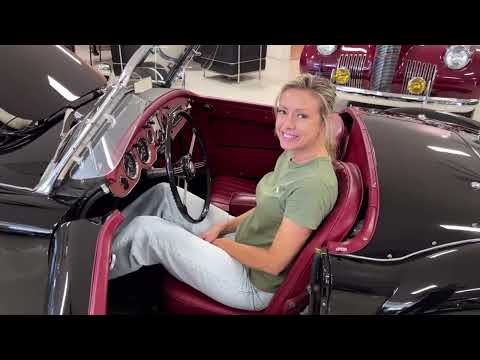