This is a terrific example of the iconic 1962 Corvette that can be toured, shown or otherwise added to a collection. In Roman Red, it looks just right.

This is a wonderful 1962 Chevy Corvette that is said to be a low mile example that has been restored as necessary.  Originally equipped with the 327 CID 340 hp engine with the upgraded 4-speed transmission, it is fast and fun to drive.  The Roman Red livery is sporty and looks sharp.

This Corvette was bought by a good friend five years ago as a low mileage, numbers matching, 340 hp 327 CID, 4-speed example in Roman Red with both the convertible top and optional hardtop.  It was thought to have less than 54,000 miles and had benefitted from an older restoration.

The livery is sporty and sharp with a fresh repaint in its original Roman Red.  With its removable hardtop also freshly repainted in Roman Red, this Corvette also has its tan vinyl manual convertible top that is in very nice condition.  The wheel covers looks sharp with the faux knock-off spinners.  The new paint includes all new door seals and is in very nice condition.  Overall, it is excellent for local and regional car shows and events.  The chrome and stainless trim are original or from an older restoration and are overall very nice, but showing normal fine scratching from use.

The red vinyl interior is very nice and has no noticeable flaws.  The red carpeting is also in very good condition.  There are a few scratches near the instrument cluster and the red sports steering wheel has the normal light cracks from use.  The optional 4-speed close ratio Syncro-mesh shifter gets the attention in the center of the passenger compartment.  It also features a RetroSound stereo system, although you’re more likely to want to hear the sounds of the engine than a stereo.

The engine compartment is in very nice show condition.  While not for concours, this Corvette overall stands on its own very well for regional shows and for touring. This has been shown at several events, including the La Jolla Concours.

As mentioned, the engine was rebuilt about two years ago with a remanufactured block with the larger 4-barrel carburetor, making it now non-numbers matching.  It has about three hundred miles added since.  It was rebuilt using a Comp Cam and a DeWitts extra efficient radiator and electric fan installed to allow sufficient cooling even for the extreme 110 degree F summers in Phoenix.  In total, about $12,800 has been invested over the past few years to make this a terrific driving Corvette.

Included in the sale are the correct original factory hardtop, owner’s manual, jack and tools, restoration receipts as well as the spare wheel.

For more information and details, please call, text or email Harry Clark +1.602.245.7200 or harry@classicpromenade.com.  The Corvette is available for inspection at our Phoenix showroom. 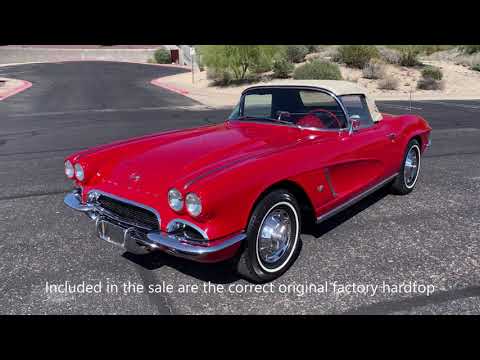 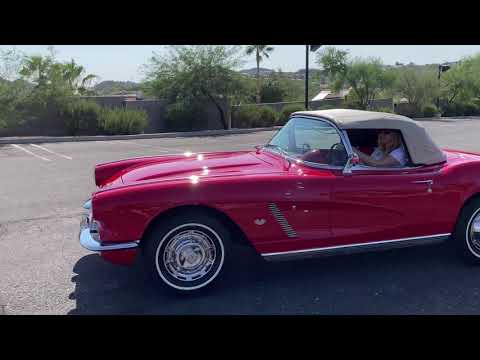 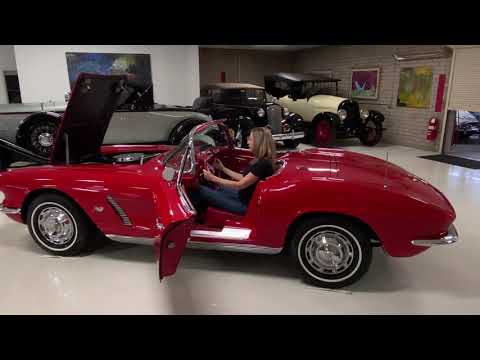