The Silver Cloud series are the most refined Rolls-Royces made, while still retaining the Pre-War traditions with many modern features. This is a wonderful driver or tour quality car that can be immediately enjoyed.

This is a very nice 1960 Rolls-Royce Silver Cloud II saloon which has been enjoyed by one family since 1986.  This is a driver and touring quality Rolls that has been used sparingly and kept in overall nice condition.  It is beautiful in Mason’s Black with Beige leather interior and, importantly, includes well-functioning rear-air conditioning.

LSTB212 was ordered through Grund & Co. to be delivered to Amsterdam, Netherlands for Mr. Wayne Dorland  It was dispatched to Rolls-Royce Lillie Hall and was shipped on the ship Koningen Emma to the Netherlands on April 25, 1960.  Presumably, Mr. Dorland had the car delivered to the continent for a European tour.  It was then immediately transported by Mr. Dorland to his home in Parsippany, NJ where he enjoyed the car for the next 14 years.  Please note that we have added a few photos of the Rolls in the US in the early 1960’s, when it was imported by Mr. Dorland.

This Rolls was originally ordered in Sage Green (Valspar 15749) over Smoke Green (Valspar 15746) and was repainted in Mason’s Black most likely in the early 1980’s.  Nowhere that we’ve seen is there evidence of the color change except for the factory build sheet which specify the original color combination.  It was ordered with high frequency horns and a button in place of the mascot, most likely for fear of the Spirit of Ecstasy being stolen on its shipment to Amsterdam.  The mascot was delivered with the car in the glove box.

The Mason’s Black paint is in very nice touring condition today.  Since the repaint was likely about 40 years ago, it has several touched-up areas.  We review the condition of the paint in some detail in the inspection video.  There are absolutely no signs of rust, corrosion or even significant cracking in the paint.  Mainly just a number of touched up scratches and chips.  These are really evident only upon close inspection.  Refer to the inspection video for details.  The Tan coachstripes really pop and compliment the Mason’s Black livery.

The chrome and stainless are in nice condition.  The front bumper is in very nice condition, whereas the rear bumper has a few smaller dents.

The Beige leather (VM3234) interior is in very nice touring condition.  There are no rips or tears.  The leather upholstery was likely replaced in its original color when it was painted, about 40 years ago.  Being kept in Palo Alto for most of this time, it is very soft and supple today.  We had the seats very lightly dusted with leather dye to freshen it, giving it another 20 years of pleasurable use.  The wood is presentable and has a consistent patina as the rest of the Rolls, but it wouldn’t be too difficult to refinish some or all of the wood and really make it stand out!  We would recommend this to be done.

The engine compartment shows a nice honest original Rolls that has been well maintained and loved.  We have a variety of service invoices and the most recent was a full annual servicing by British car specialists.  In the documents on our listing page we have nearly 20 years worth of service receipts. It has been recently serviced and overall shows well.  The undercarriage is without rot and is in good condition without having ever been detailed.  There is light surface rust on some of the undercarriage, but only superficial and there is not rot.  The rear spring leather gator covers are in very nice condition, which further supports that the Rolls has not been exposed consistently to inclimate weather.

Included in the sales is the original owners handbook as well as many of the large and small tools.  We have this priced well as the Hagerty Price Guide has a No. 4 condition valued at $42,350 (with air conditioning).

For more details and information, please text, call or email Harry Clark at +1.602.245.7200 or harry@classicpromenade.com.  The Rolls is in our Phoenix showroom. 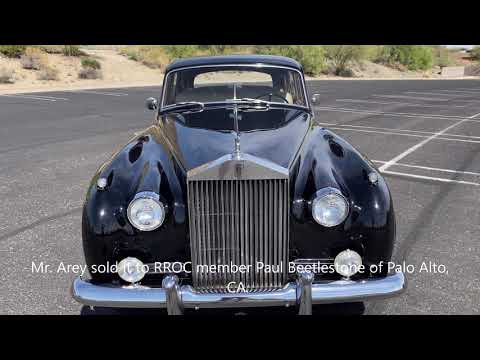 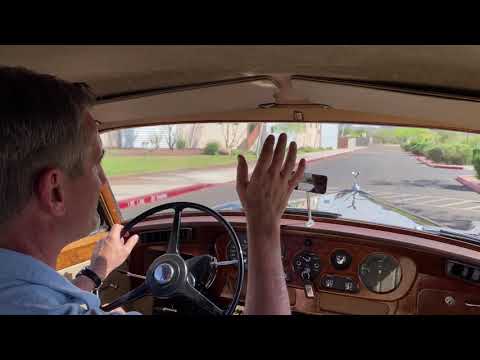 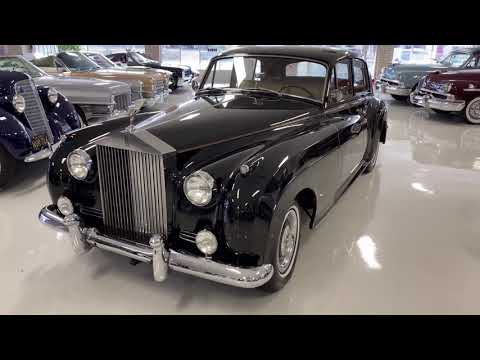 We have added photos from the original owner. He imported it into the US in the very early 1960’s. We’ve obtained three period photos after it arrived here in the US with the owner and his wife, etc. Very fun find!