The restoration on this Healey will blow you away!! The quality of each component is top-notch. And it drives every bit as well as it looks! Someone is going to end up with a fantastic Healey!

This is a 1960 Austin-Healey 3000 Mk I BT7 Open 2+2 that has such an unusually high-quality restoration that Sports Car Market described it as “Better than new without going over the top”.   This Healey has a wonderful California provenance with three previous owners from new and, of course, has matching numbers.  Some of the top British car restorers were involved in its restoration and it needs nothing today to be enjoyed, whether for rallies, tours or concours events.

Sports Car Market reviewed this car after the January 2012 Gooding & Co. auction where the present owner acquired her.  Their comments continued: “There are some cars at auction that are so well restored that discussions of the condition become pointless.  This Austin-Healey is certainly one of them.  Its paint, interior, chrome and engine compartment are impeccable.”

This Healey was built from the 11th through the 15th of January of 1960 and was dispatched to Portland, OR on the 4th of February 1960.  It was purchased new in Northern California by a gentleman who enjoyed her for six years.  In March of 1966, she was acquired by her second owner who was a young engineer working on the American space program. He drove her regularly until about 1971, having accumulated about 44,000 miles.  By 1971, his growing family necessitated different automotive needs, so he stored her in a garage for another 39 years!  Her next owner, David Pennington from Northern California, acquired her in 2005 and set out on a comprehensive restoration that was completed in 2011.  Her present owner for the past 10 years acquired her at the Gooding & Co auction and has enjoyed her on two Copperstate 1000 rallies.  He has maintained her to the highest standards, including a full engine rebuild.

The restoration was very thorough and the attention to detail is spectacular.  The paint and body were done by Igor Boun of Citrus Heights, CA and the results are spectacular.  The Black with Red cove is classic and is complemented with chrome wire wheels.  The exterior is nearly perfect in every regard.

The interior is stunning in her red leather contrasted with black piping.  The red carpeting and the red leather wrapping the dashboard and door panels looks just right.  The combination of the red and black looks better than we remember seeing it before.  The execution of this restoration truly sets it apart.

The venerable 2,912 cc overhead valve straight six-cylinder engine performs brilliantly producing 124 hp.  It is the original numbers matching engine that has been thoroughly rebuilt since its restoration.  The documentation is available for viewing.  The four-speed transmission is enhanced by its electronic overdrive, an original option from the factory.  The braking is from front discs.

Included in the sale are the side curtains, tonneau cover and car cover.

For more details and information, please call, text or email Harry Clark at +1.602.245.7200 or harry@classicpromenade.com.  This Healey is available for viewing at our Phoenix showroom. 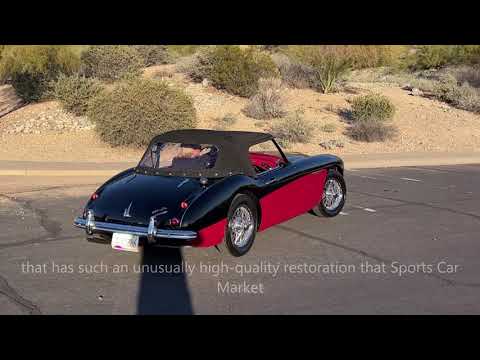 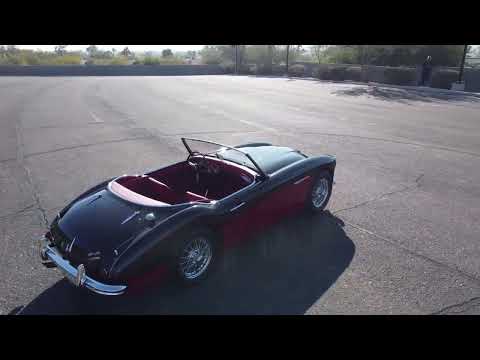 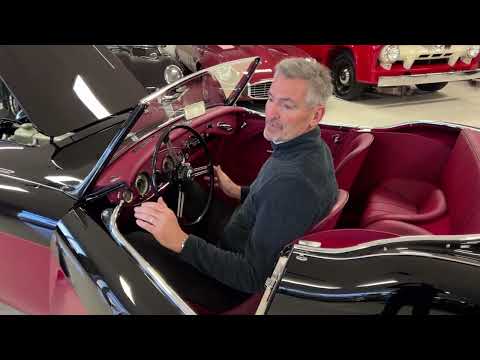