As most of you know, we rarely carry trucks in our lineup. This is exceptional having been in one family since new. Our clients dad bought this in Long Beach, CA in 1954, and he has owned it since about 1960!! Being fully and correctly restored, it is a terrific truck to use and enjoy.

PRICE REDUCED $10,000!  This is a one-family since new 1954 Ford F-100 ½ Ton pickup truck that has benefitted from a full body off the frame correct restoration.  This truck has spent its entire life in California, Utah and Arizona and has always been rust free.  We love the correct Vermillion Red livery and the Ford Power King 239 cid overhead valve V8 with overdrive.  If you are looking for a correctly restored original truck with exceptional provenance, this could be the one to buy.  The engine will need work as mentioned below, this is the reason for the price reduction.

This F-100 was bought new at Milburns Ford on Anaheim Street in Long Beach, CA by Ralph Lewis Pfeiler in 1954.  Ralph was an entrepreneur that had both a restaurant and a tire shop in Long Beach.  This truck was his daily driving work truck until about 1960 when he bought a 1958 model pickup.  Ralph then gave this truck to his son Phil to use while he was ramping up his air taxi business in Kanab, Utah.  The younger Mr. Pheiler used the truck to travel between California and Utah and eventually just stored it until moving it to his new home in Aguila, AZ in 1985.

By 2000, Phil had commenced a comprehensive restoration down to the bare chassis.  Over the next several years he completed its painstaking restoration back to its original configuration. Included with the purchase of the truck is the extensive documentation, both a trove of receipts as well as wonderful photos of the work performed.  All of its original drivetrain and panels were restored and used.  The ailing Mr. Pfeiler has given us his collection of three vehicles to sell on his behalf.

The livery is finished in its original and classic Vermillion red.  The paint is of good quality with some orange peel and slight debris.  According to Mr. Pfeiler, the restoration is accurately done to the best of his ability.  The running boards and original optional 16″ wheels are painted a complimentary black.  The chrome and stainless trim are in very good condition with the exception of a small bend in the front bumper that is shown in the photos.  The rear bed has been upgraded to an optional white oak board rather than the original pine.  The wood has been well finished and covered with stainless steel strips.

The interior is well restored.  The Gray and Burgundy vinyl was researched thoroughly by Phil to be very faithful to the original.  The seats are correctly rebuilt with the original burlap and finishing materials.

The engine compartment and engine are very well detailed.  Its original Ford Power King 239 cid V8 has been completely rebuilt by Roadrunner Engine in Phoenix.  We have had the engine tested and it will need to be partially rebuilt again as at least one cylinder has scoring.  This is the reason for the price reduction to allow the next owner the ability to cost-effectively rebuild it as needed.  The odometer was rebuilt and set back to zero, so the truck has been enjoyed about 1,500 miles since its restoration.  The three-speed with overdrive transmission was also rebuilt.  The four-wheel drum brakes and all suspension components work well.   The F-100 runs very well, but it does blow smoke that can be seen in the videos.  The State of California mandated decades ago that a hose be fed from the valve cover to the air cleaner.  When the truck was restored they kept this modification. It is believed that this is causing the truck to smoke and we will be testing this by rerouting the hose.

The truck comes with a cover, the history file and photos as well as a trove of spare parts.

For more information and detail, please call, email or text Chip Henson at +1.602.509.4776 or chip@classicpromenade.com.  The truck is available for inspection at our Phoenix showroom. 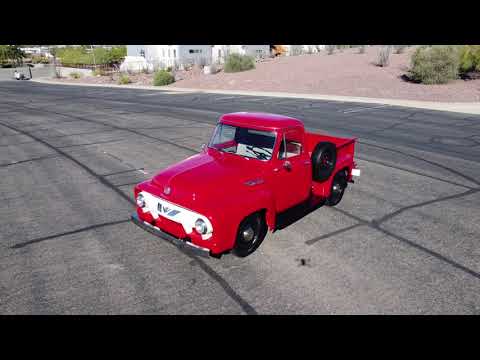 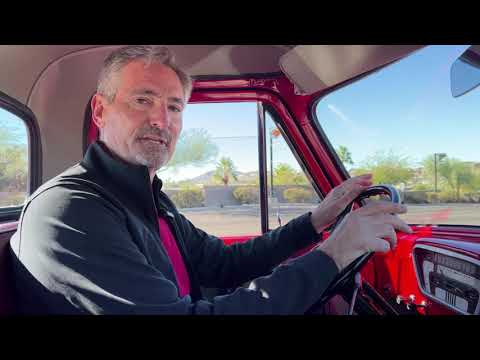