I love the Cosmopolitan Convertibles. They were far ahead of their time from a performance, luxury and design standpoint.

This is a beautiful example of a low mileage 1949 Lincoln Cosmopolitan Convertible that is one of only 12 known extant.  We have been fortunate to have owned a total of four of the 12 1949 Cosmopolitan convertibles known to exist.  This example is perfect for regional shows, concours events and touring as it has 45,500 miles from new and has been restored as-needed.

The Lincoln Cosmopolitans were ground breaking.  It was the replacement for the Continental, as Lincoln’s top-of-the-line offering.  With only 1,230 convertibles built, most car enthusiasts had never seen one, even when they were new.

This example was owned until 2013 by David Johnson of Salem, OH with a recorded 43,020 actual miles.  It had been shown at the Glenmore Gathering Concours and much of the restoration had been done before 2013.  The Cosmo was then sold on March 17, 2013 to Richard Greenhouse of Imperial, PA.  Richard and his wife enjoyed the Cosmopolitan for the next eight years until his recent passing.

This Cosmopolitan looks terrific in its color combination.  The Calabash Yellow (Paint Code 8H) livery is in touring condition with beautiful shine and luster.  There are a variety of small touched up chips in the high use areas and one small crack on the passengers side front fender, as shown in the photo gallery.

The chrome and stainless is in very nice to excellent condition throughout.  And the Cosmopolitan is covered in chrome!  We especially love the enormous chrome brow above the front fenders, a unique application for the Cosmopolitans.  Also significant are the Frenched in headlights and taillights, making the Cosmopolitans look like a custom concept car, not a limited production car.

The black Haartz cloth canvas convertible top is in excellent condition and comes complete with a matching black top boot.  The power convertible top operations work very well.  We have receipts for the rebuild of the hydraulic systems over the years.  All of the power windows operate as well as the convertible top and the power front passengers seat.

The correct solid maroon leather is in the perfect color to compliment the Calabash Yellow paint.  The leather is very soft and supple and is in very nice condition overall, with only minor scratches from use over the years.  The novel power operated front seat is functioning.  The matching maroon painted dashboard is also in very nice original condition, supporting the low mileage and gentle care that its received over the decades.  The exclusive gold hued knobs and buttons are also in very nice condition.  The maroon carpeting is in overall good condition.

Attempting to find a suitable replacement for the Continentals V12, Ford engineers got creative for the 1949 Cosmopolitans.  The 336.7 CID flathead V8 was sourced out of the Ford motor company commercial truck line and delivered 152 hp.  It is loaded with torque and very robust and dependable.  On this example, the V8 is paired with a three-speed with overdrive, giving it excellent acceleration when compared to the Hydramatic.  This would easily outperform its contemporaries, such as the Packard Custom Eight.  The engine compartment is fairly well detailed for local shows.  Please review the 158-point inspection report covering the condition of the Cosmopolitan.  While this Cosmopolitan will benefit from small improvements, it is a very nice and attractive example.

This is an incredibly rare opportunity to acquire an iconic top-of-the-line late-1940’s convertible.  For more information and details, please call, text or email Harry Clark at +1.602.245.7200 or harry@classicpromenade.com.  The Cosmopolitan is available for viewing at our Phoenix showroom. 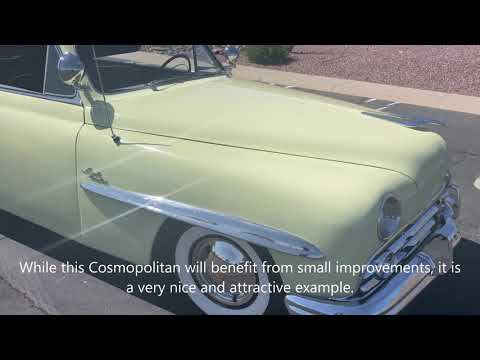 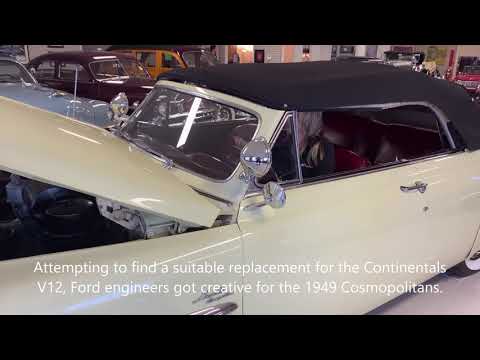 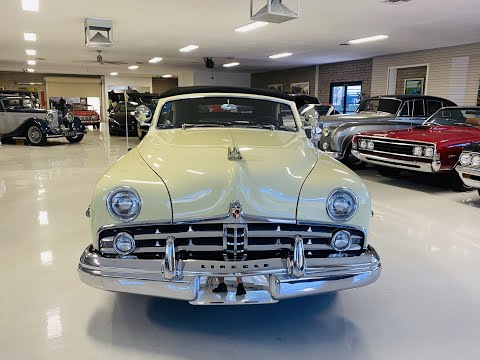