The 1947 Packard Custom Super Clippers are absolutely one of the nicest driving CCCA Classics on the road. They are so similar to a modern car. And Vanderbilt Grey looks stunning on these sedans.

This is a stunning example of the iconic 1947 Packard Custom Super Clipper that has been fully restored and has been an award winner as well as a tour veteran.  This Packard has been heavily involved in the Southern California Packard scene for the last two decades.  It has been awarded the coveted Circle of Champions from Packard’s International and has been continually upgraded since.

The livery is finished in the rare and gorgeous Vanderbilt Grey with beautifully refinished chrome throughout.  The Firestone wide white wall tires, stainless trim rings and cloisonné medallions all compliment the Grey exterior.   The exterior paint is in excellent show condition.  There is a small area on the drivers side fender with some small sub-surface reaction under the paint.  It is hardly noticeable except upon close inspection (which is our role).  The balance of the paint is really excellent with nice panel fit and well polished for show.  The chrome, as mentioned previously, is excellent overall throughout.  The classic Packard hubcaps have a few small dings, likely being original rather than reproductions.  Again, no noticeable flaws are visible without close inspection.

The interior is perhaps the most gorgeous interior for the Post-War era.  The beautiful maroon interior is complimented with beige piping throughout.  The interior has been completely and thoroughly restored, with perhaps the exception of the dashboard, which appears to have been coated over the years to preserve it, in-place.  The exceptional wool mosstred carpeting is a masterpiece of Packard elegance.  The unique feature of the Custom Super Clipper is the headliner, which bows runs the from the front to the back, rather than side to side as with all other cars.  This Packard features the radio, dual heaters, the Packard fog lights and the reverse light.

The venerable 356 CID straight eight is the heart and soul of the Packard’s.  It is arguably the best engine that Packard ever produced.  With nine main bearings, 165 HP and fantastic reliability, it is truly a wonder for its day.  This engine has been completely rebuilt, including all of its ancillary pieces.  Some of the best experts in Packard have helped in the restoration of this car.  The three speed with overdrive transmission has been rebuilt by Cy Benyamin.  The rear end, brakes, suspension and literally every aspect of the drivetrain have been completely rebuilt.

According to the data plate, this Packard was sold new on March 31, 1947 at the Packard Lancaster dealership in Lancaster, PA.  By 2002, it was acquired by Dr. Darryl Killian in the Santa Barbara area.  Dr. Killian commenced the restoration and allowing it to earn the Circle of Champions from Packard’s International in 2007.  This is PI’s highest honors for its annual concours event.  Included in the sale is about $40,000 worth of restoration receipts, which is but a fraction of the total investment in this gorgeous example.  On July 23, 2017, Dr. Killian had passed and the ownership of the Super Clipper was transferred to Dr. Jay Ball.  Dr. Ball is well known within Packard circles as having restored some of the nicest and most perfect Packard’s extant.   Dr. Ball improved the Packard and helped it become what it is today.

Every part of the drivetrain, from the venerable 356 CID nine main bearing straight eight engine to its three speed with overdrive transmission, has been professionally rebuilt.  This includes the front end, brakes, suspension, rear end and more.  This is a beautifully driving Packard, as a Custom Super Clipper should be!

If you are looking for an exceptional example of a 1947 Packard Custom Super Clipper sedan, this may be the car for you.  Whether to enjoy long distance tours or to show, this is a wonderful car.

For more details and information, please call, text or email Harry Clark at +1.602.245.7200 or harry@classicpromenade.com.  The Packard is available for viewing in our Phoenix showroom. 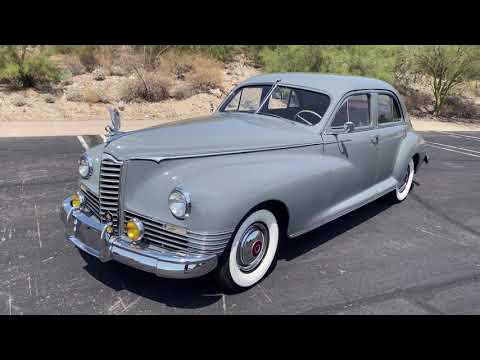 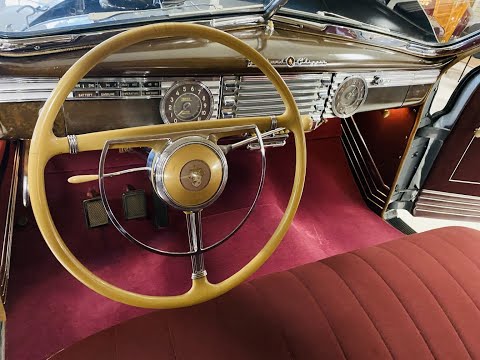 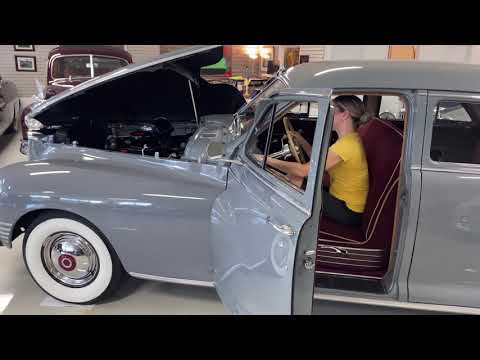