This is said to be one of three in existence and, having benefitted from a recent no-expense spared restoration by Hudson experts, is likely the nicest in the World. This Hudson is so incredibly different. Look at the dashboard, the trim, the way the hood opens or the way the power convertible top operates. It's as though Hudson was from another planet, in a great way.

This is likely the nicest 1942 Hudson Super Six Deluxe Convertible in the world, after benefitting from a complete body-off restoration by the marque experts at 21st Century Hudson performed from 2016 through 2017.  This is considered to be one of only three Super Six convertibles known extant.  It is now presented beautifully and ready to add to any collection of American convertibles.

This Hudson was completed in Pageant Green livery with loads of NOS trim pieces and beautifully finished chrome.  The paint is in show condition being fully polished for concours.  The owner of 21st Century Hudson, Russ Maas, restored this for himself.  He used his cache of NOS parts to ensure that this example would be the very best.  The power tan Stayfast cloth convertible top with maroon piping and was installed by Twin City Upholstery in Bloomington, IL.

The interior was also done by Twin City Upholstery in a beautiful saddle leather.  The dashboard has a gorgeous faux woodgraining that looks perfect with the compliment of art deco design instrumentation.  The interior, much like the rest of the Hudson, looks as-new.  We love the gray NOS steering wheel and the very cool delicate horn trim pieces.  Most of the trim was a one-year only, very rare and impossible to find.

The engine compartment is beautifully detailed.   The 212 CID Power Dome 6-cylinder engine was rated at 102 hp and it has a three-speed manual transmission with overdrive.  The engine was rebuilt by Hudson legend Randy Maas and the transmission and overdrive were rebuilt by the 50-year Hudson Club member Al Saffrahn from Maricopa, AZ.  The Hudson performs well and the overdrive works great, increasing fuel economy, engine life and top speeds by up to 28%.

The chassis has been completely restored as well.  The photos show the chassis with some mud splatter which we will attempt to clean for new photos.  But it is clear that this was a complete body-off restoration and nothing was left wanting.

This Hudson was discovered in Utah in 1976 by Hudson Club member Gary Eisenberg of Fort Collins, CO.  Gary enjoyed the Hudson until 2015, when it was purchased by Russ Maas of 21st Century Hudson.  The Hudson comes with a compliment of Owner’s Manuals and other documentation.

For more information and details, please call, text or email Harry Clark at +1.602.245.7200 or harry@classicpromenade.com.  The Super Six is available for inspection at our Phoenix showroom. 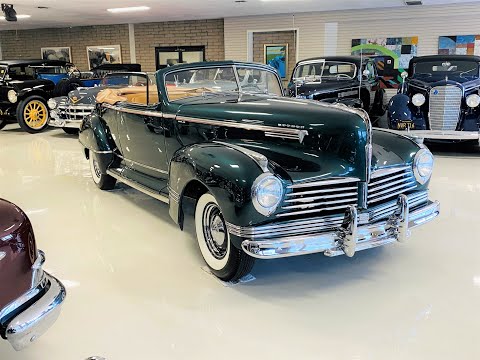 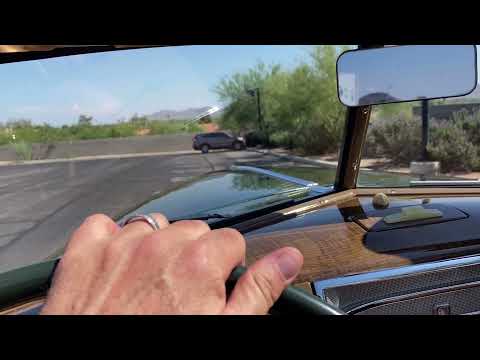