This is a true 30,000 mile example who's last owner enjoyed it for 48 years! These are terrific driving Classics!

This is a rare example of a 1940 Packard 160 Super Eight Touring Sedan that has accumulated 30,000 miles from new with the last owner caring for it for the past 48 years.  This is a driver or touring quality 160 that has a completely original interior and has had one repaint since new in French Blue.  The 1940 senior Packards with overdrive are one of the very best driving CCCA Full Classics.

Bought new at Fargo Garage in Fargo, North Dakota, this Packard was in Minnesota by the early 1970’s.  By August 16, 1973, this Packard was bought by Mr. Arthur Stone and was one of his very first Packards.  We still have the original title from 1973 in the Packards file!  Mr. Stone founded the Ft. Lauderdale Antique Car Museum, which was arguably one of the finest all-Packard auto museums opened to the public.  By 2001, Mr. Stone transferred ownership of the Packard to his museum.  We acquired this Packard directly from the museum after Mr. Stone’s passing.

The livery is in Packard French Blue, which is a vibrant, deep and rich color.  The paint is touring quality and would be fine for local and regional car shows, but is not concours.  The paint has several areas of imperfection when inspected closely (See close-up photos in the photo gallery).  This features dual side mounted spares with the correct metal covers and trim.  The Packard is complimented with ample chrome throughout, including its Goddess of Speed hood ornament.  The chrome and stainless are all original and in nice condition, consistent with the rest of the car and for a 30,000-mile example.  The blackwall tires give it an austere look.  We would recommend installing wide white wall radials for touring.

The interior is all original.  The wool broadcloth is in overall very nice condition, and in stunning condition when you factor in that it is 81 years old!  The drivers seat shows some wear and has two tears on its side.  Near the drivers seat is a small hole.  Other than that, the wool is in very nice condition.  The back seat is in especially nice condition.   The dashboard has the normal warping that happens with that plastic over the years.  It appears as though it had a radio at one time which is now missing (NOTE: We have ordered the factory radio delete plate to cover the radio section).  This Packard features its optional heater.

The engine compartment is very clean and in nice condition.  It is detailed appropriately for local and regional shows.  The venerable 356 CID straight eight nine main bearing engine is considered one of the very best engines of the classic era.  With 160 hp, the Packard runs and drives well, and with its optional overdrive is capable of driving all day long at freeway speeds.  These are very dependable tour cars and have characteristics much like more modern cars.  With its relatively short 127-inch wheelbase, this Packard is more maneuverable and easier to drive.

For valuation purposes, the NADA retail value is $36,700, so we have this priced fairly.

For more details and information, please call, text or email Harry Clark at +1.602.245.7200 or harry@classicpromenade.com.  This Packard is in our Phoenix showroom. 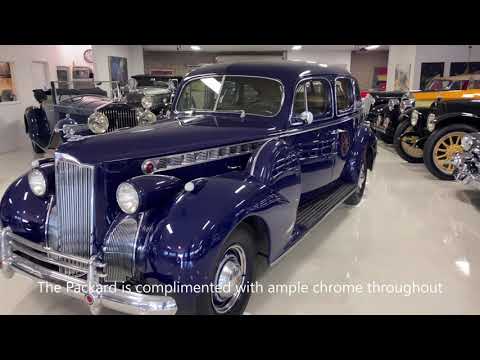 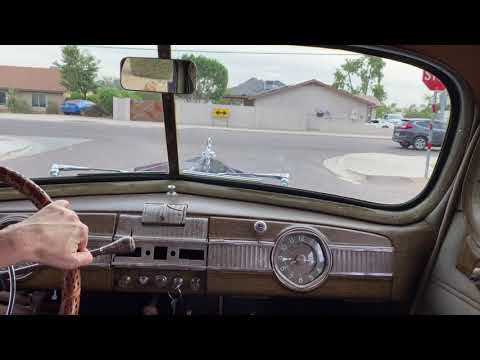 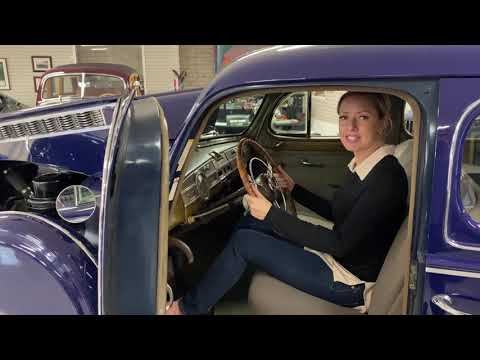