Of the five V16 Convertible Sedans made in 1938, this is certainly one of the nicest extant. With 15,000 original miles, this looks and drives like a dream. All the restoration work was performed by the experts at Steve Babinsky's Automotive Restorations.

This is a multiple award winning 1938 Cadillac V16 Convertible Sedan that has accumulated a mere 15,000 miles since new.  Having benefited from beautiful repaint and new tan canvas convertible top, this has been maintained and preserved to concours standards.  The interior is believed to be largely original and is in fantastic condition, as one would expect for 15,000 miles.  This is just one of five model 38-9029 V16 Convertible Sedans made and is undoubtedly the lowest mileage known extant.

This V16 was delivered new from the factory to The Chesapeake Cadillac Co. and found in the late 1980’s in a garage in Harrisburg, PA as an incredible mint original car.  The V16 was then acquired by a well-respected collector of Duesenberg and Packard’s, Dr. Robert Gates from Mendham, NJ.  Dr. Gates wanted to make this a concours quality example and sent the V16 to Steve Babinsky’s Automotive Restorations in New Jersey.

Mr. Babinsky is respected as having one of the best restoration facilities in the United States.  He proceeded to take this mint original Cadillac and competed a bare metal respray, completely new tan canvas convertible top, rebuild the mechanicals and rewired the electrical system.  In his words, “this was one of the nicest he’s seen.”  The restoration work by Automotive Restorations was performed from 1999 to 2004.  Dr. Gates enjoyed showing his cars but by 2011 liquidated his collection due to his advanced age.  Scott Simdorn from Ottertail, MN acquired this V16 from collector car icon Tom Crook in Kent, WA on January 23, 2011.

The V16 has earned its national Senior First from the Classic Car Club of America as well as the AACA National First in 2011.  It has also earned first place at various concours events.  Today she presents beautifully and would continue to perform well on the show field as well as on tours.

The livery was beautifully refinished in its original Black.  The paint is polished for concours and most all of the stainless-steel trim and chrome is beautifully finished.  There are various scratches on the rear bumper and the running boards are original and the rubber is somewhat dry, but incredible for an original example.  The wide white walled tires are thought to be the second set of tires installed on the car since new.  The tread is almost as new even though the tires themselves are decades old.  The dual side mounted spares look formal and add to the presence of this 141 ¼ inch wheelbase Cadillac.

The interior is a mixture of original and restored.  The rear seats are most definitely the original black leather.  The front seats may have been replaced.  The interior is absolutely stunning.  The brown moss tread carpeting is gorgeous.  The Fleetwood clock is installed in the rear compartment below the division window.  The art deco styled dashboard is beautiful with nicely functioning gauges and instruments.  The interior is surrounded in wood which is all original and beautiful.

The engine compartment is well detailed and the original 431 cid V16 was rebuilt by Automotive Restorations ensuring that it is performing beautifully today.  The V16 produces 185 bhp and runs and drives very well.  The engine is very quiet (save for the squeaky fan belt, etc.).  The chassis appears all original and in very nice condition.  It reflects being well serviced and maintained.

Included in the sale are some original tools and tool bag, a top boot cover and a copy of the original factory build sheet.

For more information and details, please call, text or email Harry Clark at +1.602.245.7200 or harry@classicpromenade.com.  The V16 is available for viewing at our Phoenix showroom. 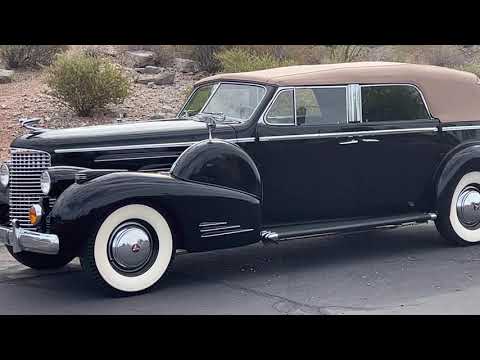 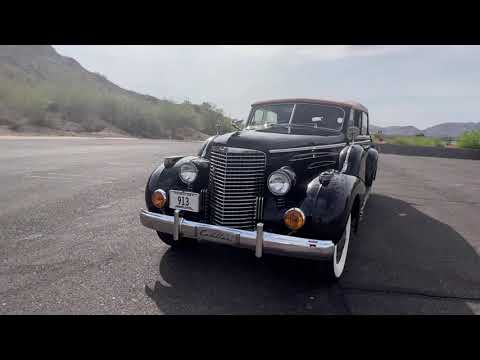 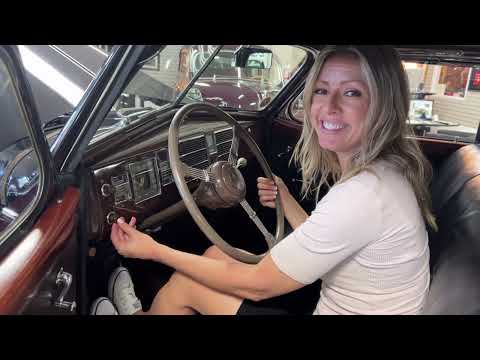