We love the close-coupled design of this elegant Phantom II. It is very sleek and sexy and is an absolute joy to drive with its power steering and overdrive.

This is a beautiful example of the iconic 1935 Rolls-Royce Phantom II HJ Mulliner Sports Limousine that wears an older restoration and is a proven tour car.  While this Phantom has been made a formidable touring car, it remains cosmetically nice enough for most concours. This Phantom (43TA) is well documented and has been upgraded with power steering, which improves its drivability and makes it a joy to drive. 43TA was also ordered with the overdrive gearing specific to Continental chassis.  This Rolls-Royce is featured in Lawrence Dalton’s “Those Elegant Rolls Royce” published in 1997.

43TA was delivered new to 24-year-old American Robert Sweeny at his residence at the Grosvenor House Hotel in Park Lane, London on March 23, 1935. Robert Sweeny was a businessman and Oxford graduate.  He went on to win the 1937 British Amateur Golf Championship. His career stalled when he was beaten by Arnold Palmer on the last hole of the US Amateur Golf Championship in 1954, the match that launched Palmer’s golfing stardom.  It was specially ordered when new with its kneeling lady mascot, which had been first introduced in January of 1934.

After Sweeny’s ownership, this Phantom enjoyed a documented series of owners in the UK and by the 1960s was on the East Coast of the USA.  It eventually came into the ownership of Dr. Mirkhani of Connecticut. Following a thorough restoration under his ownership in the early 1980s it was returned to the UK in the ownership of classic car enthusiast and avid rally participant, John Sangster.

In 1991 it was sought out and acquired by Sir James Cayzer, flamboyant scion of a shipping empire, friend of the Queen Mother and collector of early Rolls Royce cars.  Sir James had known this Rolls-Royce during the Sweeny ownership and returned the car to its original paint and interior specifications.  During Sir James ownership, in 2005 the car had a complete and documented engine rebuild by Milford Engineering.  In addition, the power steering was installed, making for a wonderful driving experience.   When Sir James died in early 2012 his collection was sold off, at which time the current owner bought the car.  The car still bears Sir James’ family crest on the rear doors.

The current owner, Mr. John Tulloch, purchased the car for touring in the USA, including the successful completion of the 26th Annual Arizona Copperstate Rally in 2016, a grueling trip of 1,000 miles in four days.

The livery is beautiful in its elegant Steel Dusk (Gray) and Black two-tone paint, Black Ace Wheel covers and black walled Firestone tires.  The paint has beautiful shine and luster and has many areas of small touched up chips from normal use.   The chrome and stainless steel are in overall very nice condition, with wear evident in the high use areas such as the wheel hubs. This close-coupled Phantom has some appealing styling touches and nicely finished throughout. It has Marchal headlamps, louvered bonnet and scuttle, and twin side-mounted spare wheels with fitted covers.  We love the sleek design and its nicely raked and low-cut windscreen and its bustle back trunk.

The interior features a beautiful light blue leather in very nice condition. There are no rips or tears and the soft leather is not worn. The carpeting is a wonderful lighter blue Wilton wool in very nice condition. The rear passenger compartment has two cigar vanities and the picnic tables have two vanities built in, one for cosmetics (beveled mirror included) and the other appropriate for a humidor.  In addition, there are two additional vanity compartments in both of the rear C-pillar posts.  These include doors, mirrors and small compartments for notepads, pencils and the like.  The beautiful curved lines on the interior wood door cap panels and matching leather lines of the piping give this a great art deco appeal.

Mechanically, the Phantom II has been thoroughly restored by some of the top engineers specializing in Rolls-Royce and Bentley.  Overall, it is in very nice mechanical condition, having benefitted from its earlier thorough restoration.  The power steering is well engineered and installed in the UK and make an incredible difference in the driving experience.  Sharp cornering is very easy, as is turning the wheel while stationary (normally very difficult to do). 43TA was ordered new with the high-speed Continental gearing for higher speed driving and touring.  These enhancements make this Phantom much more agile to drive and makes it even pleasurable around town.  43TA is freshly serviced and ready for use.  We did find that the clock and fuel gauge were not functioning, and that the speedometer wobbles.  Otherwise, she is in great condition for tours and driving. The engine compartment is in nice show condition and chassis looks as an older restoration with several thousand enjoyable miles added since.

This car comes with a very extensive history, receipts, documentation, and two versions of the owner’s manual, one for shop use and one for show.  It has its wheel wrench and a full compliment of tools, but is without its original tool tray.

For more information and details, please call, text or email Harry Clark at +1.602.245.7200 or sales@classicpromenade.com.  This Phantom II is available for viewing in our Phoenix showroom. 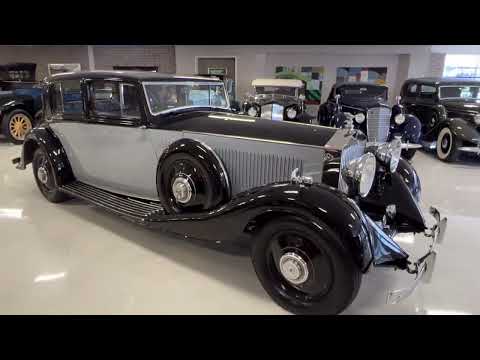 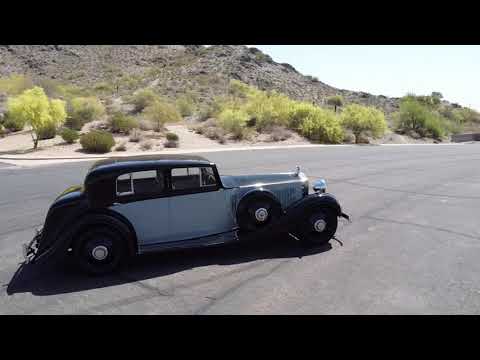