SALE PENDING to Pennsylvania!  This is a wonderfully preserved 1920 Packard 3-35 Twin Six Holbrook Limousine that features much of its original paint and finishes after having accumulated just 28,000 miles.  Having spent decades in the care of museums, this Twin Six is in stunning original condition.

This Twin Six was exhibited at the Greenfield Village show in 1953 by Mr. Ford Beers of Sebewaing, MI.   In 1953, this Packard was already 33 years old, but it was respected even then as an important collector car.  In the 1970’s, Richard Staadt of Fort Wayne, IN owned this Packard until it was acquired by a museum in Canton, OH.  From the Ohio Museum, it became part of the famous collection of Mr. Stone’s Ft. Lauderdale Antique Car Museum in 2001.

The Twin Six was the creation of Col. Jesse Vincent, the chief engineer at Packard.  The torque was so plentiful that it was capable of starting in third gear and proceeding to 70 mph.  This reduced significantly the need to shift through the gears (which takes some practice and patience).

With most of its livery being original in Black and Packard Blue hand-brushed and then polished lacquer paint, it is complimented by straw pinstriping, gray artillery wheels and an ample amount of nickel plated accessories.   The paint is in excellent condition today, still showing in most areas the remnants of the hand brushed finish.  Several of the panels appear to have been touched up over the years, which one would expect; however, most of the paint is original and in remarkable condition today.  The black leather top is in excellent condition, no doubt having been restored over the years.  Twin spare wheels and tires are mounted in the rear.  The body is made out of wood frame and aluminum and the fenders are steel.  Look at the gorgeous nickel plated Bow-Tie door handles!

The interior appears to have been restored, with its soft and supple black leather up front for the chauffer and the gorgeous gray wool broadcloth in the passenger compartment.  We are uncertain which portions are pristine original and which have been replaced, but it looks terrific.  In addition to the roomy back seat, there are two jump seats, allowing the rear compartment to comfortably seat five passengers.  In 1920, it was quite rare to have a roll-up division window.  Being a Holbrook bodied limousine, the quality is top notch and will invariably last another 100 years!

We love the raked windshield that Holbrook was well known for.  We also love the upper windshield that protects the main windshield from rain.  Both front and rear passenger areas have the roof vents, that were frequently used to emit cigarette and cigar smoke from the cabins.  The Packard also comes with a correct lap robe for the passengers.  It even comes with an original lap robe lock to prevent the robe from being stolen!

The 424 CID V12 engine produced 90 hp as compared to a Ford Model T producing 20 hp!  The engine fires up readily, after numerous pumps to pressurize the gas tank and fuel system.  After pressurizing the system, the Packard starts up and drives well, and restarts with ease.  The oil pressure is terrific and she runs out well.  There are no wobbles from the wheels or front end.  Everything acts to confirm the 28k miles.  The brakes and steering also feel as they should.

The 136″ wheelbase is fantastic on this limousine.  In total, it weights about 5,000 pounds.

The photos show one of the floorboards missing.  We are presently collecting it from the Museum.  This Packard comes complete with some historical documentation.  It was also featured in the February 24, 2004 edition of AutoWeek magazine.

For more information and details, please call or text Harry Clark at +1.602.245.7200 or harry@classicpromenade.com.  The Twin Six is available for inspection at our Phoenix showroom. 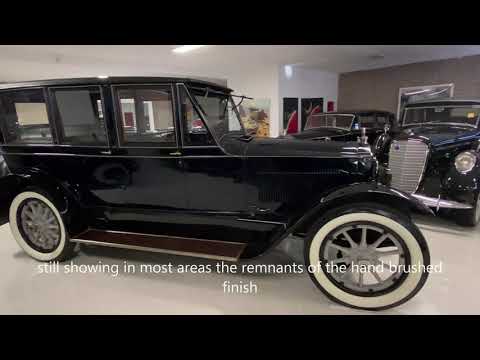 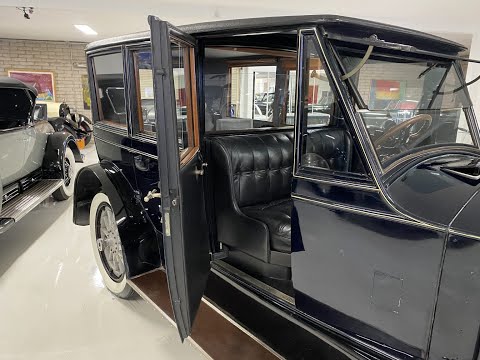 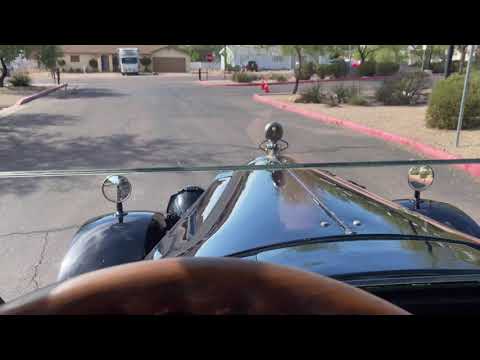 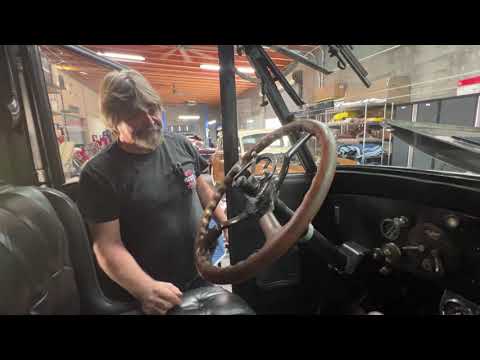